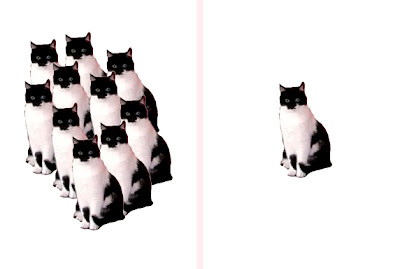 Hi everyone, Katie here.
Remember how I told you that Glogirly has lost the equivalent of 10 of me?
That's in part why Life Time Fitness picked her to throw out the
first pitch at the Minnesota Twins game last Friday. And remember that giant screen at the ballpark? Well I thought you might like to see some of the before and after pictures they put up on it. 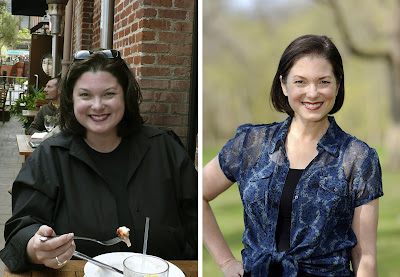 Glogirly thought long and hard about whether or not she wanted to share these photos. But I told her, heck... after having them enlarged to 50+ feet high on that big ballpark screen, what's the big whoop with showing them on my little blog? We hope that maybe they will inspire someone out there who needs just a little push, a little encouragement. Glogirly says that if she can do it, anyone can. She says the hardest part for her was not giving in to excuses, being patient with the ups and downs and saying goodbye to her beloved jelly beans. (specifically, bubble gum flavored Jelly Belly's.) 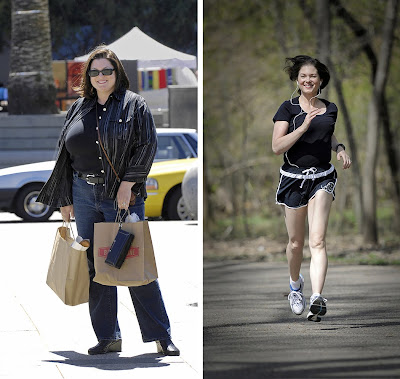 Lots of people have asked Glogirly how she lost the weight and what keeps her motivated. 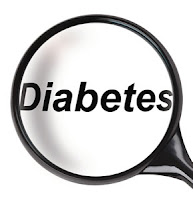 She says that her unexpected diagnosis of diabetes in December of 2008 was a big motivator. 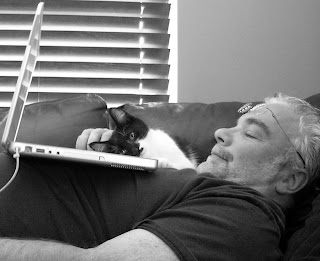 She also says that Me & Gloman were motivators... she wants to be around for a long time because she loves us and thinks we're cute. 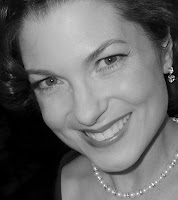 But the real motivator was herself.
She decided she wanted to change her life. She realized that no one could do that for her except HER. And she was determined to do it. The biggest things she changed were the way she eats and exercises. She took a well thought out approach and learned as much as she could about healthy nutrition and exercise. Then she took one day at a time. She never went on a "diet." Diets are temporary. She knew she needed to change her lifestyle and change it forever.
She says she's really happy she doesn't have 10 of me hanging around anymore. She also says the world only needs one of me. 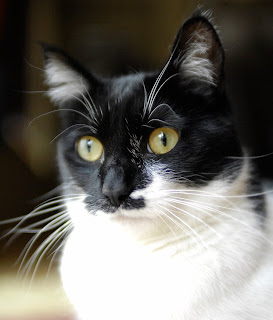 I'm not sure I like the tone with which she said that.
Labels: Diabetes, GLOGIRLY-Tails Of A Cat And Her Girl, Gloman, Katie, Weight Loss