Rush Hour on the Cat Tree 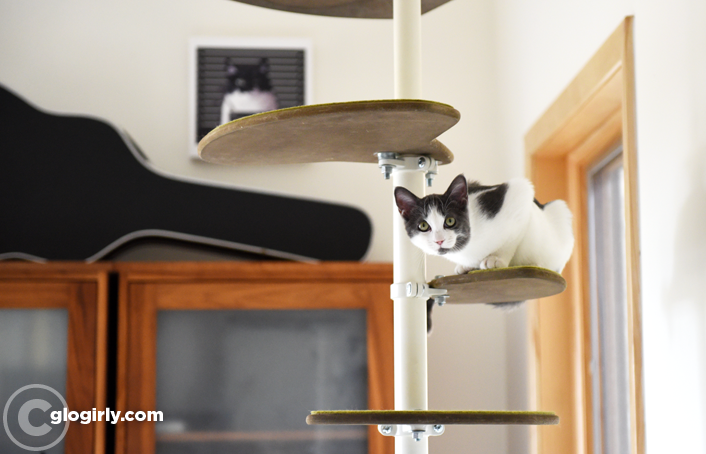 ELLIE:  Hey, Mister Waffles! Lookee lookee! I climbed all the way up the cat tree! 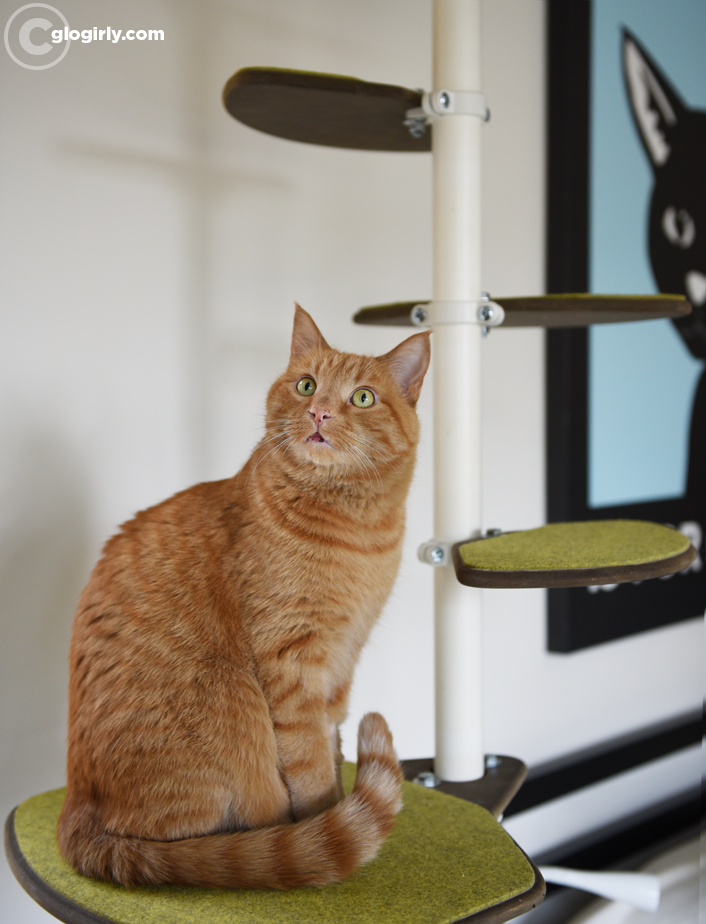 WAFFLES:  ALL the way? You're barely halfway up, Ellie. 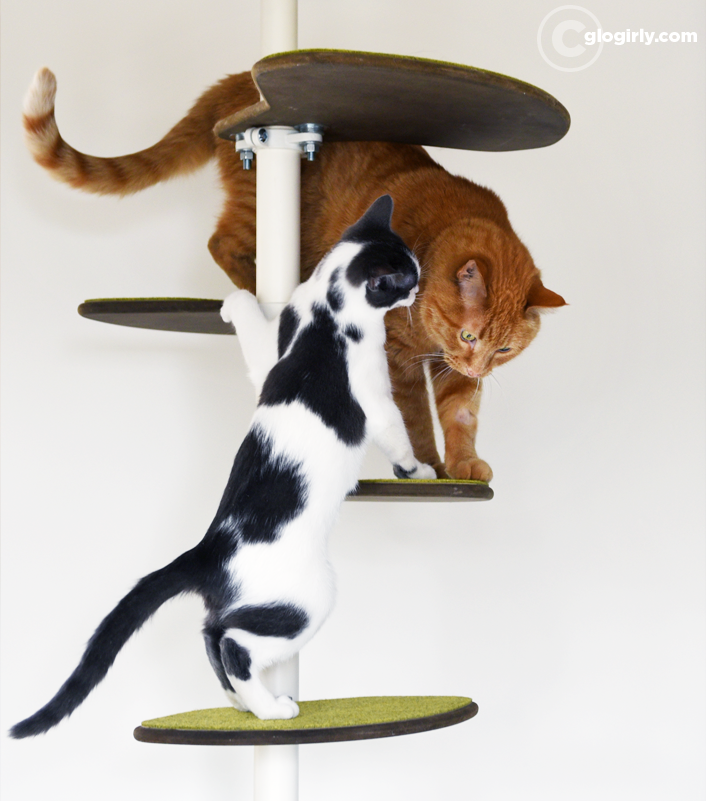 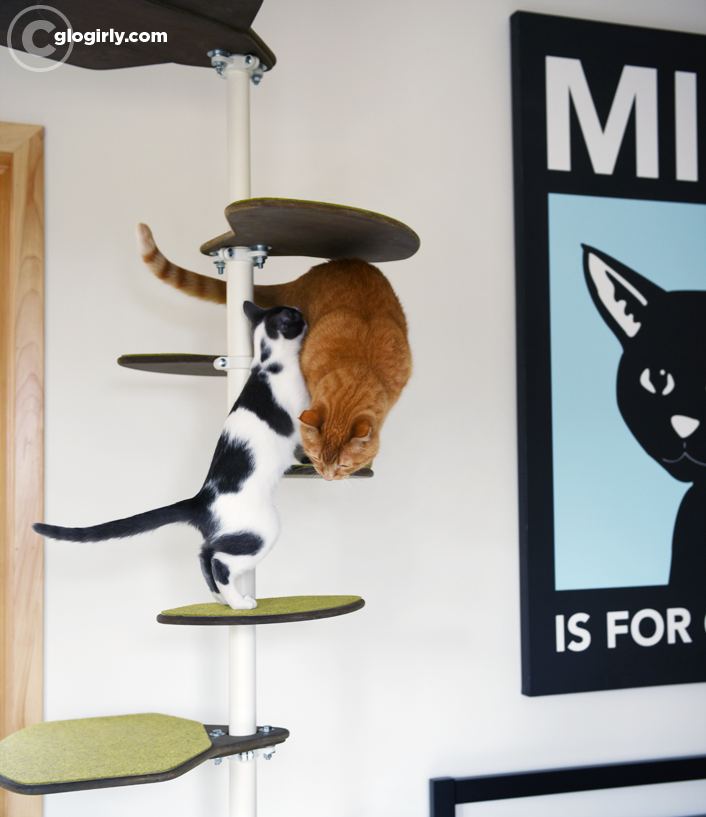 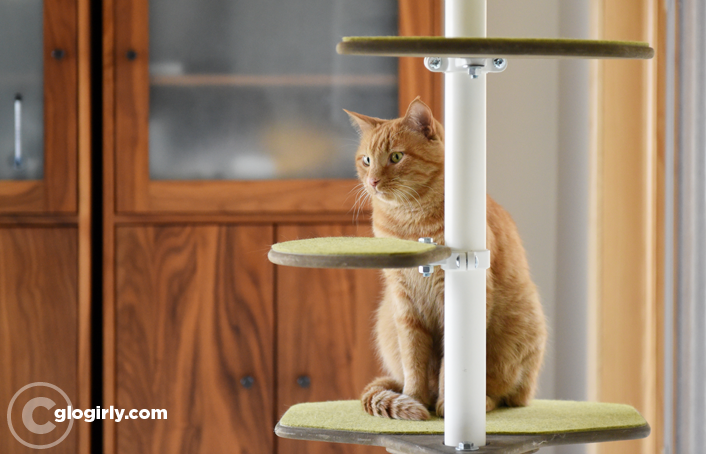 WAFFLES:  Clearly we're going to need some kind of EZ pass sticker thing. Rush hour's going to be a nightmare. 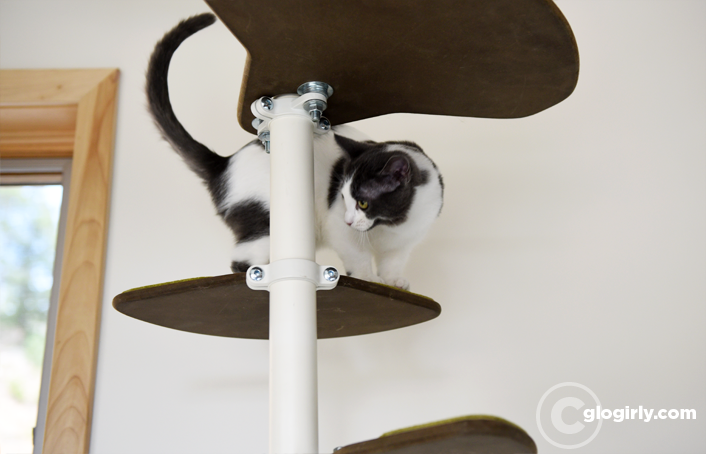 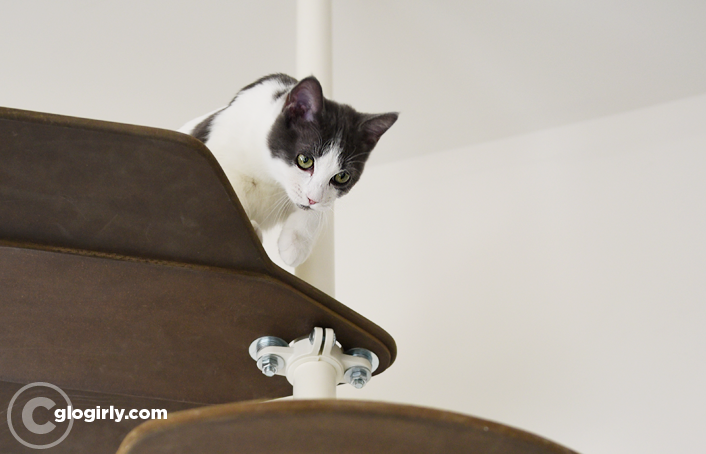 ELLIE:  Ok, this is super high. Like really super crazy-high. 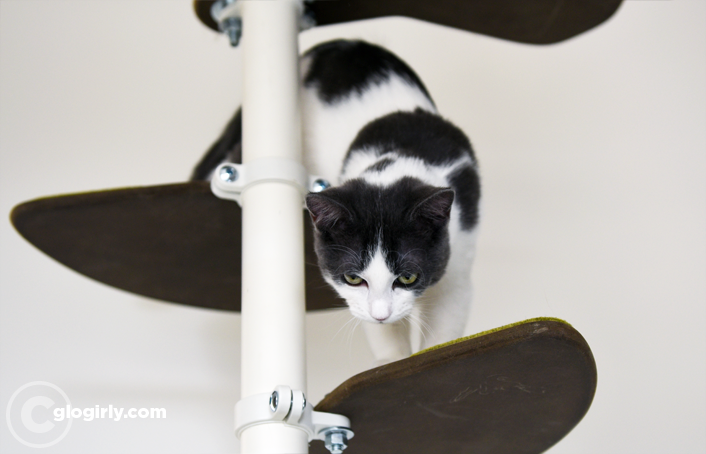 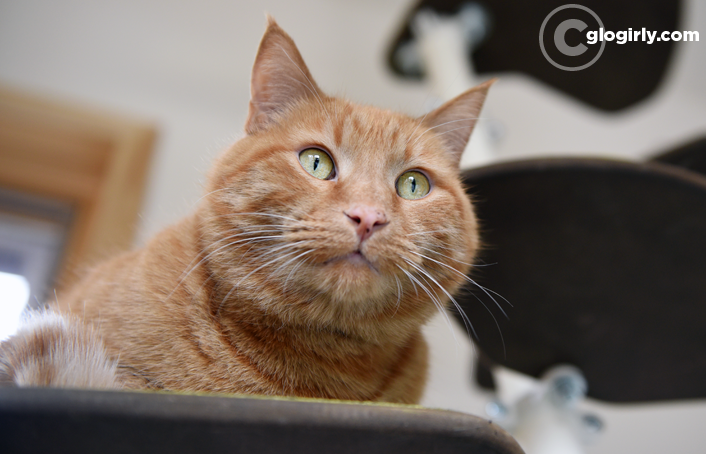 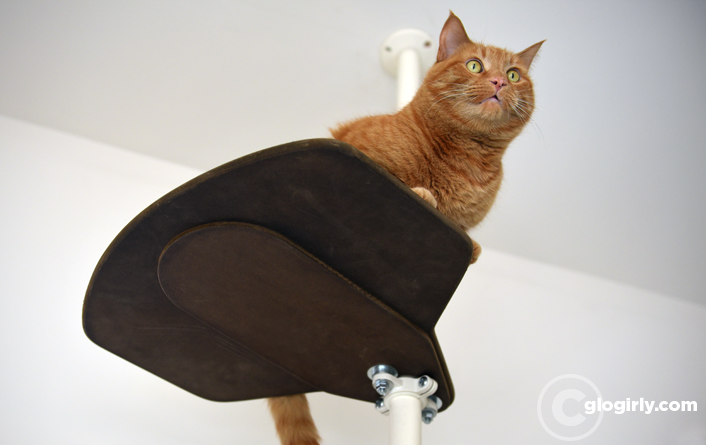 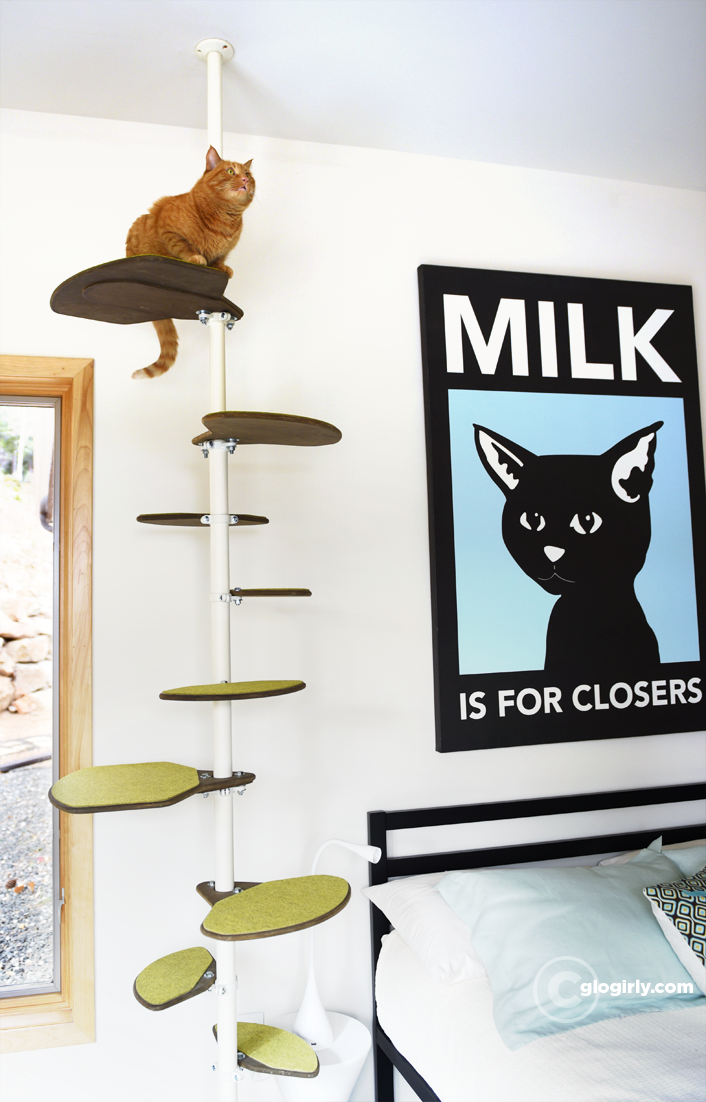 WAFFLES:  KING OF THE CAT TREE!
About Today's Photos
These photos are from a few months ago so you'll probably notice Ellie looks extra tiny. But even now she's still a LOT smaller than Waffles. And even still, Waffles is the one that climbs to the way top of the cat tree to look down and observe his cat kingdom. LOL!
Labels: GLOGIRLY-Tails Of A Cat And Her Girl