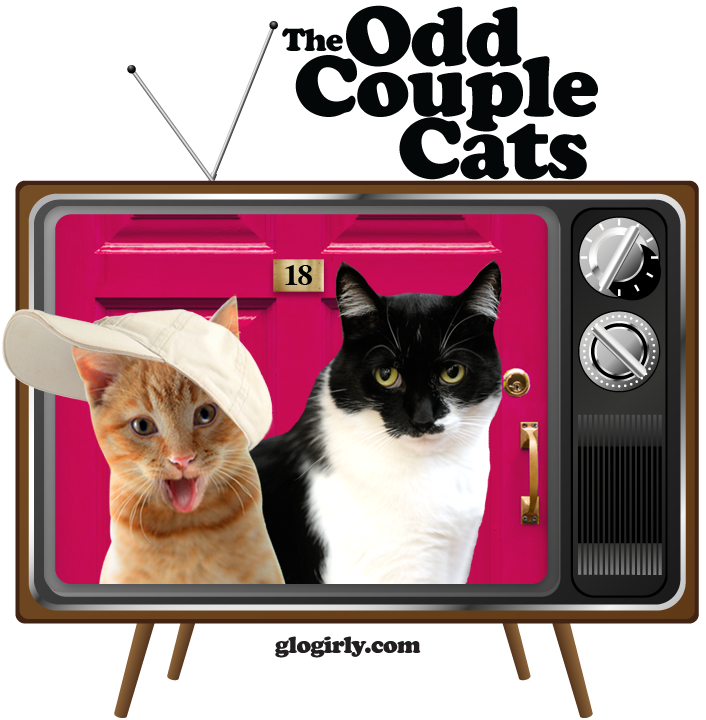 Deep down he knew his life would change.

But he also knew that big things were in store for him.

After a long ride in a strange car, he appeared at the home of Katie, a well known blogging cat.

Several years earlier, Katie had been adopted as well and was living a quiet and comfortable life, free of any *other* cats.

Can two rescued cats share a townhouse and blog without driving each other crazy? 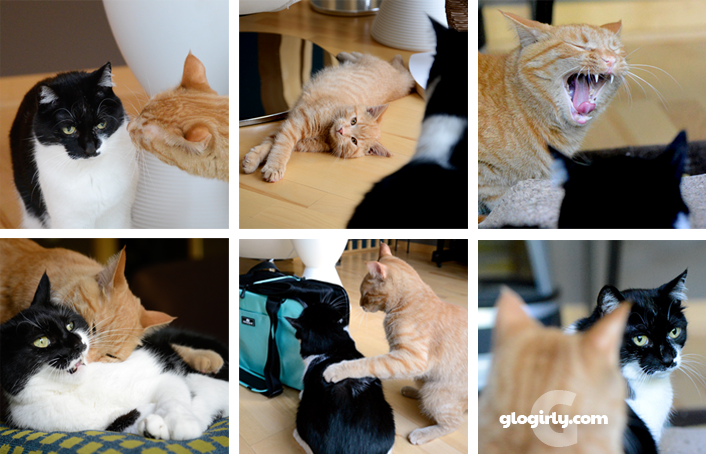 
Earworm Anyone?
Just in case you need to refresh your memory, or would like to compare our version to the original–