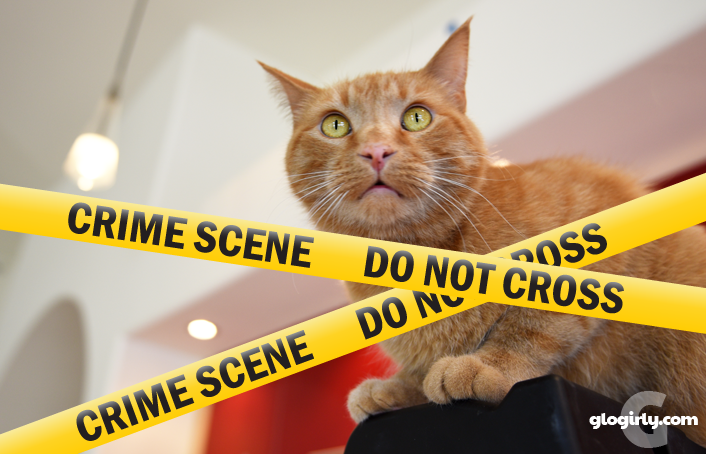 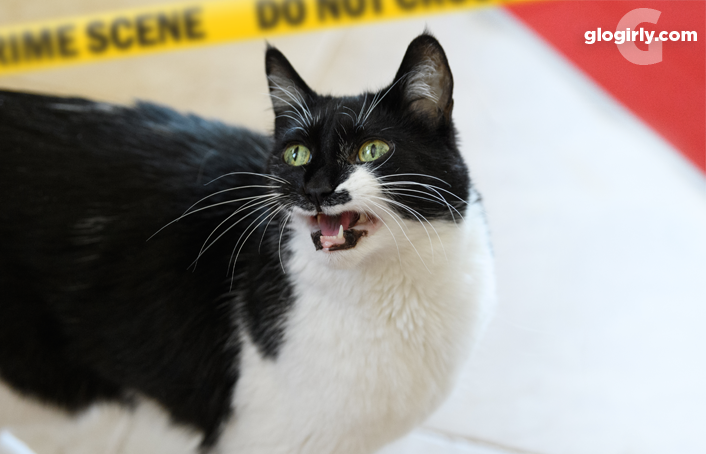 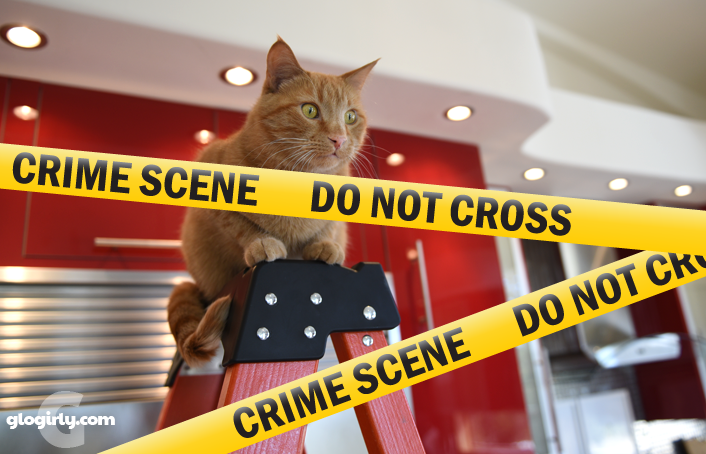 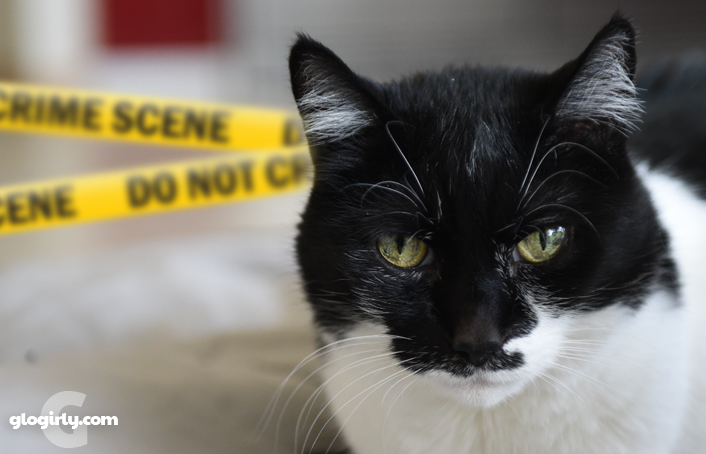 KATIE:  No. The other orange cat named Waffles that lives here. 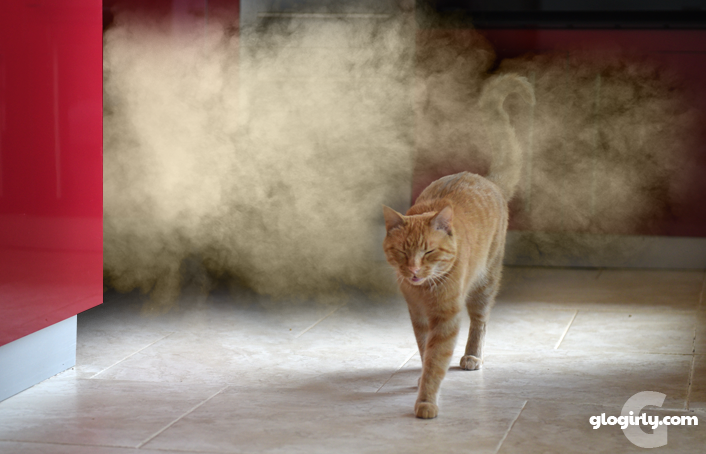 WAFFLES:  Wow, that other orange cat is gonna be in a heap of trouble.

About Today's Reenactment
Last week, while Glogirly was visiting her California family, Waffles and Katie were busy breaking in a new cat sitter team. Everything was going just fine, until the night before she was due back.

She got a text from the cat sitters that read:

"So Waffles got into the kitchen cabinet and ripped two bags of pancake mix apart. I guess Waffles has something against pancakes 🙀😹."

Waffles was fine. Katie too. Apparently once the bags were shredded, they realized there was nothing tasty amidst the pancake mix dust storm. Still, the cat sitters monitored Waffles and Katie closely to make sure no one got sick.

How do we know it was Waffles who breached the cabinets and created the carnage? Well, if you have to ask, you don't know Waffles and Katie very well. Plus, word has it Waffles was seen sporting a pancake mix mustache.

The cat sitters definitely got more than they bargained for. On the flip side, the pancake mix company might have a new spokescat. 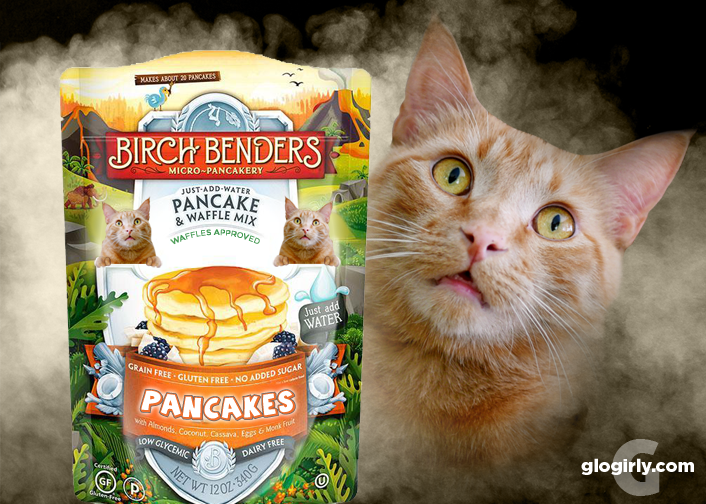 Classic Waffles
Here's one of Waffles' classic kitchen cabinet videos. Would you believe the aforementioned pancake mix was stored in one of the UPPER cabinets??? Sure wish we had video evidence of that!

Click the video below to watch. Or if you're reading from our daily emails, just click HERE to watch our snack cabinet video.

Waffles and the Snack Cabinet from Debbie Glovatsky on Vimeo.
Labels: GLOGIRLY-Tails Of A Cat And Her Girl