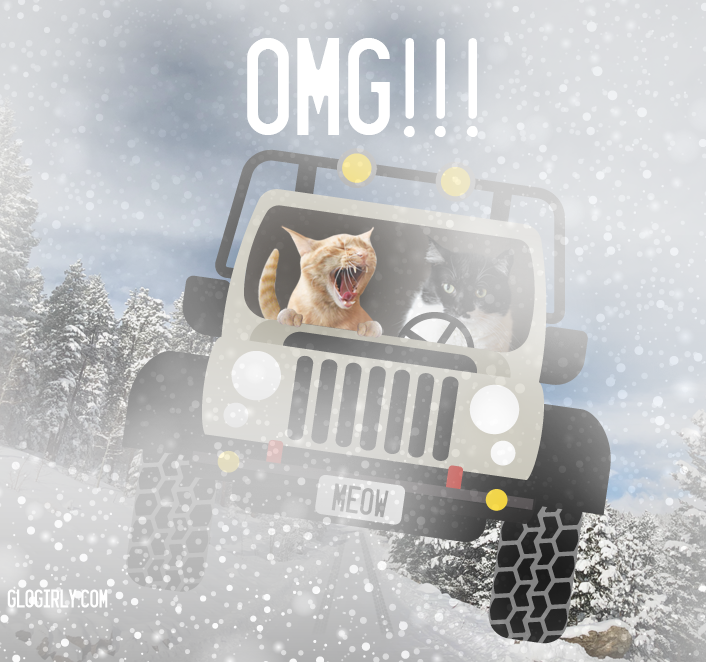 WAFFLES:  BOSS!!! Look out for the FedEx truck!

KATIE:  Not to worry Waffles. I'M not going in the ditch.

KATIE:  I'm not going in that ditch either, Waffles.

It's true. Our mountain driveway has claimed two more vehicles. And it's not even Thanksgiving! Maybe we should come up with a Fantasy Driveway pool. People can place their bets as to who and how many will succumb to our little road.

In much bigger news, Colorado was hammered with a monumental snowstorm over the past day and a half. After the third time Glogirly had been outside shoveling, snow blowing, and plowing, she's estimating about 29". That's over TWO FEET! 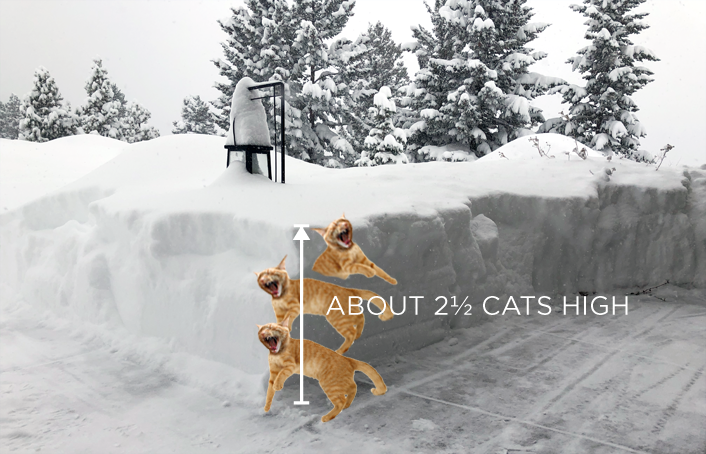 If Katie stood on Waffles back, she wouldn't even reach the top of the snowbanks.

And the BIG piles of snow from plowing the road and driveway reach nearly NINE FEET.

Glogirly was so busy dealing with the snow and preparing for our Thanksgiving guests, she barely had a chance to get any photos. Tomorrow though, the sun will come out and the photo ops should be spectacular! So more to come...