The CatDaddy is IN 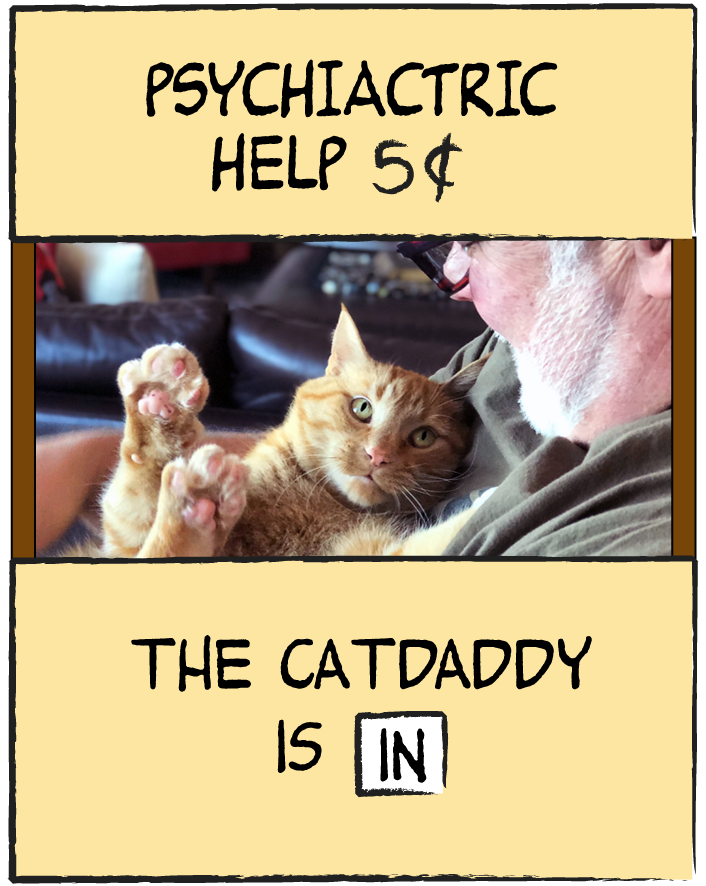 WAFFLES:  So Gloman? How can I get Katie, I mean the Boss, to like me? I mean really like me? Do you have any good pick up lines? 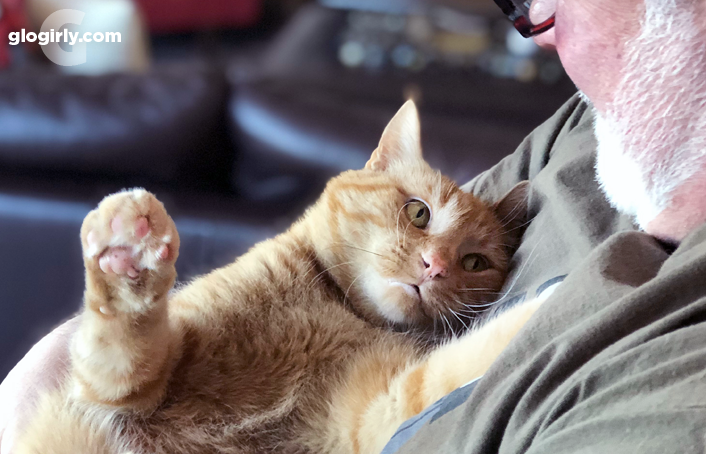 WAFFLES:  I tried the "gee, your fur smells purr-ific" line but she just stared at me. And she told me to quit sniffing her behind. I tried nibbling on her ear and that didn't end well. 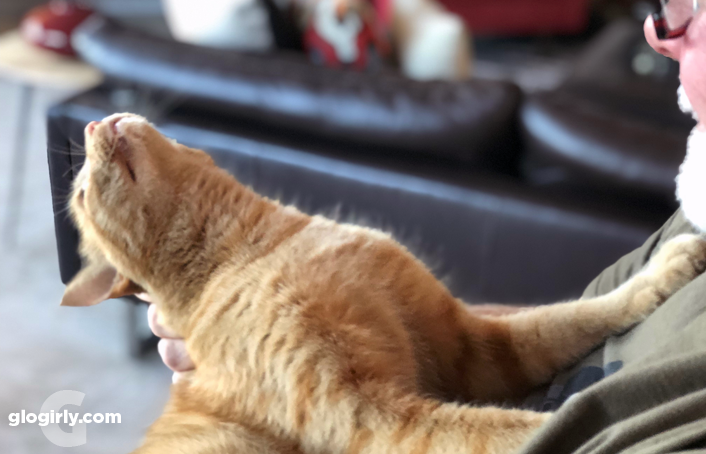 WAFFLES:  Girls are just SO confusing. 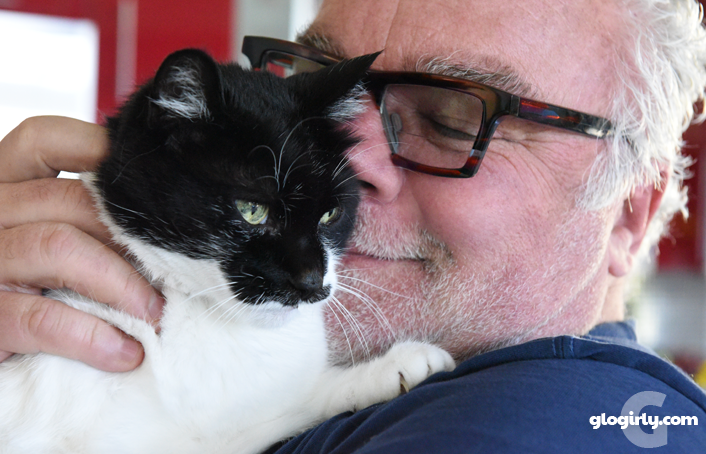 The Doctor is IN
While Gloman was home for Christmas and New Years, he made time for some quality one-on-one convos with both Waffles and Katie. Whenever he's home they each have a LOT to say. And no one can carry on a conversation with them like Gloman can.