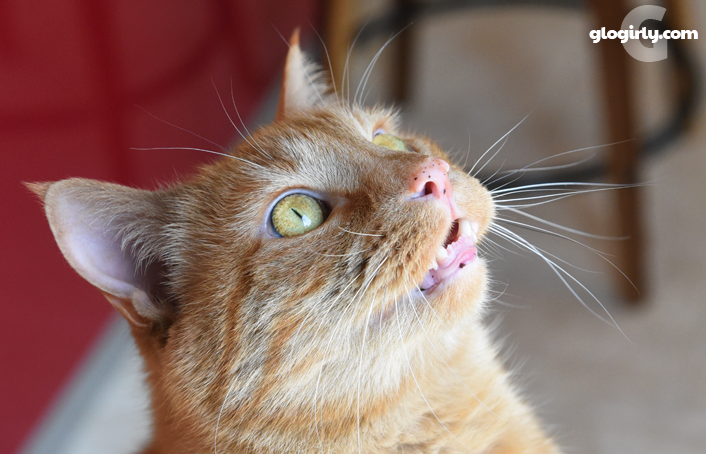 WAFFLES:  Hey Boss! I have a riddle for you. Why does a chicken coop only have two doors? 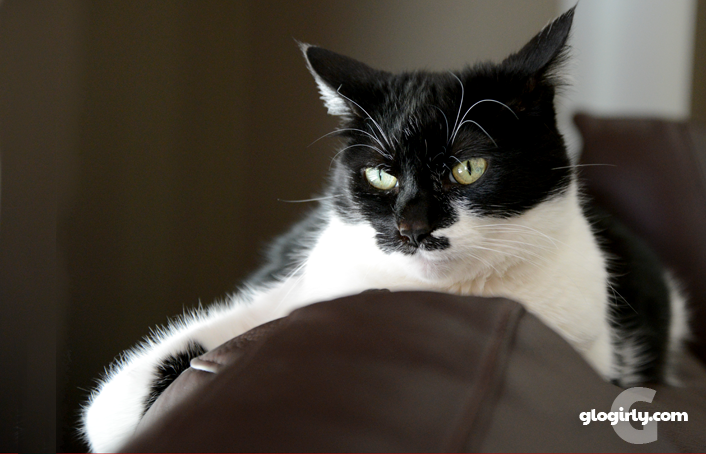 KATIE:  I don't know, Waffles. And frankly, I'm not sure why I'd even care. 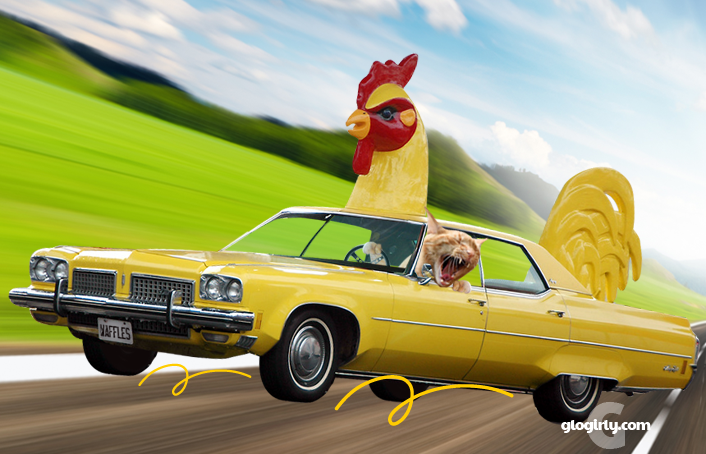 WAFFLES:  Because if it had four doors it would be a chicken SEDAN!!! 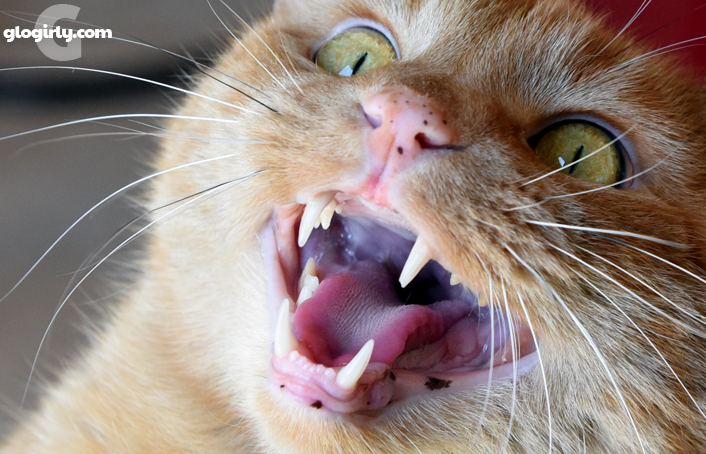 You know that friend who likes to laugh at their own jokes? If they were a cat, they'd be Waffles!

The 1973 Oldsmobile Ninety-Eight,  a.k.a. "El Gallo Grande" (the Big Chicken) is owned by Tommy Kendall, a retired race car driver. He bought the car at a police auction about 20 years ago. Better not tell him that Waffles is behind the wheel.

This post is one of our throwback greatest hits. It was originally published in March 2015 and has been edited.