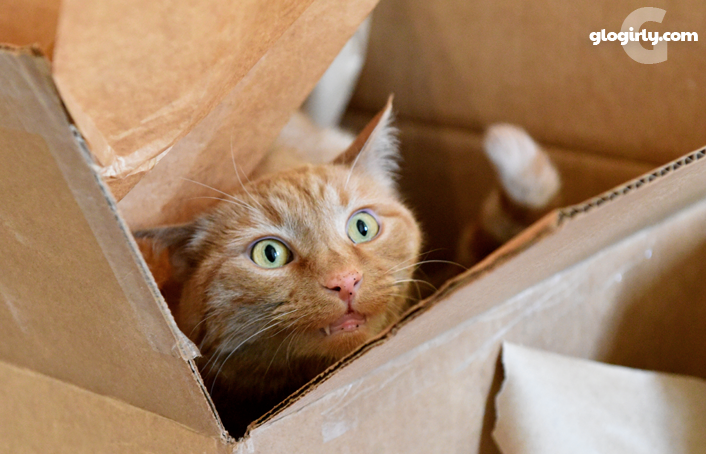 WAFFLES:  Boss! Look at the cool box Glogirly got from her NYC girlfriend! It's like Christmas in January! 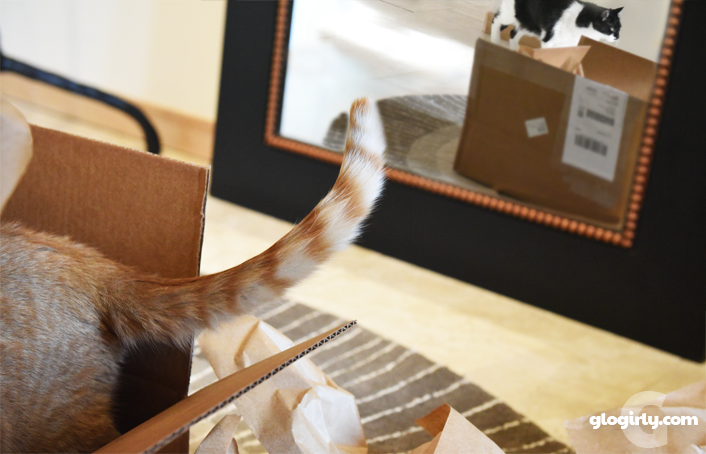 KATIE:  Pretty sure the present is INSIDE the box, Waffles. Not the actual box. 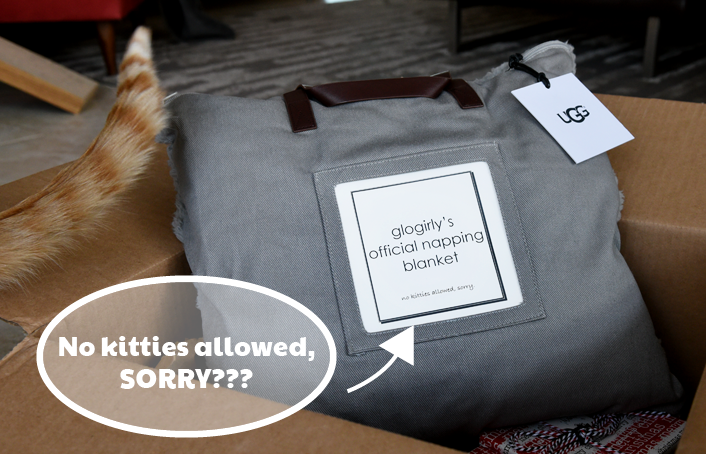 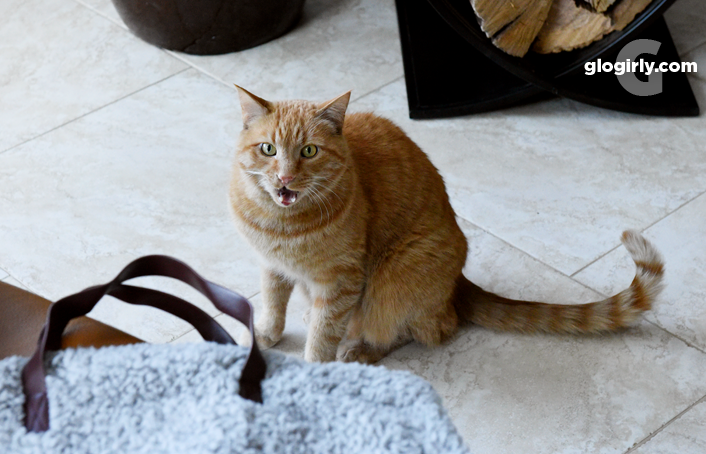 WAFFLES:  No kitties allowed, SORRY??? But it's a napping blanket. And we're CATS. 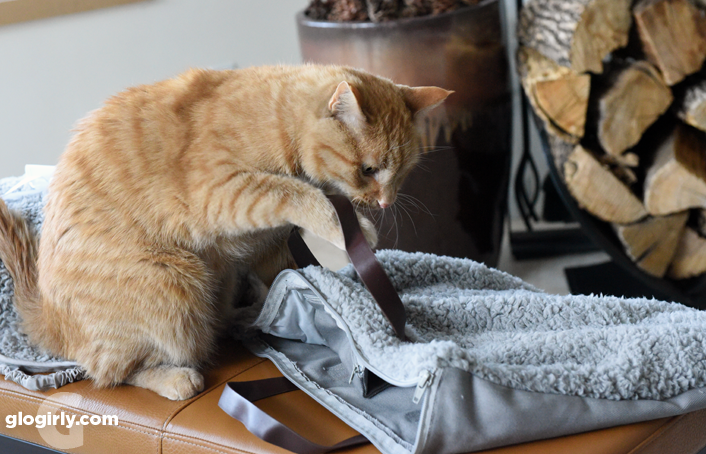 WAFFLES:  And it comes in this cool BAG! 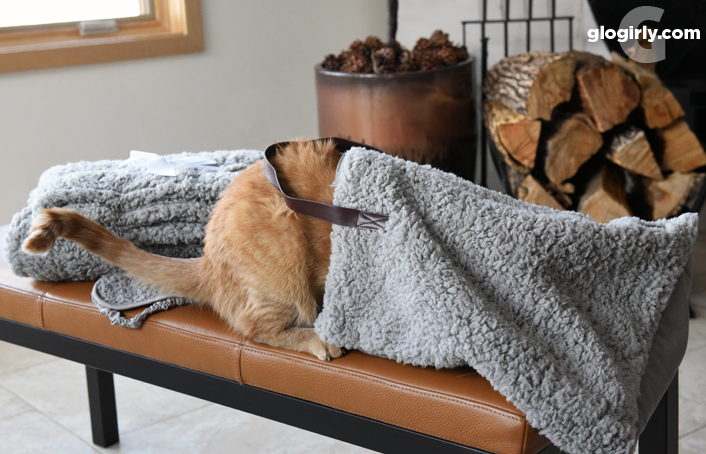 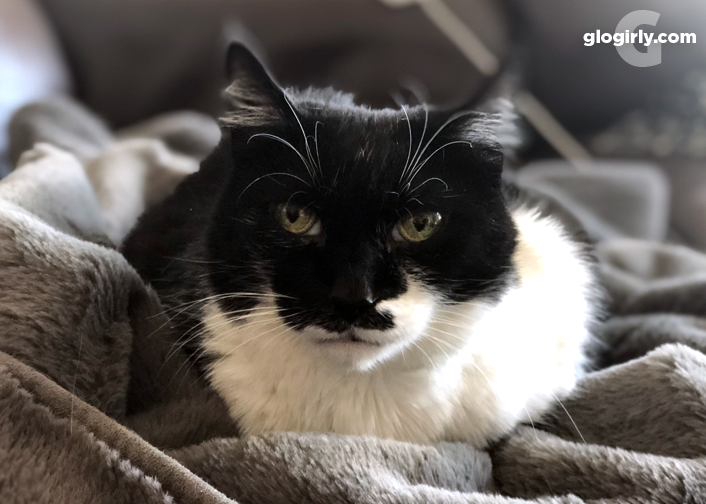 KATIE:  Perhaps the whole "no kitties allowed" thing is just a joke. 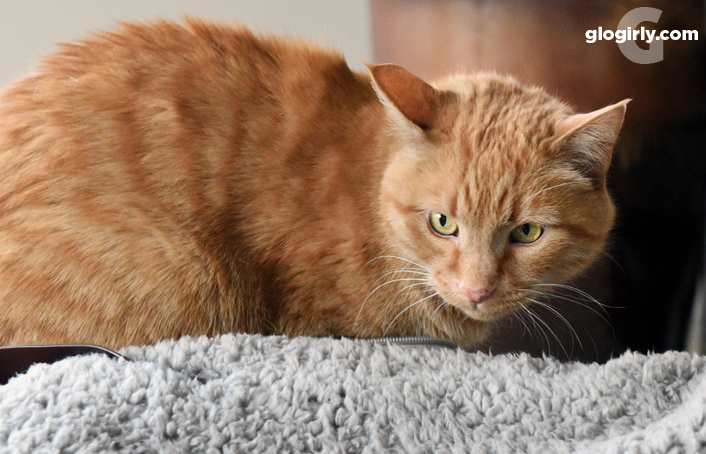 WAFFLES:  A joke? A gushy, soft napping blanket with it's own gushy, soft bag is NO joke.

Glogirly and her NYC bestie have a tradition of sending each other belated Christmas and birthday gifts. Sometimes it's Christmas in July, sometimes it's Glogirly's July birthday in October. Neither of them have any idea when a fun gift might arrive, which makes it even MORE fun. 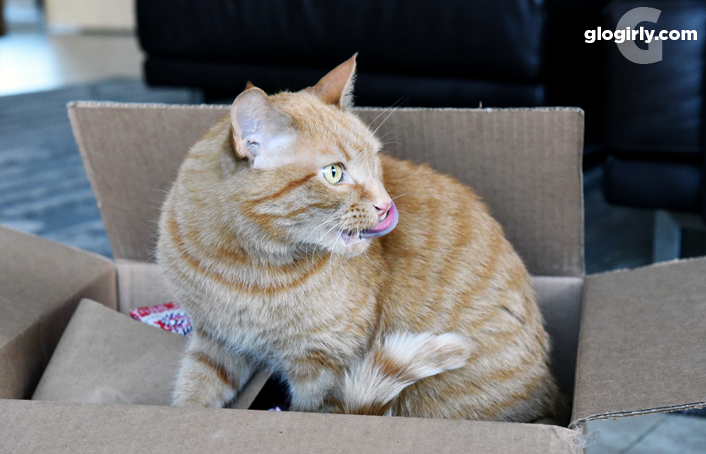 And in case you're still wondering about the whole "no kitties allowed, sorry" thing...it's totally a joke. Glogirly's girlfriend is every bit as much a Cat Lady as she is. MEOW!