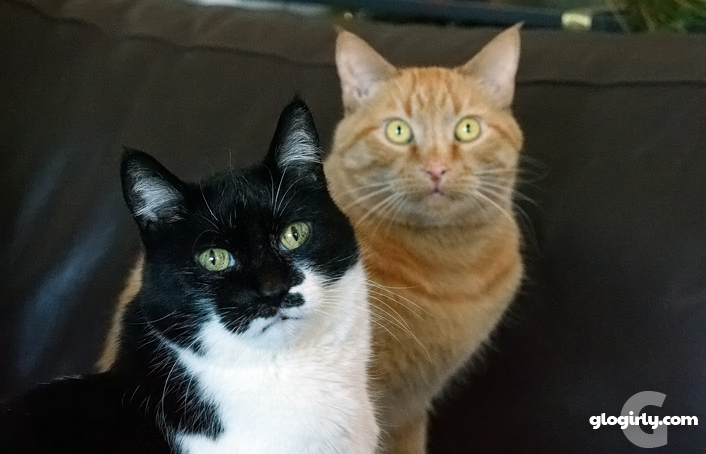 WAFFLES:  How come you're in focus, Boss? And I'm not?

KATIE:  Maybe it's because you lack focus, Waffles.

WAFFLES:  Huh? Where's my chicken drumstick toy? I haven't seen it since– Is it dinnertime? OMG, BUG! There's a bug! Do you see the bug?

WAFFLES:  So you DO see the bug.

KATIE:  I was going to say it's a photography technique called depth of field. When the primary subject is sharp and in focus and the background is soft and out of focus. But I'm going to stick with my first answer. 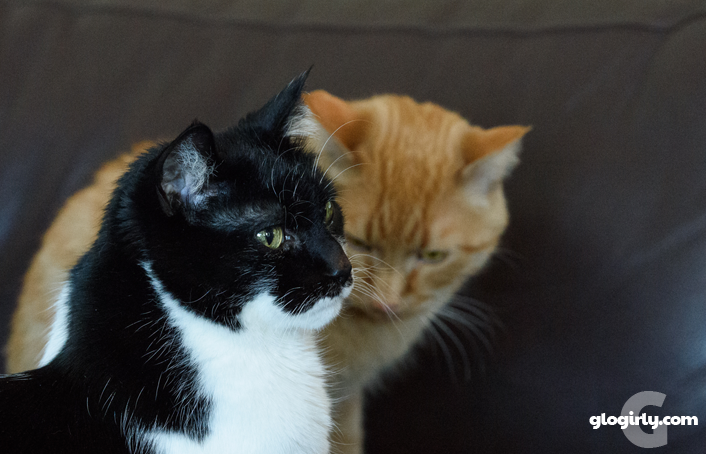 Some of our most favorite photos are those that capture the rare moments when Katie and Waffles find themselves within mere inches of each other. For two cats with such a complicated relationship, it doesn't happen very often. And even less so when there's a camera at the ready. 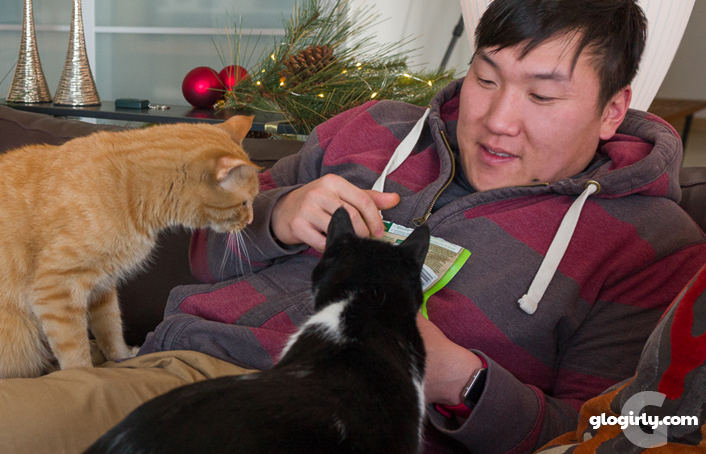 Over our Christmas vacation, Gabe wanted to get a photo with Katie and Waffles. Easier said than done, so out came the treats. After the treats were gone, they must have forgotten how close they were to each other. It was just for a few seconds, but Gloman was ready with his camera!