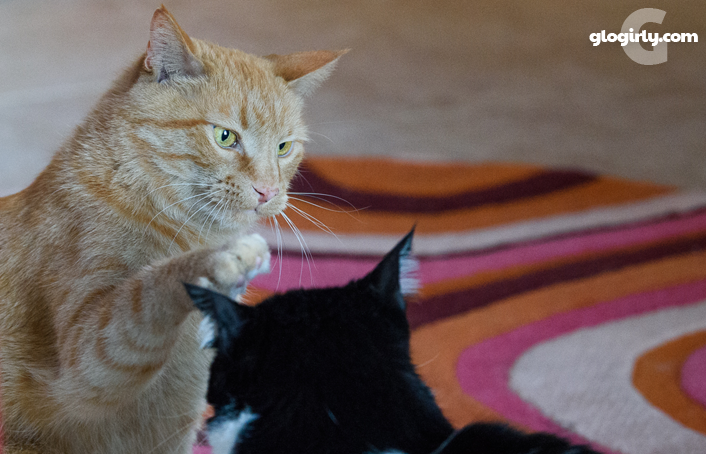 WAFFLES:  Hey Boss, hold still. You've got something on your head.

KATIE:  There's nothing on my head, Waffles. Mitts OFF. 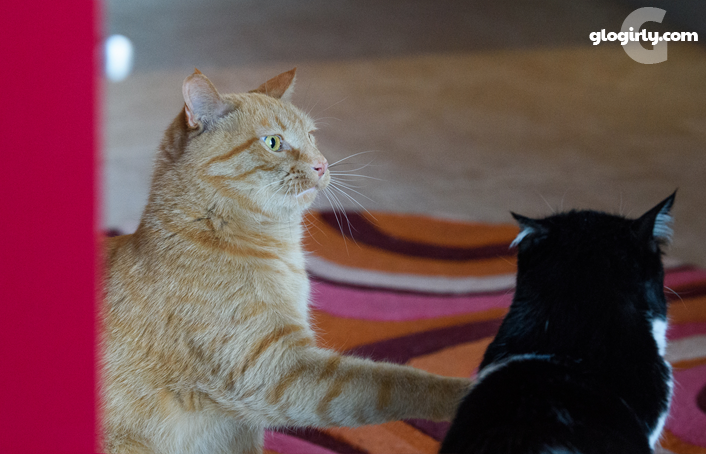 WAFFLES:  Nope, there's definitely something there. 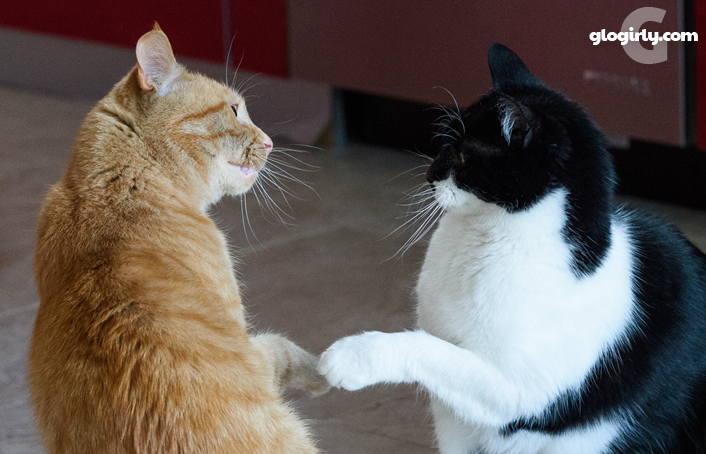 WAFFLES:  Well, can I touch it?

KATIE:  What do you think?

Patty Cake, Patty Cake
As sure as the sun rises every morning, Waffles and Katie engage in their daily game of pre-breakfast Patty Cake. As soon as the refrigerator opens and Glogirly starts dishing up the morning meals, Waffles gets his game on with Katie. She's often a willing participant. But Waffles just doesn't know when to stop pushing her buttons...or pushing his paw onto her forehead or chest. The game is always silent, not a hiss to be heard.

But the end is always the same. Katie locks eyes with him in a stare down. Then Waffles mews a quick trill and scampers off.
Katie: 1
Waffles: 0 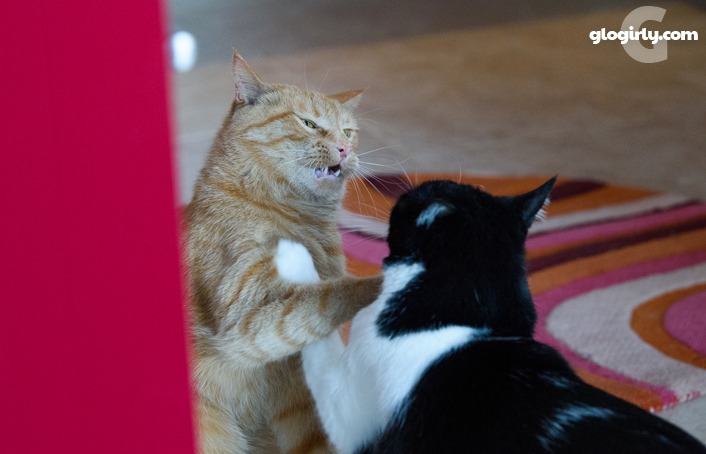