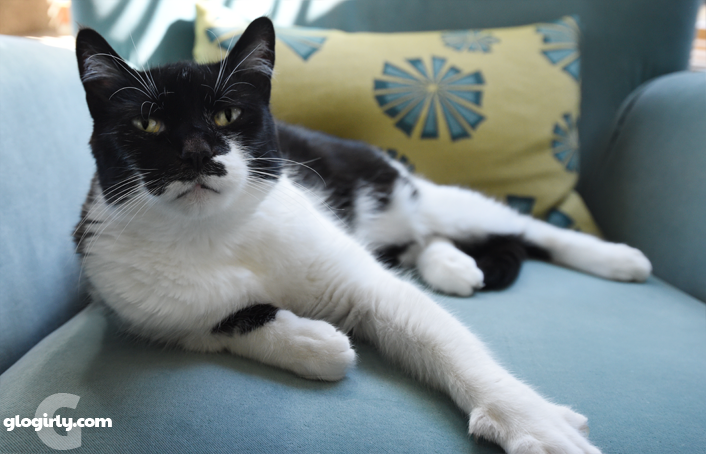 KATIE:  It's about time. Once again this blue chair is mine, all mine. 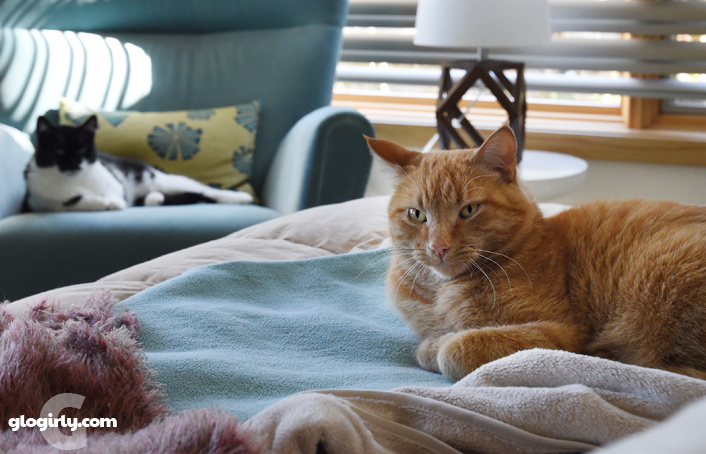 WAFFLES:  I kind of liked hanging out with Miss Laura in her bed. She smells nice. 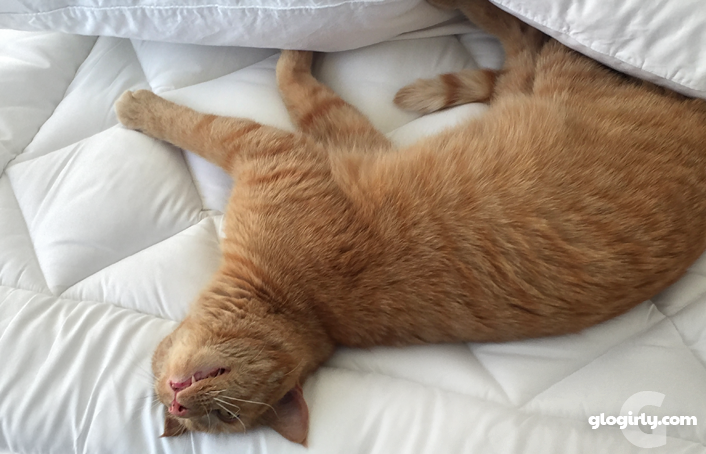 WAFFLES:  Not anyone, Boss. I still haven't slept with you. 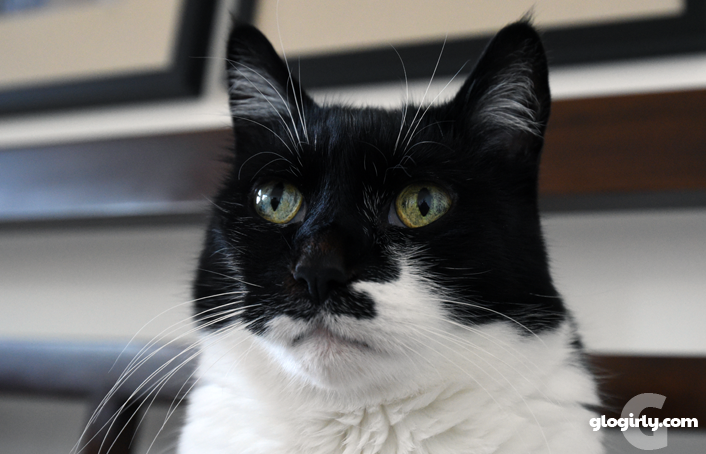 About Today's Photos
We said goodbye to our friend Miss Laura, a.k.a Z-Girl from Squeedunk Cats this morning. When Glogirly got home from dropping her at the airport, both Katie and Waffles were sleeping peacefully in her room. Curled up in the blankets sheets. Pretty sure Katie was claiming her territory back, but Waffles was clearly wondering where his new sleeping pal had gone.

A fabulous time was had by all! And though we don't have photographic proof, nor do we expect you to even believe us - Katie allowed Z-Girl three brief pets. This makes Z-Girl one of only two people other than immediate family to ever make physical contact with Katie. And one of those two was the vet, so that hardly counts! 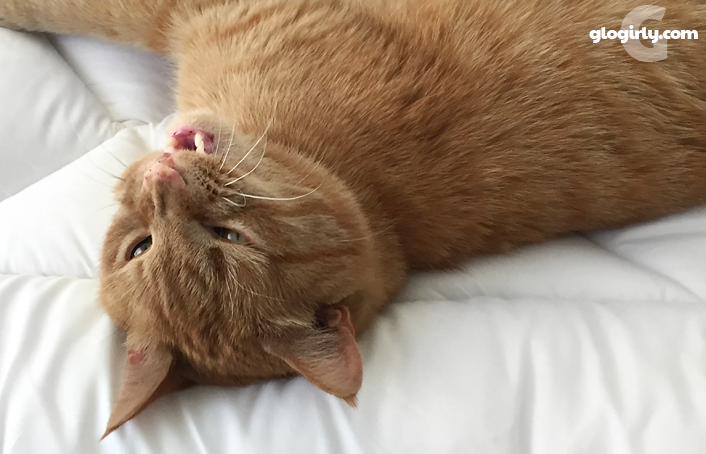