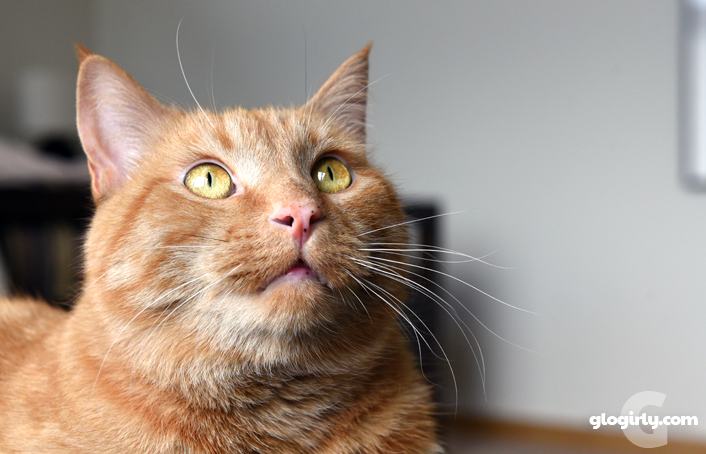 WAFFLES:  Is Gloman really going back to Minneapolis today, Boss? 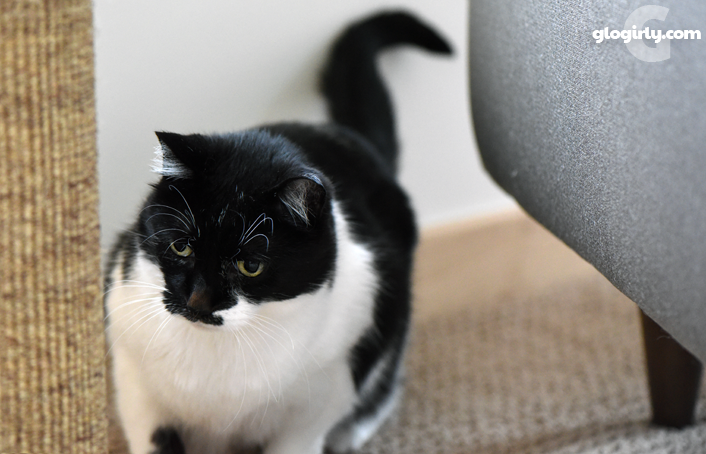 KATIE:  Not if I have anything to do about it. 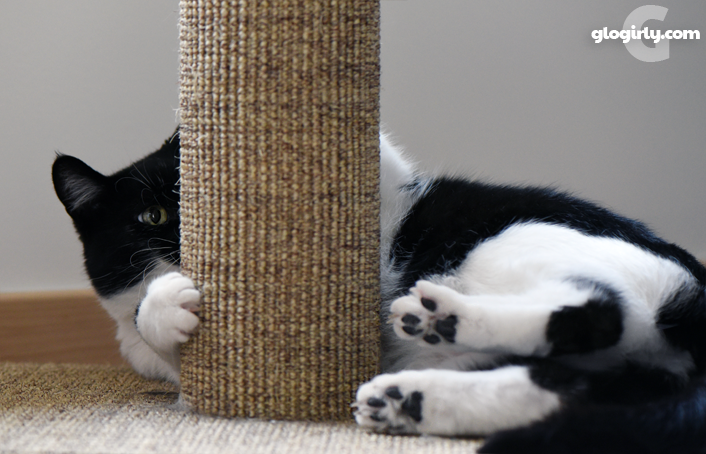 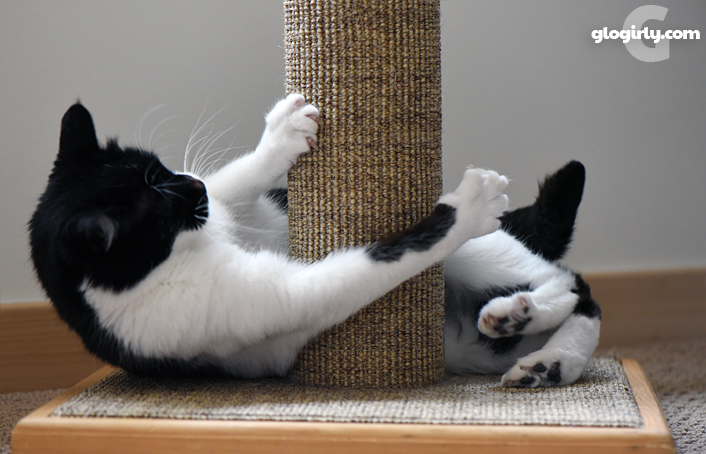 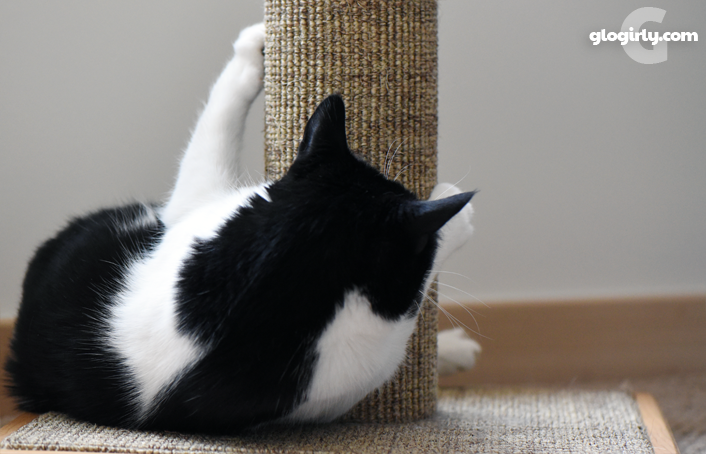 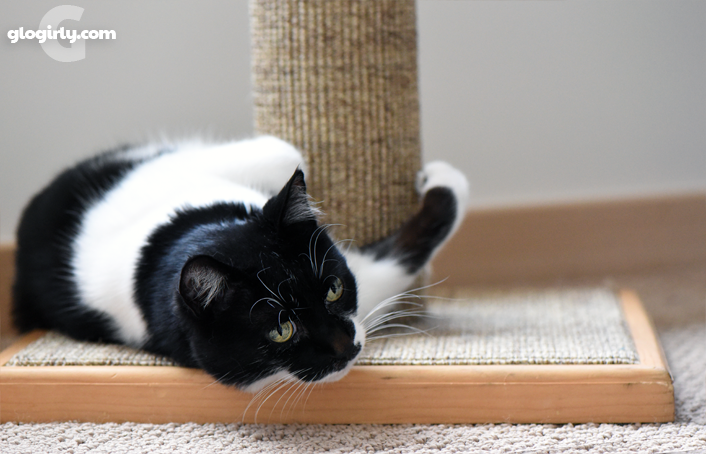 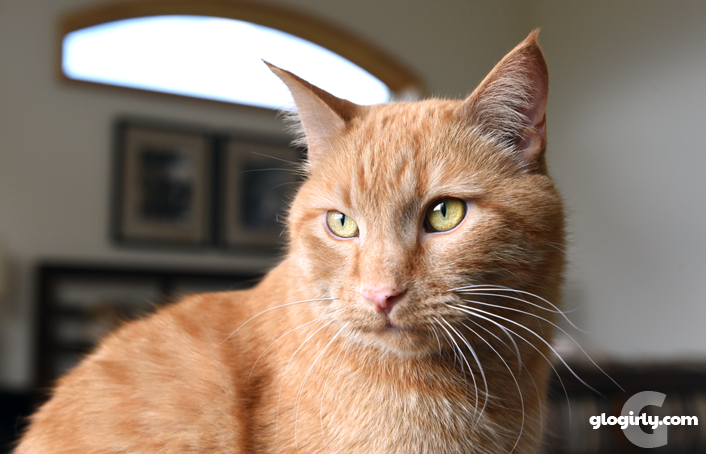 Usually when Gloman packs his suitcase, Katie and Waffles are right there ready to help. But today, when he started gathering up his camera gear and t shirts, Katie all of a sudden got a little frisky. So frisky in fact, she launched into one of her most spirited pole dances ever.

Perhaps it was her way of trying to charm Gloman into staying. And it was a valiant effort. But sadly, he's catching an early morning flight and will be back in MN in time for breakfast.

Not to worry though...he's coming back in just a couple of weeks to celebrate their wedding anniversary. And the anniversary of when Katie was adopted.

Travel safe, Gloman! We love you!