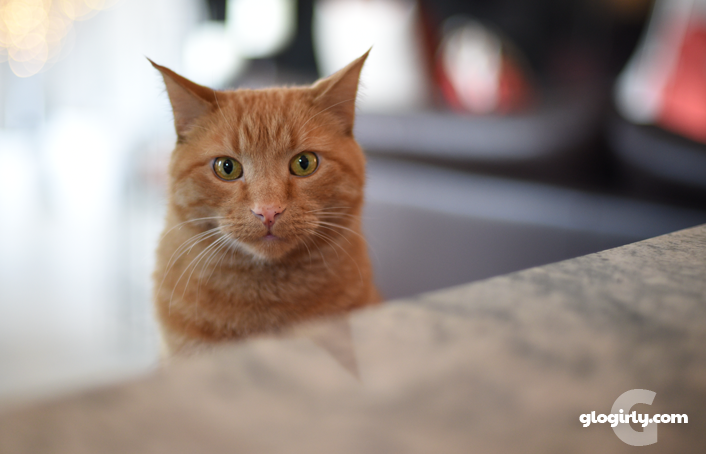 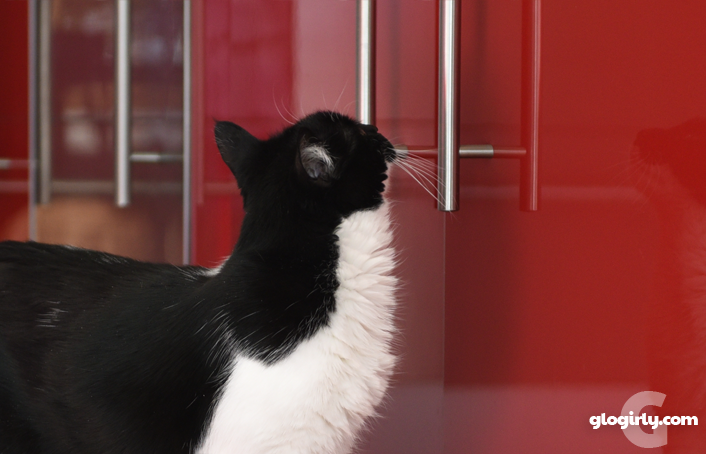 KATIE:  You know, Waffles...the service is typically better down here. You don't want to look too anxious. 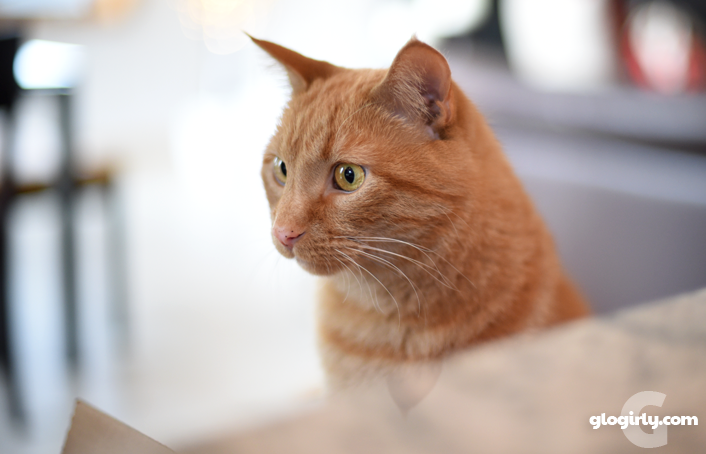 WAFFLES:  Anxious? I'm not anxious. Do I look anxious? I don't even know what anxious means. 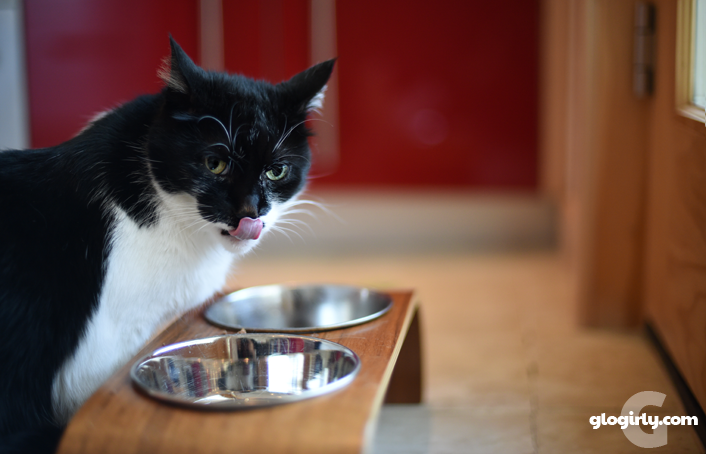 KATIE:  Apparently you don't know what patience means either.

About Today's Photos
Don't tell Waffles, but not matter how patient he is, Katie will always be served her dinner first. That's just one of the perks of being the Boss.

It's funny how new rituals start when you move into a whole new environment. In our old townhouse, Glogirly would start to dish up the meals and Waffles would immediately dart over to his cat tree where he'd wait for Glogirly to bring over his food. She'd put Katie's dish down in Katie's "spot" on the floor next to the kitchen and then head over to Waffles' tower with his. Waffles was so focused on getting into position at his dining room in the sky, he didn't pay any attention to Katie or her food.

Now in our new home, both Katie and Waffles have their own "spots" on the floor. They're positioned on opposite sides of the kitchen island, mostly so Katie has a little privacy and so Waffles can't see her or bother her. It works surprisingly well. But the funniest thing is the new ritual Waffles has established. Glogirly has both dishes ready to go at the same time. Katie's in her right hand and Waffles' in her left. When she places Katie's down on her spot, Waffles clamors over everything, talking up a storm. He absolutely HAS to check out what Katie's getting. He doesn't try to eat it, he just wants to see, smell it, and talk about it. Then in a split second, he turns and runs over to the other side of the kitchen where he knows Glogirly will be putting down his dish. All the while, talking up a storm.

Meanwhile, Katie is all business. 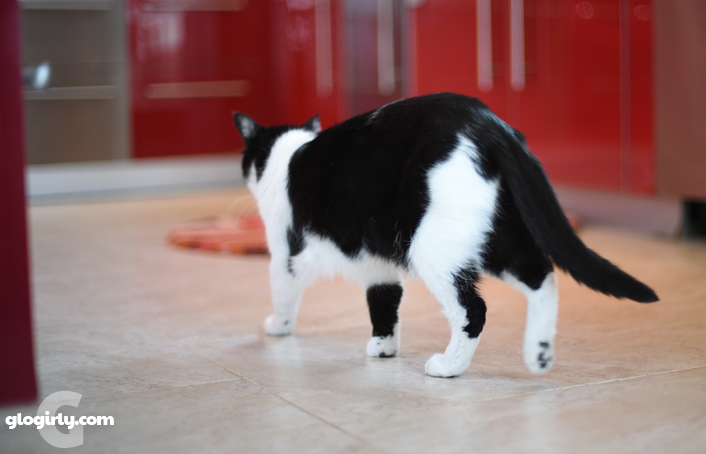 KATIE:  Mealtime is meant for eating, not talking.