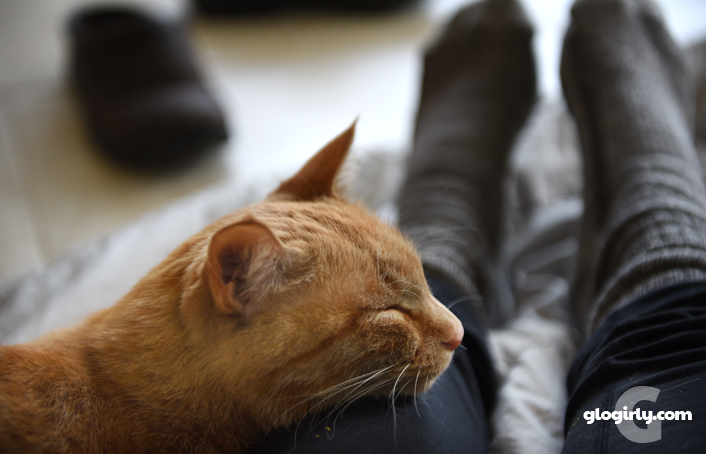 WAFFLES:  All this boxing is making me sleepy. Zzzz...

The Unpacking Continues
And Waffles is continuing his box inspections. Tonight, of course when the camera was out of reach, Waffles thought it would be fun to inspect an empty wardrobe box. Once he leaped into the 5' tall box, the top flaps shut and there he was...trapped. The only thing showing was his pink nose through the one of the handle holes.

After a few pleading meows, Glogirly rescued him by tipping the box on it's side so he could walk out.

And 5 minutes later he was sitting in the bottom of the very same box.

Considering Glogirly still has over 75 boxes to unpack,  Waffles has only begun. 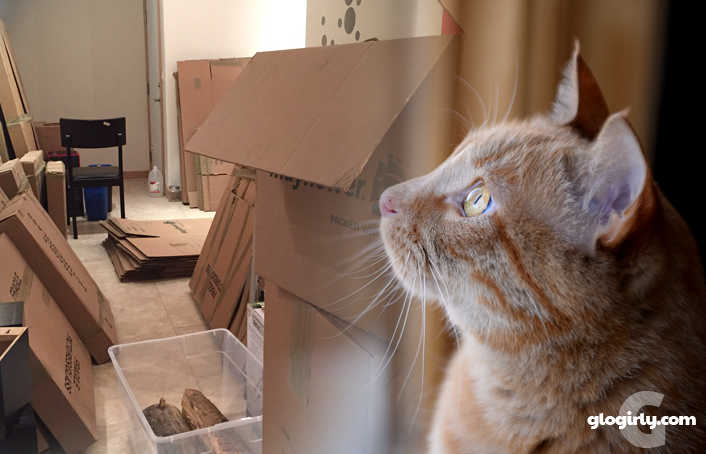 WAFFLES:  So many boxes, so little time before Glogirly puts them in the recycling.