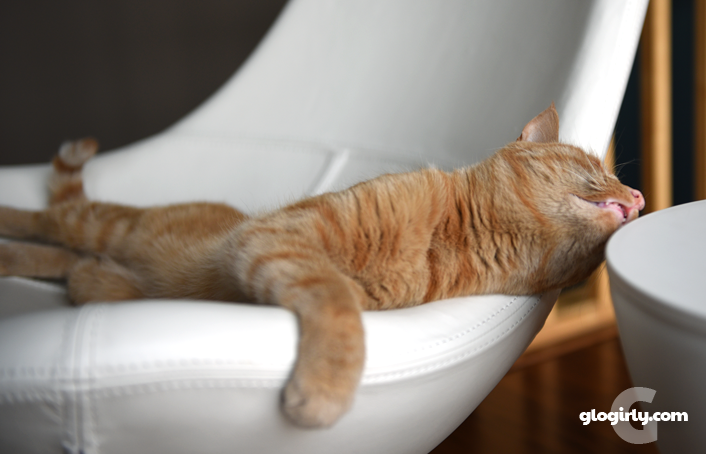 WAFFLES:  Boss! I'm bored. Do you want to play patty cake or something? Maybe let me sniff your– 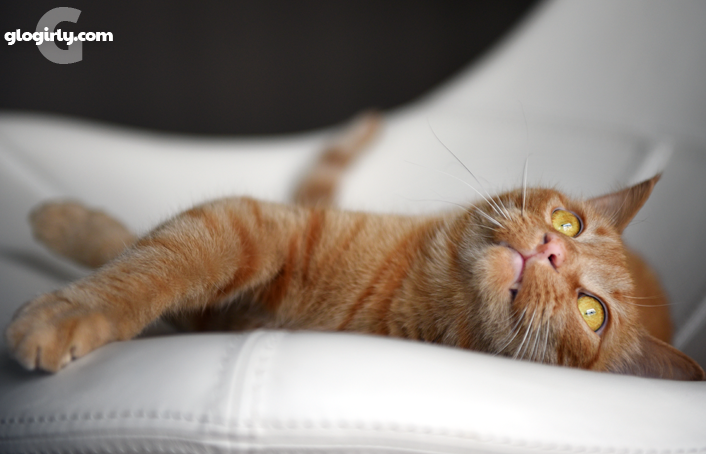 WAFFLES:  I'm hungry. Want to split a bag of treats from Glogirly's conference swag bag? If you stand on the lookout I bet I can get it open before– 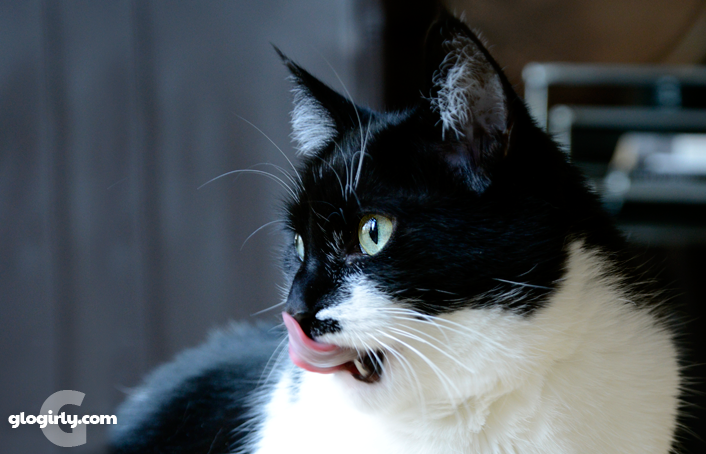 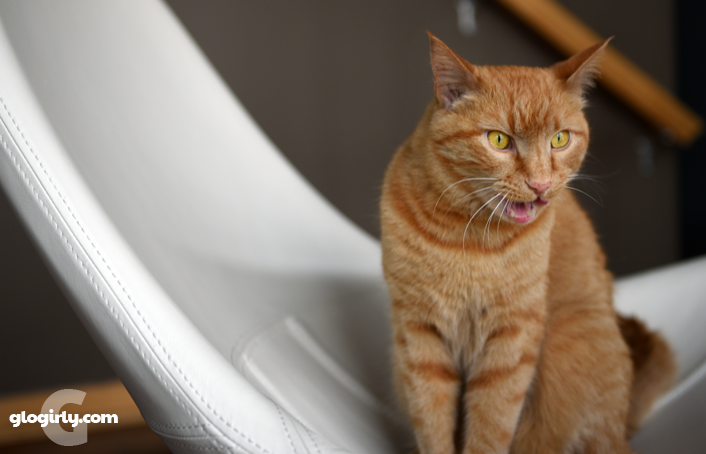 Cat Treat Crimes
The cats (or rather the treats) are out of the bag. Usually it's Waffles who's the culprit behind crimes against cat treats, but this time a certain tuxie was the mastermind. While Glogirly was photographing all the cool stuff she brought home from the conference, she made a tactical error and left the bag of food and treats unattended. Though Waffles was all "what are you taking pictures of, Glogirly?" Katie moved in with a quiet stealth. Apparently freeze dried salmon brings out the cat burglar in her.