Love and KFC: On the Road with Waffles & Katie 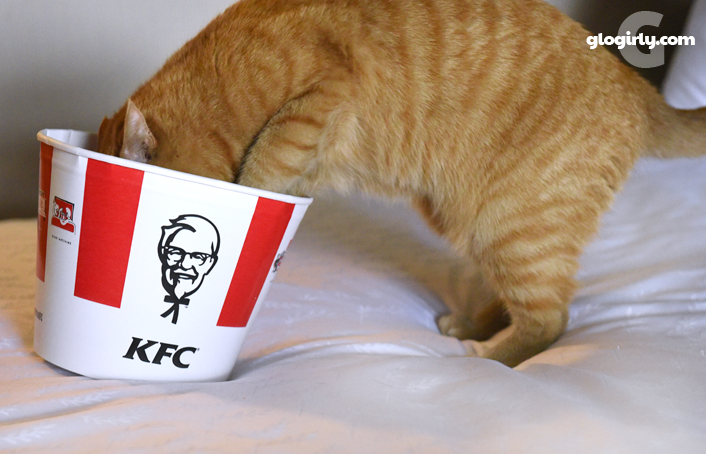 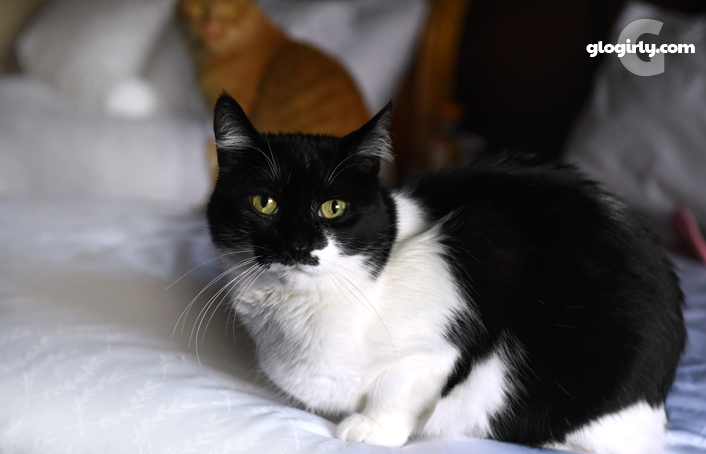 KATIE:  Don't look now, but you-know-who has found himself a bucket of you-know-what. 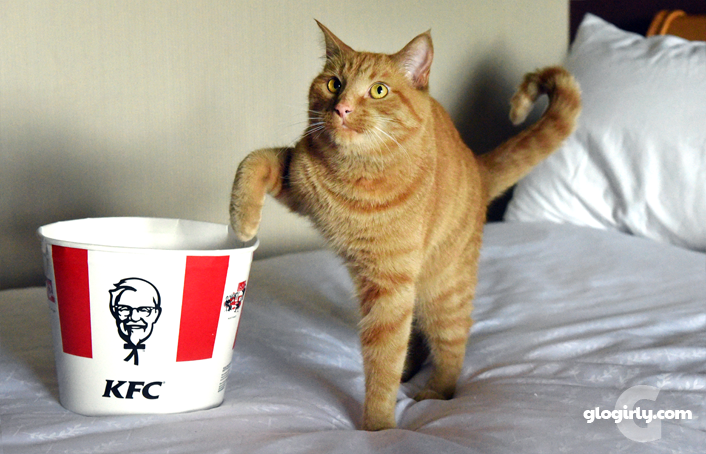 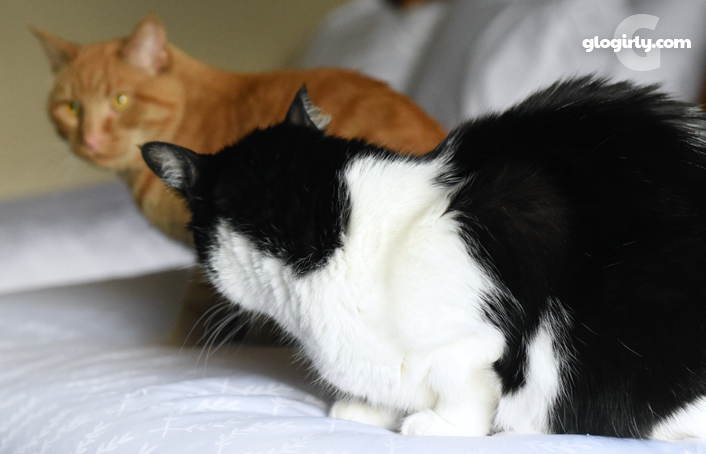 KATIE:  Waffles, don't you know you should never eat anything bigger than your head? 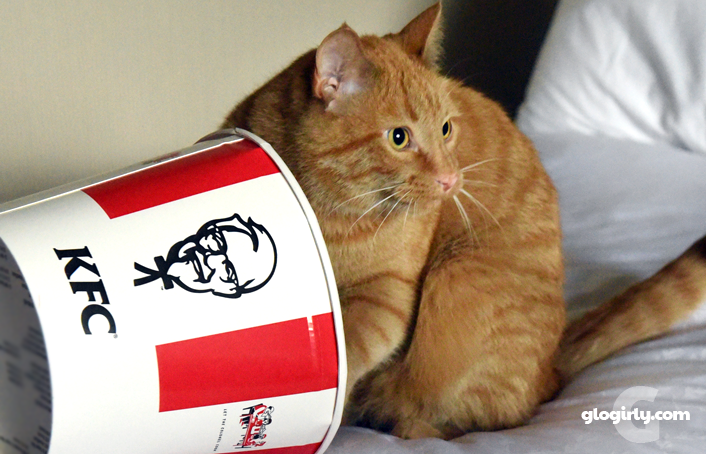 WAFFLES:  Ok, then I'll have the original recipe. 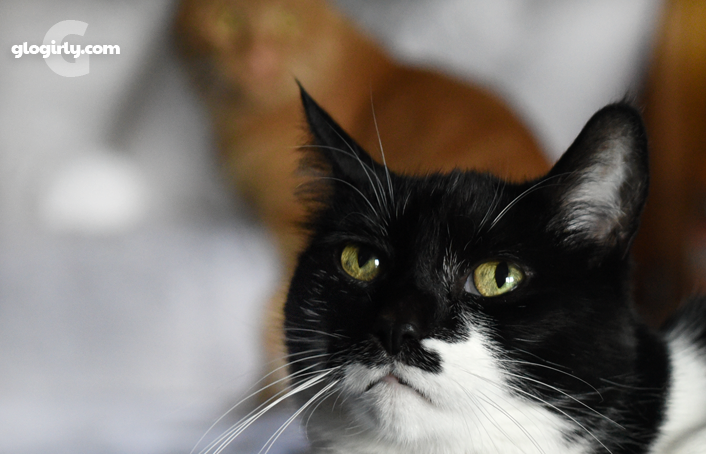 DAY 5: On the Road with Waffles & Katie
Waffles' reputation as a ladies' man is undisputed. But we bet you didn't know he's also a poodle's man. He and the well known service dog, Carma Poodale, share a secret. A secret passion that is. Chicken. Fried. From the Colonel.

When a bucket appeared outside our hotel room door last night, it had Carma written all over it. Well... that and KFC.

Conference Update
Saturday was the last day of the BlogPaws conference. Waffles spent the better part of the day entertaining his girlfriends as they popped by his hotel room and charmed him with treats and toys. Katie made another public appearance in the KatieWAGON. Lots of ooooh's and aaaah's as we all gathered in the lobby for some quality schmoozing time.

As we're writing this, everyone is getting all fancied up for the big Nose-to-Nose awards banquet. We're very honored to be named finalists among so many talented friends and fellow bloggers. Our paws are crossed for a win, but honestly it's so thrilling and humbling to even be nominated.

After the awards, we'll be packing up all of our cool kitty swag and getting ready for the long ride home. It's been such a fun conference and we can't believe it's almost over.

Stay tuned...we're not done yet! We'll be back tomorrow with the latest in our On the Road with Waffles & Katie: Nashville series.

In case you're just tuning in and don't want to miss a beat in our road trip series -
Day One: Nashville or Bust
Day Two: B&B FAIL
Day Three: The Long Ride to Nashville
Day Four:  Do You Smell Something?
Day Five:  A Public Katie Sighting???

Labels: GLOGIRLY-Tails Of A Cat And Her Girl, KFC, On the Road with Waffles & Katie