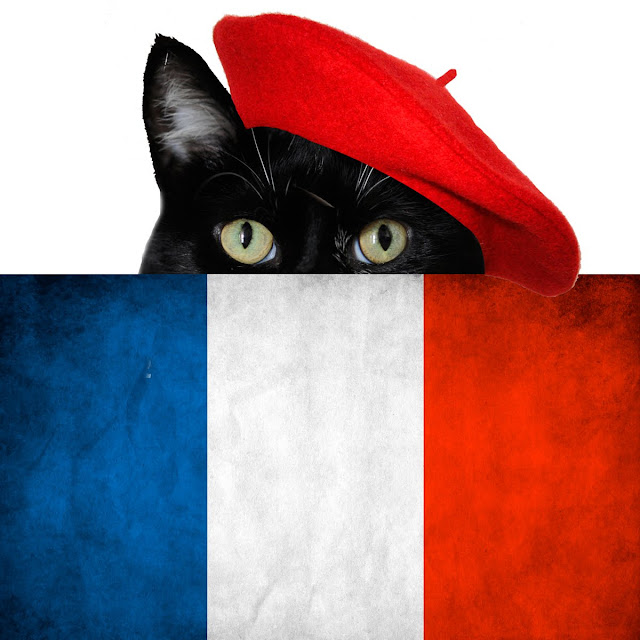 There's a very special French language school here in Minneapolis. It's called Alliance Francaise. They are trying to freshen up their image and add life to their internet presence. Guess who they've asked to make a MOVIE for their website?

Moi
that's French for me

Apparently my Killer Queen and Bohemian Catsody videos impressed their creative consultant so much that he asked ME to star in a one-minute short on their website. Glogirly is producing the movie. It's called Katie le Chat goes to Paris. Le Chat is French for The Cat.

Glogirly says the French role is right up my alley. I'm sophisticated, fashionable and I have attitude. I'm not sure I liked the way she said, "attitude," though. 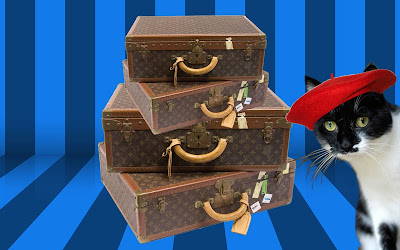 Here's me with all my luggage for Paris. 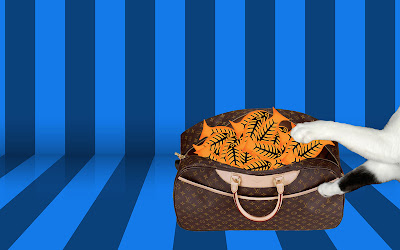 So anyway, Glogirly doesn't speak French and neither do I. But I'm working on it. I'm hoping I have some French blogging friends out there that can tell me how to say "meow" in French.