Chapter 10 - It's Your Aunt Dorothy 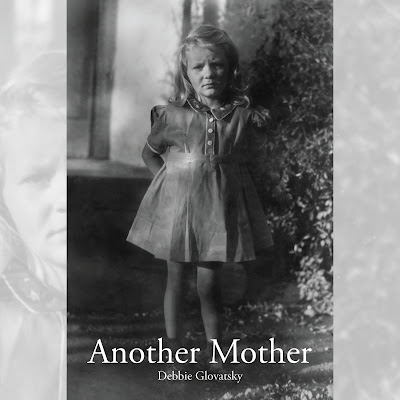 Hi everyone, Katie here.
I've been receiving secret emails asking for spoilers. Although I wish I could tell you where the story is going, Glogirly gives me just a chapter a day. So I'm as much in the dark as you. At least she's letting me pick all the Young Glogirly photos.
The last chapter left off just a few days after Glogirly sent Dorothy, her birthmother's sister, a letter. The phone is ringing...Pick up, Glogirly! Pick up!
But first, if you've missed my previous posts be sure to check out:
Searching For A Girl - Prologue
Chapter 1 - The Day After Mothers Day
Chapter 2 - So You Want To Be A Genealogist
Chapter 3 - Sam From Kansas
Chapter 4 - Four Hours
Chapter 5 - A, B, C
Chapter 6 - The Local Rite Aid
Chapter 7 - Dear Ms. Cotter,
Chapter 8 - A Gift
Chapter 9 - Questions + Answers + Questions

Hello?
Hello, is this Debbie? (she means Glogirly)
Yes...
Debbie, it's your Aunt Dorothy.

Dorothy called just three days after Glogirly sent the second letter. She was an absolute sweetheart. She remarked at how beautiful and eloquent the letter was that Glogirly had sent Jeanette and how unexpected the second letter addressed to her was.
She told Glogirly what a shock it had been to hear that she had found them. She had no idea Glogirly had even been searching. But Dorothy never forgot about the baby that her younger sister had given up some 44+ years ago. Dorothy struggled when she spoke of that time. Glogirly could tell she was crying when she talked about how hard it had been. It was such a sad time for her sister and for their entire family. She said that Glogirly's message conveyed in the letters gave her great comfort. Although it did not diminish the pain she knew her sister went through, it meant a great deal to learn that Glogirly was happy and well and loved. She was so pleased to know that Glogirly's parents provided a loving and supportive home.
Right away Glogirly felt very comfortable talking with Dorothy. There were so many similarities between her and Glogirly's adoptive parents. They were cut from the same cloth. They had spent summers enjoying camping trips in the same California mountains and deserts. They loved the open road and exploring our own country. Dorothy talked about her own parents with great respect and adoration. She was impressed at the respect and love Glogirly had shown for her own parents.
Dorothy talked about her husband, Larry, who had passed away not long after Alice. She described him as a good father and provider. They had a lot of fun together. But sadly, like Jeanette's husband, Larry struggled with alcohol. It took it's toll on Dorothy and her family.
Dorothy was the only member of her family that had moved away from the San Luis Obispo/Los Osos area. When she and her husband were raising their family, they moved to Sunnyvale, California. Sunnyvale is in the heart of the silicon valley and just 45 minutes south of San Francisco.
Dorothy was a career woman. She spent her entire career with Bank of America and absolutely loved her job. She loved the people she worked with, she loved the work. Dorothy spoke with so much passion. Glogirly was instantly drawn to her.
Dorothy and her husband had three boys. Larry, named for his father, was the oldest. He was somewhat estranged from the family. Hadn't spoken or seen his brothers in years. But Dorothy still kept in very close contact with him and visited him regularly. Larry also had struggled with alcohol and had become something of a recluse. He lived in the old original ranch house on Dorothy's plot of land in Los Osos.
Jeff was the middle son. He was born just one year before Glogirly. When Dorothy was helping Alice through her crisis, she was also caring for a new baby. Jeff lived in Santa Maria, California. The very same town that Glogirly's parents lived in when they adopted her. It was a small world. Jeff and Dorothy were very close. He'd often join her on vacations and getaways. They would check in on each other a couple times each week. Jeff has two sons of his own from a previous marriage. Dorothy definitely loved her grandsons.
Her youngest son, Mark, was born just a year after Glogirly. He lived in a town called Clovis, not far from Fresno. She described Mark's engaging personality and energetic drive with pride. He also had two sons, twins, that were the light of Dorothy's life. She often stayed with the twins while Mark was traveling for work. 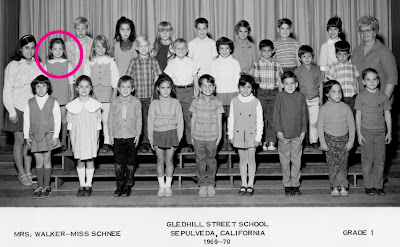 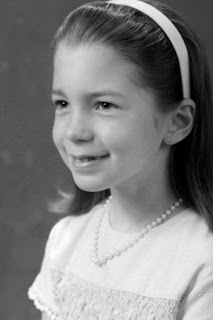 Young Glogirly at six-years-old
Dorothy struck Glogirly as an energetic woman, full of life. She was active and loved her independence. Her optimism reminded Glogirly of her dad. She wondered if Dorothy had ever wanted a daughter. Three sons and four grandsons. She thought how just maybe, Glogirly might someday fill that void. But she was getting ahead herself. This was just a phone conversation.
Like Sharon, Dorothy was very curious to hear about Glogirly. She already knew a few things from the letters. She wanted to hear more about her husband. Glogirly told her that she was the luckiest girl in the world. She had married her best friend and couldn't imagine being with a more perfect partner. They shared so many common interests and they loved just being with one another. They too enjoyed road trips and exploring the country. They made each other laugh. Glogirly talked about how much she admired Gloman. His dedication to his work, his family...he approached life with passion. Glogirly always felt appreciated and loved. Their adoration was mutual.
It meant a great deal to Dorothy to know that the little baby her sister gave away had found love and happiness.
Dorothy said that she would very much like to meet Glogirly. She invited her out to California and insisted she stay at her home. Glogirly was family and that's all there was to it.
They looked as some dates and agreed to a long weekend in early August (2007.) It was mid-July and Glogirly knew it would be a challenge to focus on anything other than her trip to California. She was excited, nervous, anxious. The butterflies in her stomach were out of control.
They talked a couple more times about the details of the trip. Dorothy was very protective of Glogirly and wanted to make sure that she was completely comfortable with any plans that were made. She didn't want Glogirly to be overwhelmed. She understood the significance of this visit.
They agreed it would be a low key meet-and-greet. Glogirly would come out just for a few days and Dorothy would introduce her to her sons and possibly Jeanette and her family. After the initial visit in August, Glogirly would plan to come back with her husband. That's when they would plan on meeting more of the family.
When Glogirly first thought about the possibility of a meeting, she was certain she wanted Gloman by her side. He was her rock. But after talking with Dorothy, she felt it was something she needed to do alone. Gloman completely supported her decision. He knew that she needed be able to focus every ounce of her attention on her family. The last thing she needed to do was worry about introducing her husband. The time for that would come.
Just a few days after Dorothy and Glogirly had set the date, Glogirly came home to a beautiful little box tied with a bow from her Gloman. Inside the box she found a tiny airplane with a note tied to it. 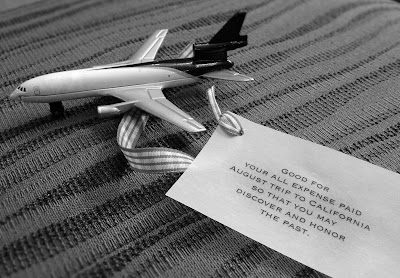 Good for your all expense paid

August trip to California so that you may

discover and honor the past.