The Office Cats are Slacking! 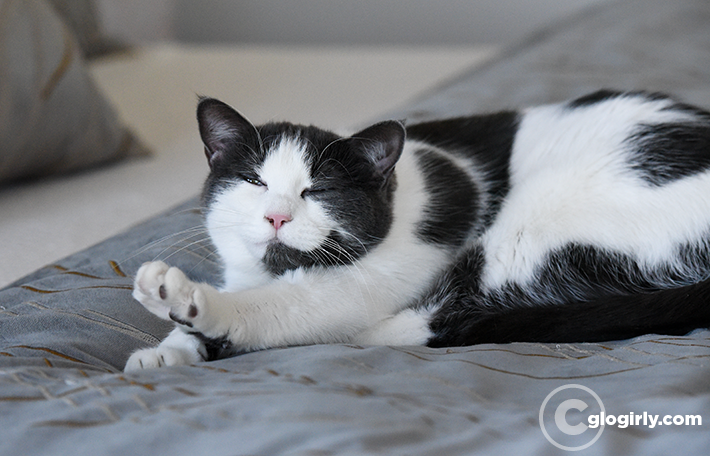 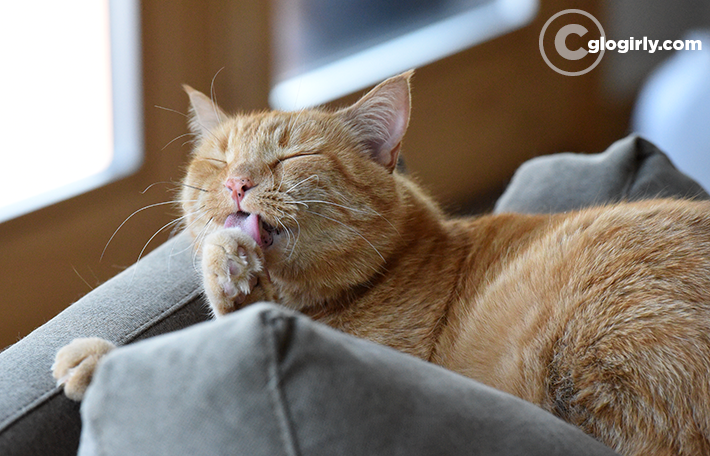 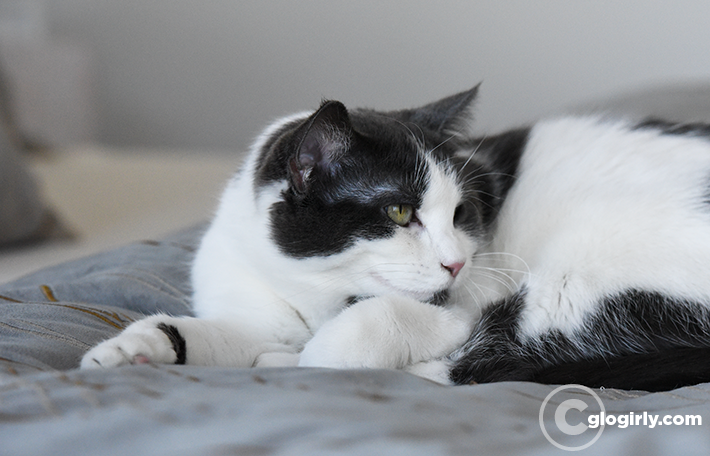 ELLIE:  But how will Gloman get any of his work done without us?! We're his purrsonal office assistants, you know. 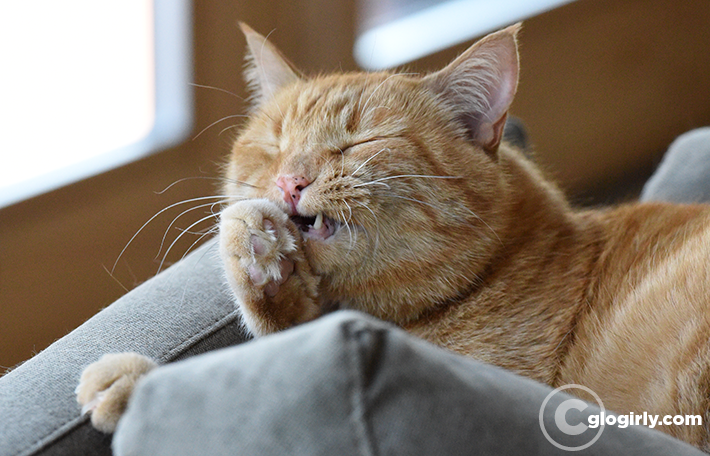 WAFFLES:  I'm sure he'll manage. Besides, what do you actually do all day in the office? Don't you just sleep? 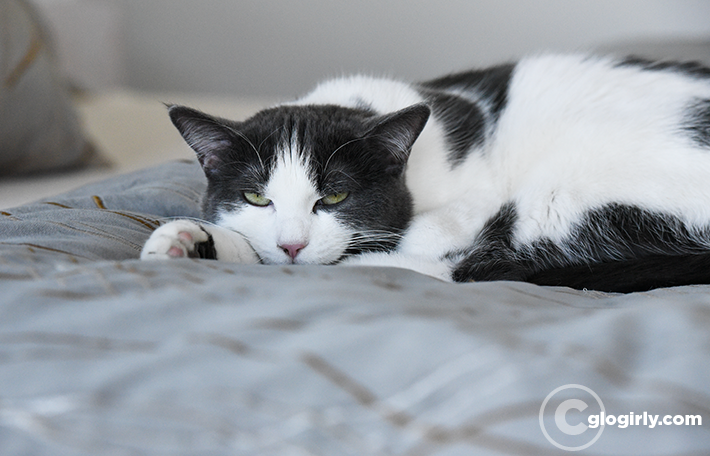 ELLIE:  Well yeah, but still. He needs me.

Sweet Ellie is THE most devoted office assistant ever. Gloman has a pretty sweet home office set up, as do Ellie and Waffles. There's always a cushy chair and lots of sunbeams. Ellie is rarely late for the start of her day. Waffles has more of a tendency to saunter in on his own schedule.

Today's photos have both Ellie and Waffles hanging out in the bedroom though. Obviously slacking from their daily duties. Too much lounge time over Thanksgiving and they probably don't even realize it's Monday. 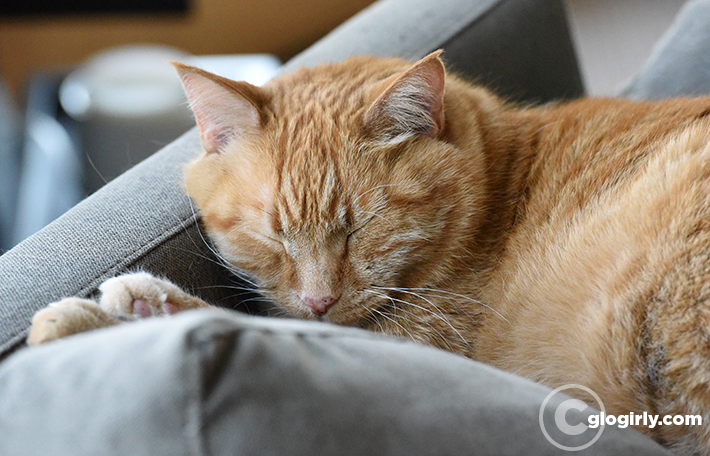 Meanwhile on the Slopes...

It's still very early-season, but Glogirly is already getting out on the snow as much as she can. She'll be volunteering again this year with Ignite Adaptive Sports and has a number of training clinics she'll be attending this December. Ski like a girl! 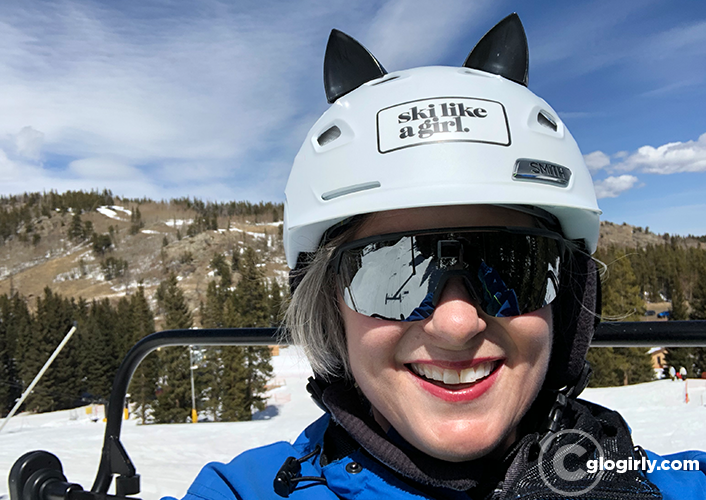