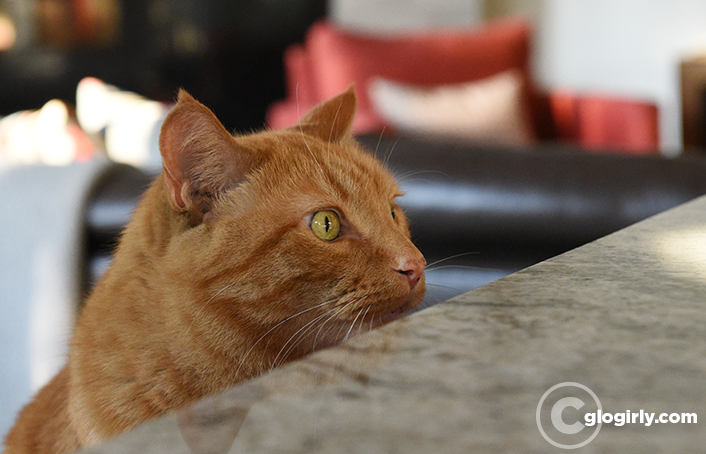 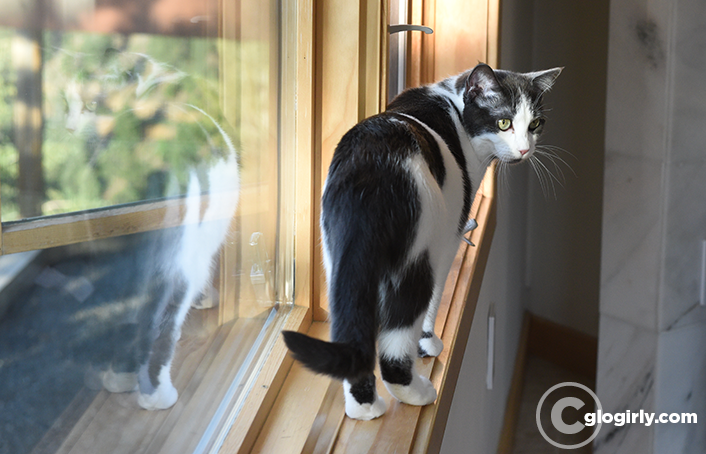 ELLIE:  What do you mean, Mr. Waffles? 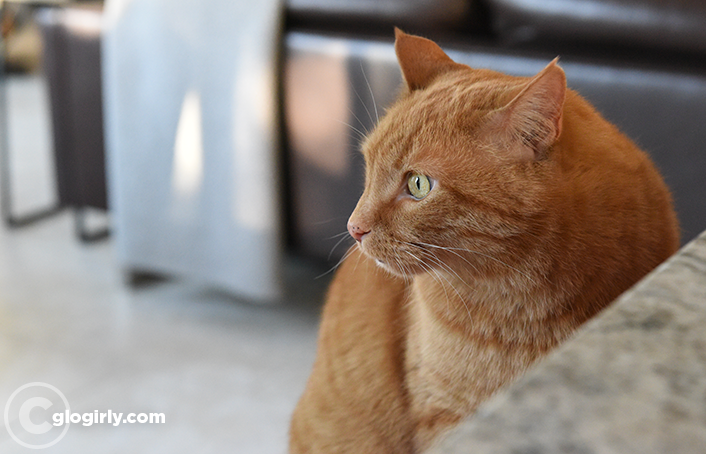 WAFFLES:  We're going to STARVE. It's 4:44 and no one is home. You better get over here. We may need to coordinate an assault on the big fridge. 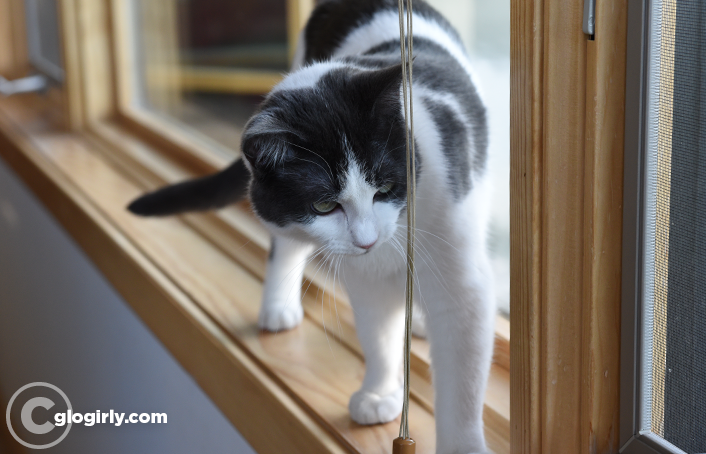 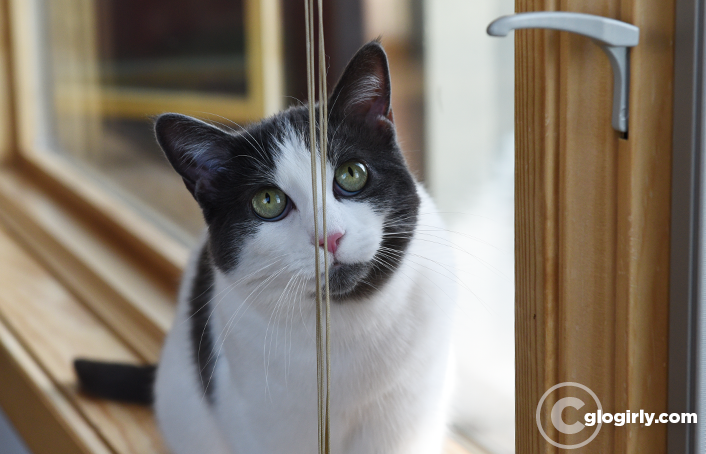 ELLIE:  But there's all kinds of cool smells and bugs. It's all breezy too. Don't worry, it's not windy. I know you're scared of the wind. 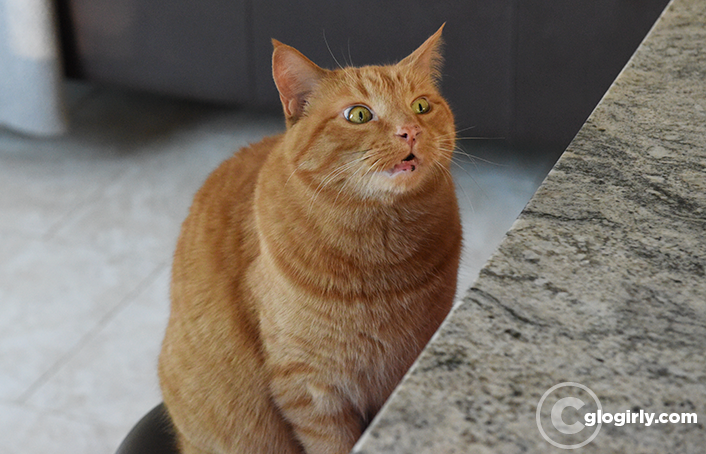 WAFFLES:  That's it. It's 5:01. We're doomed. You need to take this seriously, Ellie. Enough with the windows and breezy bugs already... 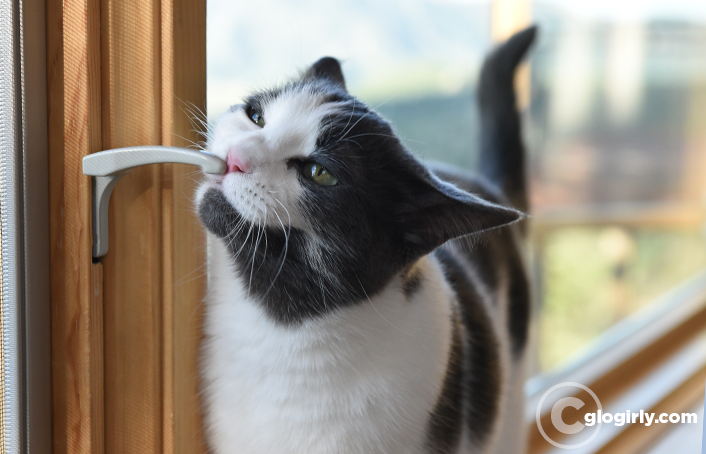 ELLIE:  Mmmmm, this one smells really good.
WAFFLES:  ELLIE!!!
ELLIE:  You don't have to panic, Mr. Waffles. Glogirly and Gloman went over to the vet's house for dinner. They said they'd be home soon. 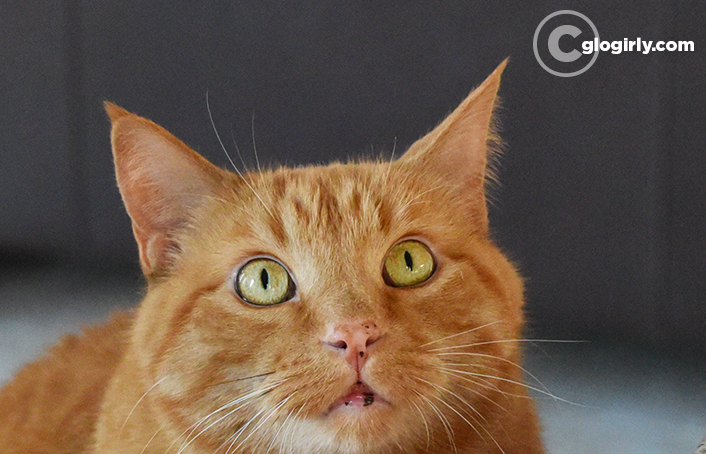 Ellie was right. Glogirly and Gloman really did spend the evening with our vet, her husband, and sister in law. And an untold number of kitties. How on earth did that happen? Glogirly and our vet's sister in law met in a ski group over the winter and have been swooshing down the slopes together ever since. Her brother has joined in as well...and he just happens to be married to our vet. This whole friendship triangle was never approved by Waffles.
Don't tell him, but it won't be long before the vet comes to OUR house for dinner!
Labels: GLOGIRLY-Tails Of A Cat And Her Girl