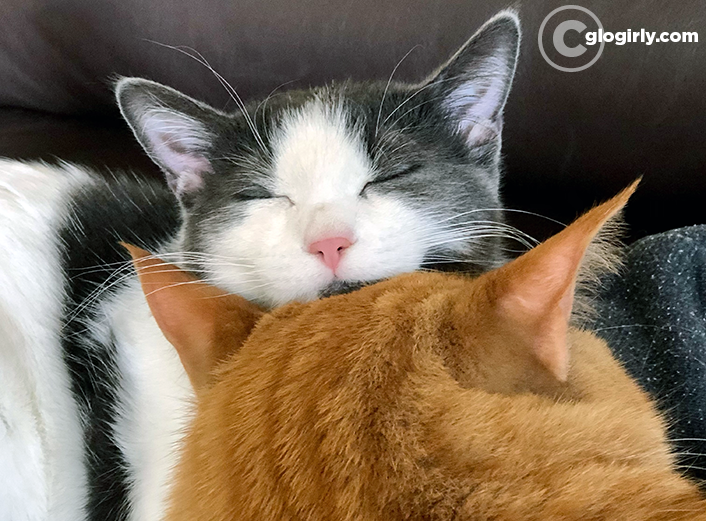 WAFFLES:  You're dreaming again, Ellie. And wiggling. You wiggle when you dream. 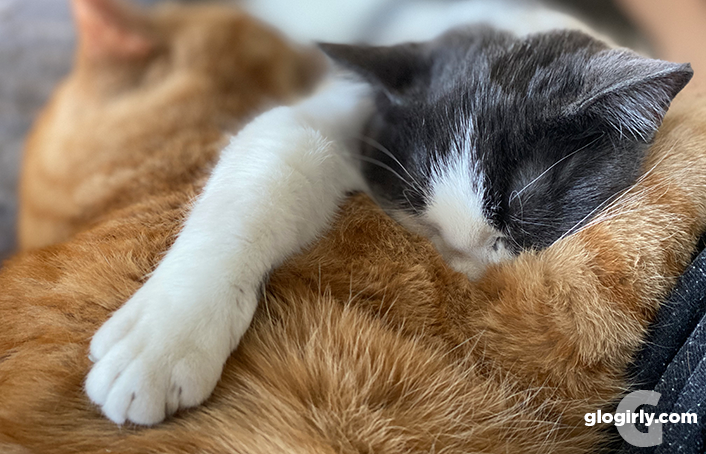 ELLIE:  ...watching movies and eating snacks, sleeping on Gloman's lap. Zzzzzzz..... With Mr. Waffles.
WAFFLES:  And when you wiggle, you wake me up, you know. 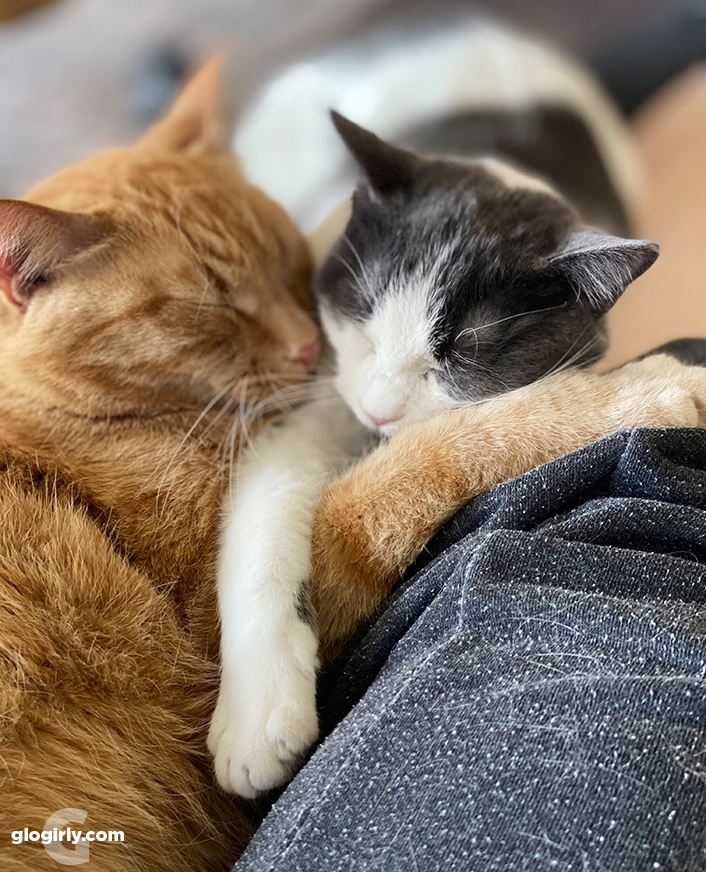 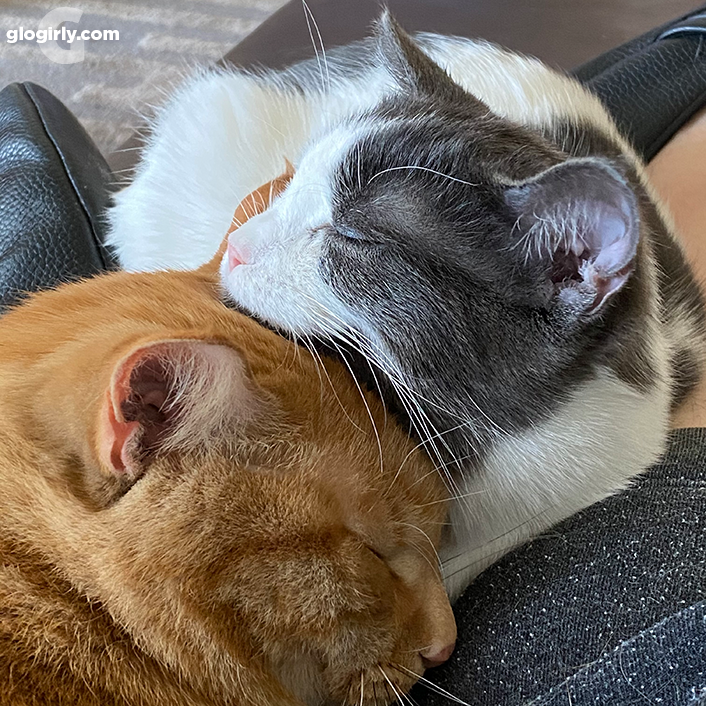 Is it possible for two kitties to love each other SOOOO much? It's clear that Waffles loves being around Ellie, though sometimes he still needs a little mancat time. But Ellie LIVES for Waffles. She bounces around the house, following him, copying his every move. It's so much cuteness, our hearts just melt. There is truly no place she'd rather be than right by his side.
Labels: GLOGIRLY-Tails Of A Cat And Her Girl