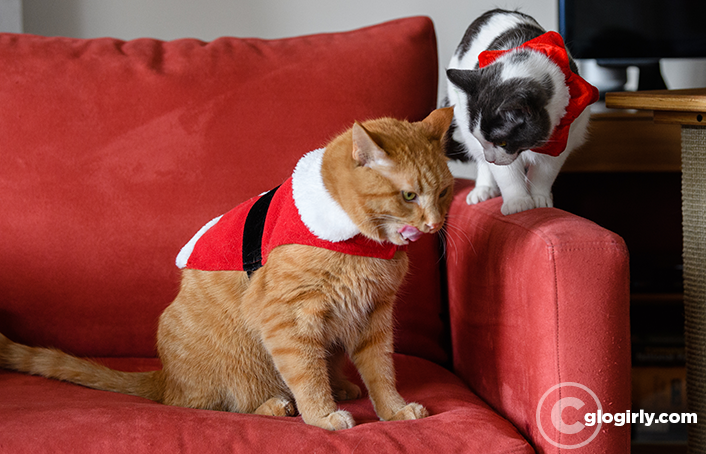 ELLIE:  So,  when are we going to work on our letters to Santa?

WAFFLES:  Well, first you have to make sure you're going to be on his nice list, not his naughty list. 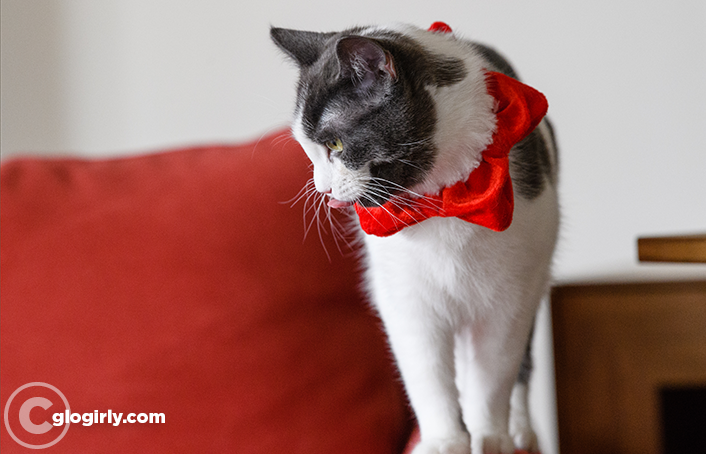 ELLIE:  But Mr. Waffles, I don't even know how to be naughty. Except maybe for that one time I got stuck in the kitchen cupboard. But that's because you opened the door and showed me how to go inside. Oh, and then there was that time I got locked in the shower. But that's because you closed the door with me inside. Oh, and then– 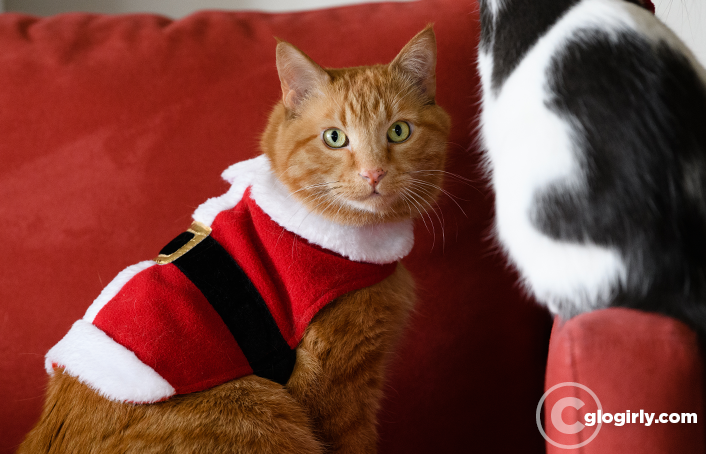 WAFFLES:  What are you saying, Ellie? That I'M the one getting you in trouble? 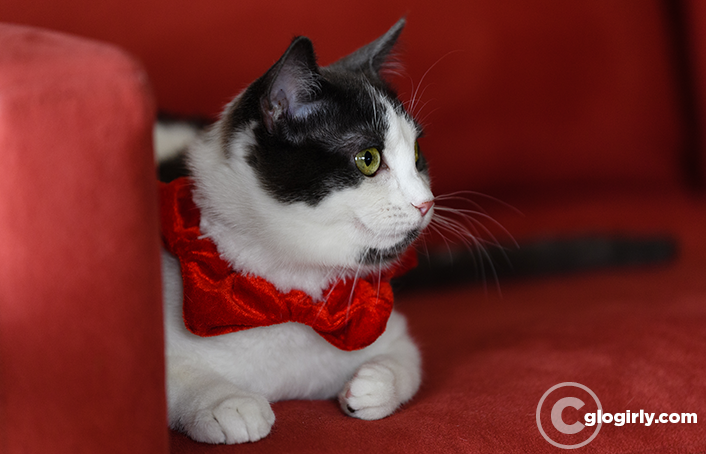 ELLIE:  No, I'm just saying you're the one that's opening and shutting all the doors and stuff. 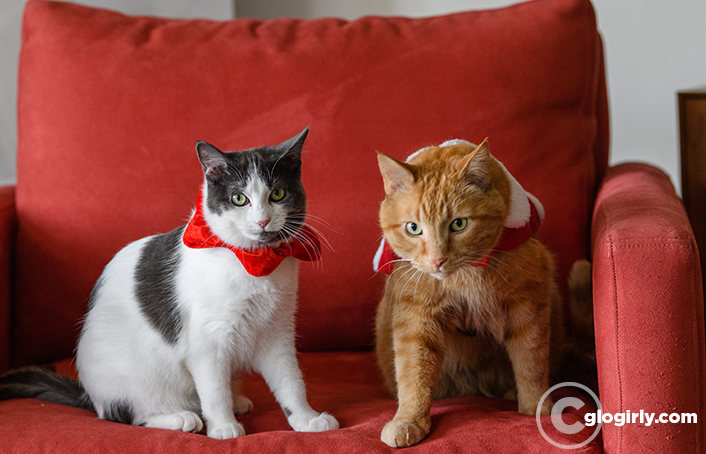 WAFFLES:  We're going to have some splaining to do for Santa.

Don't worry, both Ellie and Waffles have firmly established their permanent position on Santa's nice list. Though when it comes to well-intentioned mischief, Waffles is the instigator 99% of the time. Ellie is an excellent student though, so we suspect they'll be tag-teaming in no time!
Labels: GLOGIRLY-Tails Of A Cat And Her Girl