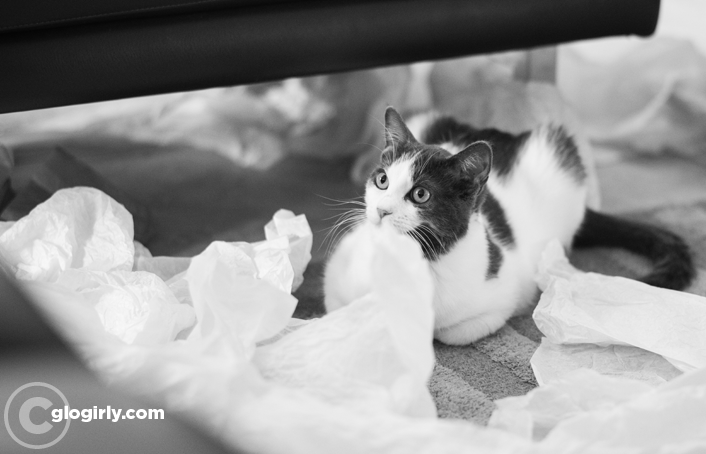 ELLIE:  Whoa! Mr. Waffles!!! Where did your orange furs go? 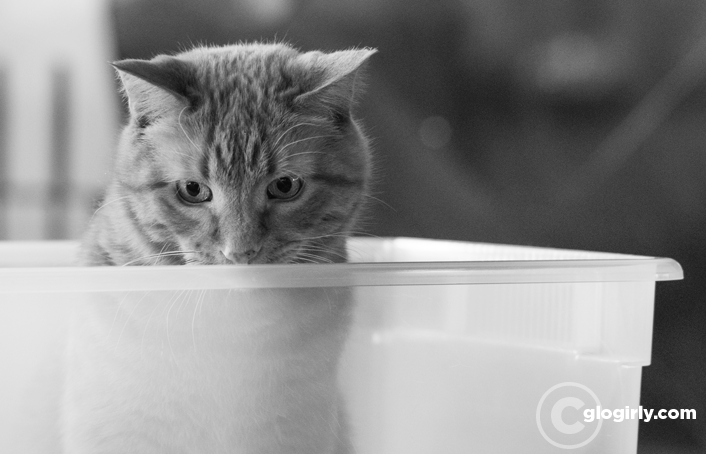 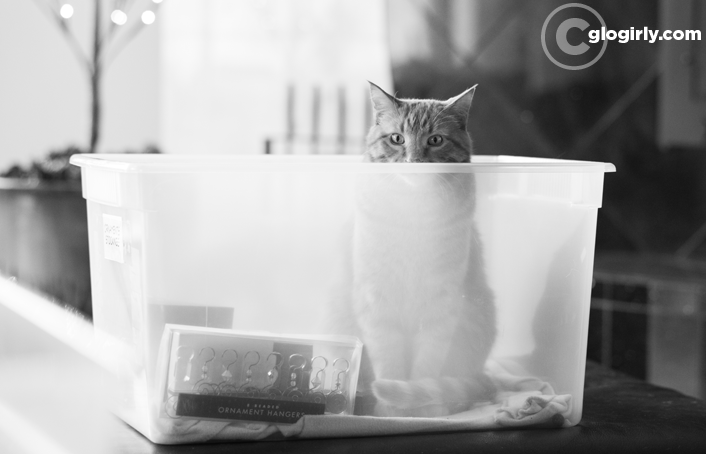 WAFFLES:  And boxes of ornaments. You're not allowed in the ornament boxes though. Only adult cats are allowed ornament access.
ELLIE:  What if the ornaments are on the tree thingy? Can I– 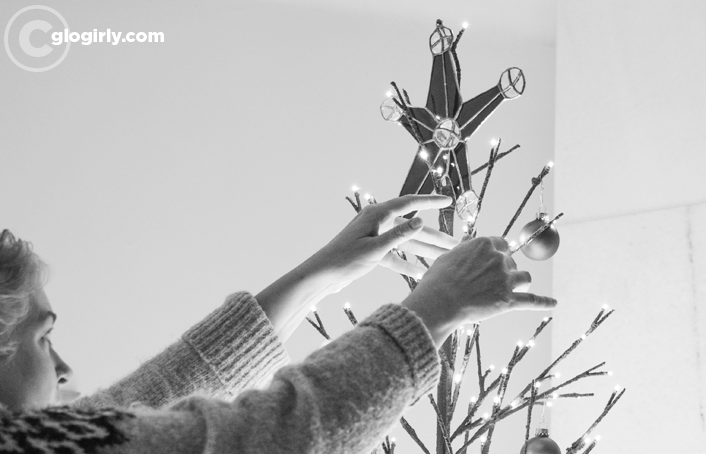 WAFFLES:  No tree access, no ornament access, Ellie.
ELLIE:  But Mr. Waffles, why have a tree and ornaments and stuff if we can't play with them? 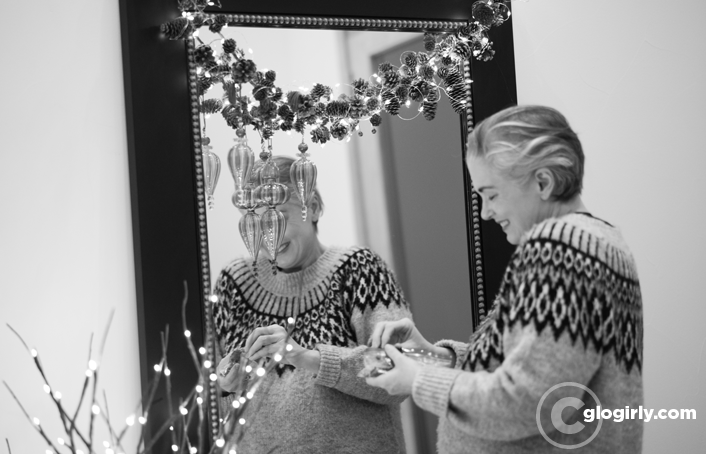 WAFFLES:  Good question, Ellie. According to Glogirly, it's one of those because I said so things. 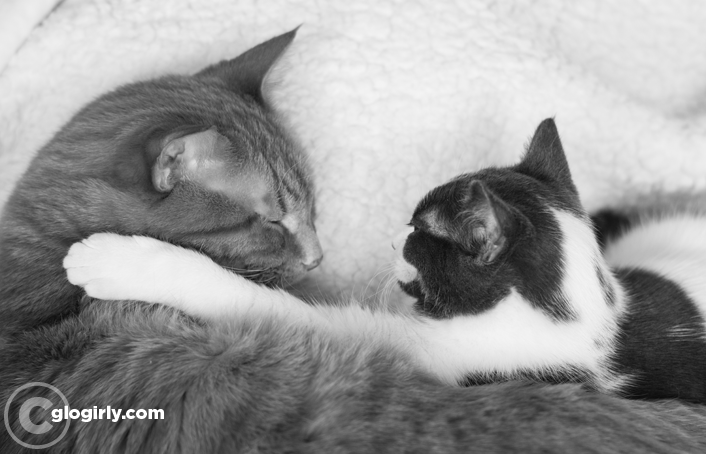 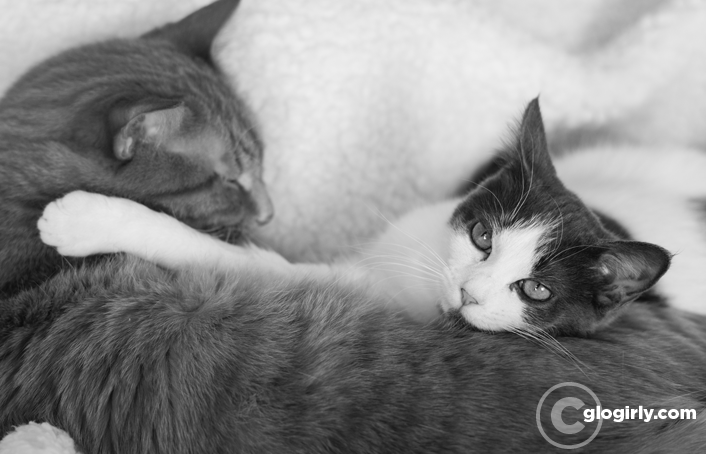 ELLIE:  Even if it doesn't make any sense.
About Today's Photos
Even though Christmas is SO last week, we thought you might like seeing a little bit of Glogirly's decorating. And if you're curious about Gloman and his black & white photos, it's true...he really does have a camera that shoots only black and white. It's called a monochrome. Don't worry, Waffles still has all of his handsome orange furs.
Happy Early New Year!
The next time we see you it's going to be NEXT YEAR already!!! We don't have any big plans here other than to stay up until midnight for our big countdown. Glogirly and Gloman will probably go out on the deck and yell Happy New Year to the starry sky. And there will likely be some champagne involved.
It's also possible that Waffles will be donning his famous coat and tails. ...that is, if he can still fit in it! LOL! 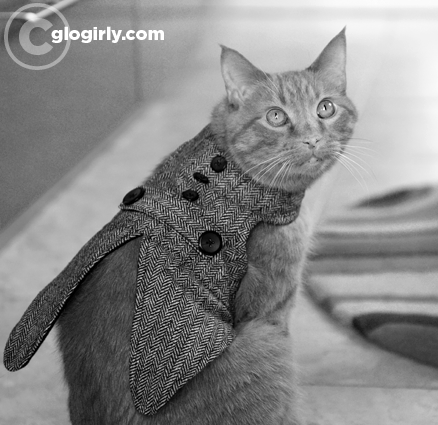 WAFFLES:  Whaddya  IF I can fit in it???
Labels: GLOGIRLY-Tails Of A Cat And Her Girl