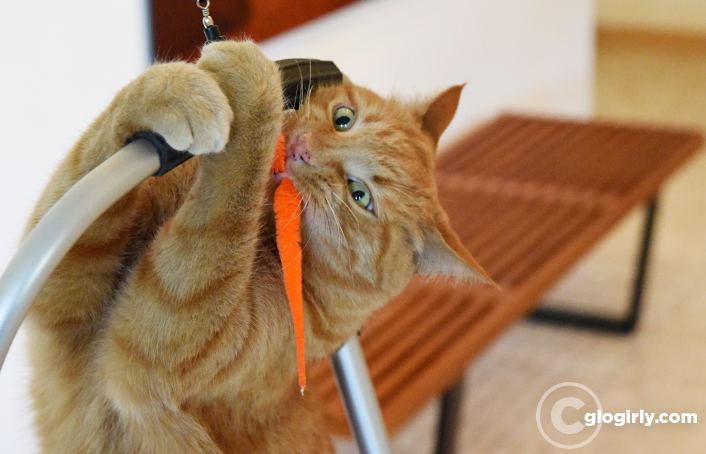 WAFFLES:  So Ellie, THIS is how you catch the worm! 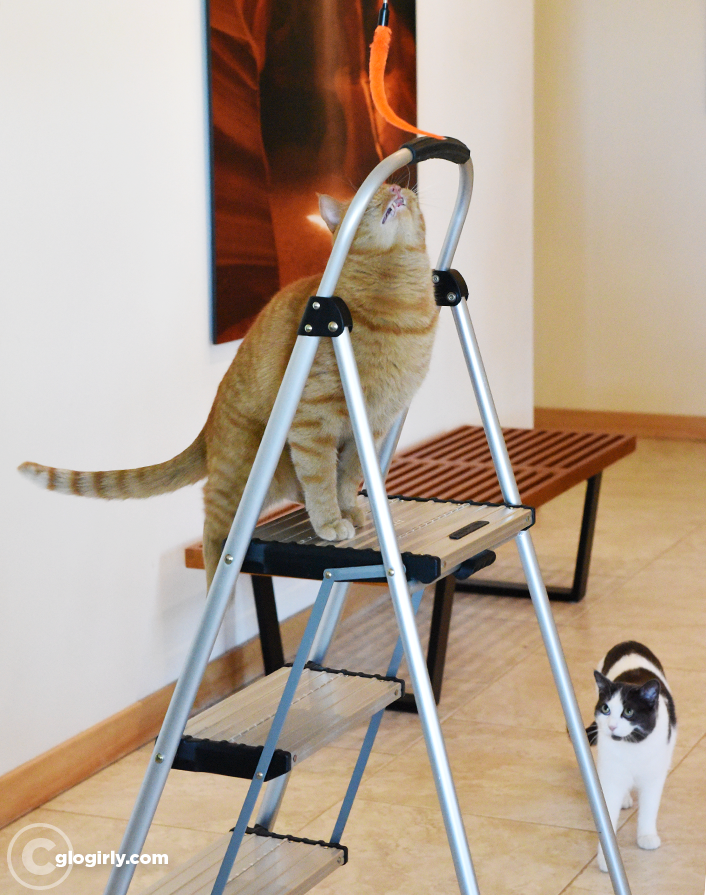 ELLIE:  But Mr. Waffles, that kind of looks like cheating on account of the ladder and all. 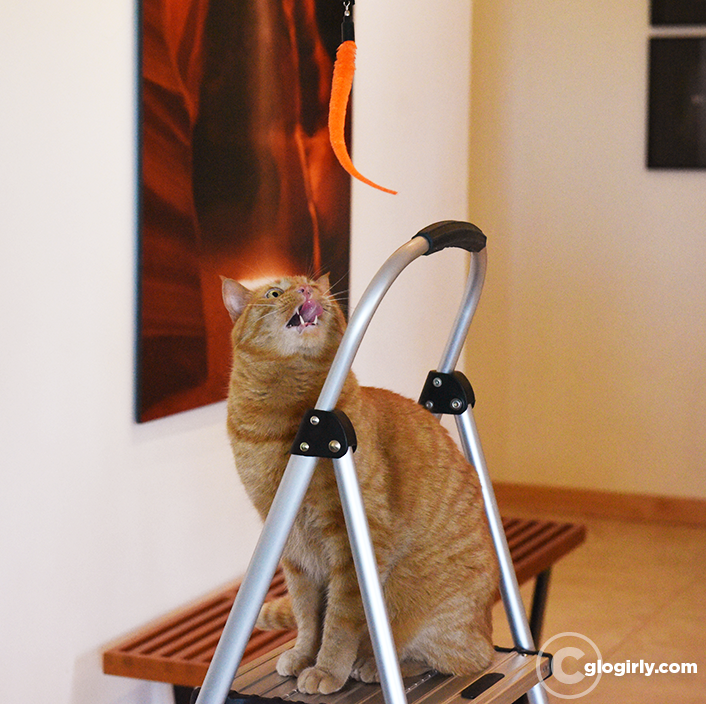 WAFFLES:  Cheating??? I'm not cheating. I'm just using Glogirly's ladder to catch the wormy wand toy. Like she uses it to catch the cobwebs. 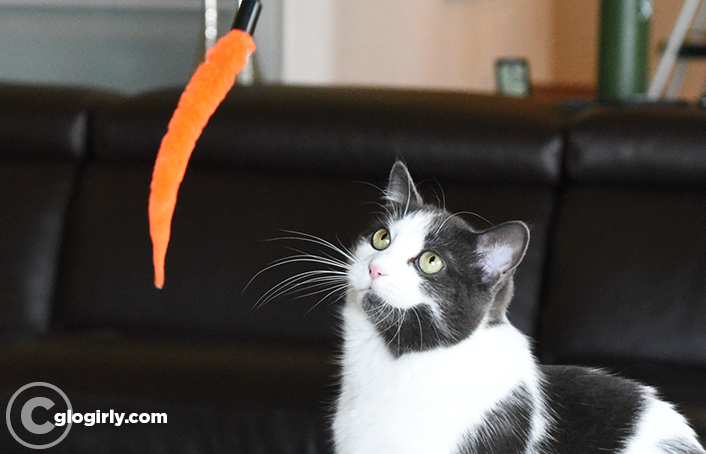 ELLIE:  I don't know, Mr. Waffles. Kind of looks like cheating.
WAFFLES:  Well you're sitting on the sofa, right? 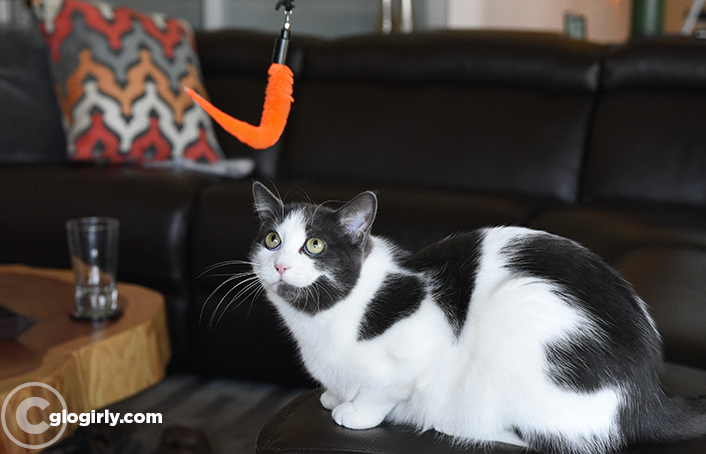 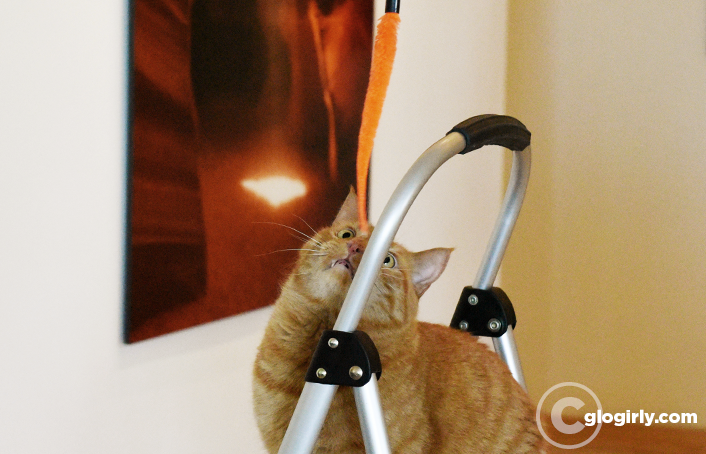 WAFFLES:  Well maybe they should! 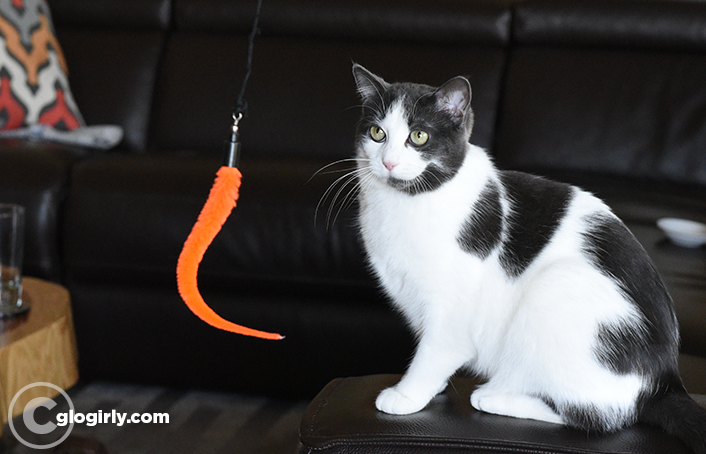 ELLIE:  No way is Gloman going to lay down on the ladder to watch his Netflix stories.

Waffles and Ellie have spent a lot of tie over the past week or so playing with their wand toy worm. When Glogirly left out her step ladder, Waffles took full advantage. Ladders AND wand toys??? Yes, please! Ellie hasn't climbed her first ladder yet, so she took to safer ground over on the sofa. But we predict in no time, Ellie will be climbing to the tippy top!
Labels: GLOGIRLY-Tails Of A Cat And Her Girl