Waffles and the Cat Hoodie 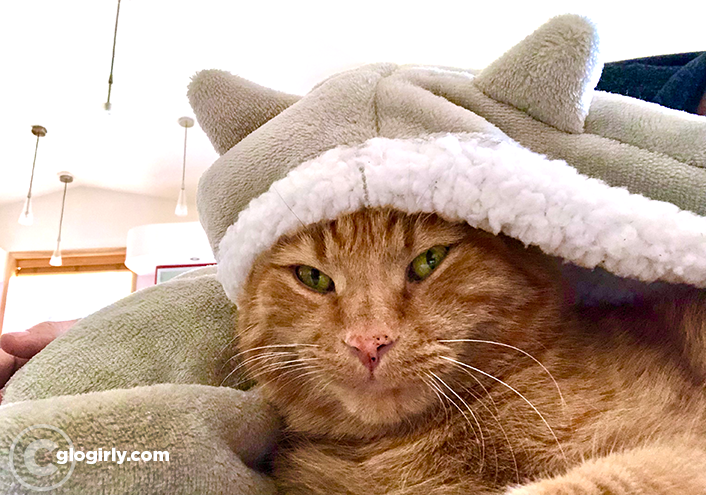 WAFFLES:  What. Haven't you ever seen a cat wearing a hoodie blanket before? 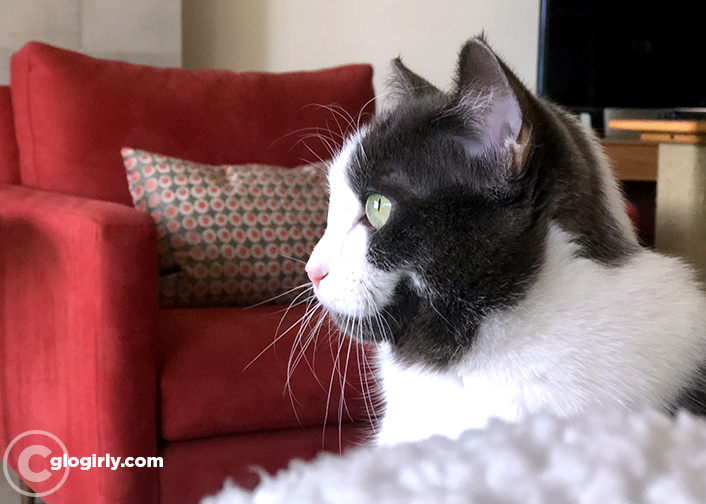 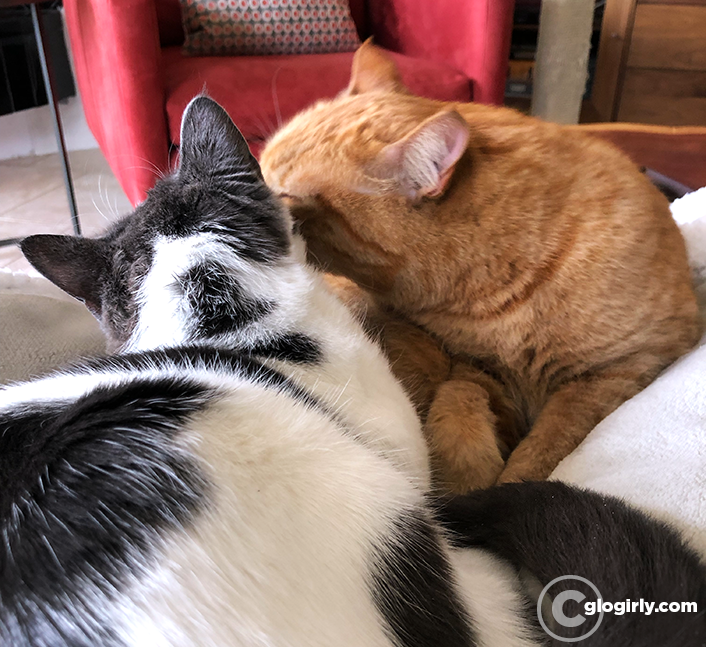 Glogirly took today's photos from the vantage point of her lap this past weekend while she and Gloman were binging their Netflix stories. It was a little chilly so she was curled up under her hooded cat wrap/blanket. When she realized that Waffles had curled up under the hood, she couldn't resist turning her phone on selfie mode. LOL!!!
Here's a video of the grooming-fest that took place over the course of numerous episodes. The licking was pretty mutual, though this video shows Waffles doing a little spot cleaning on Ellie.
PSSST! In case you were wondering, Glogirly's cat ears hoodie blanket is from CatLadyBox. And yes, she LOVES it.
Labels: GLOGIRLY-Tails Of A Cat And Her Girl