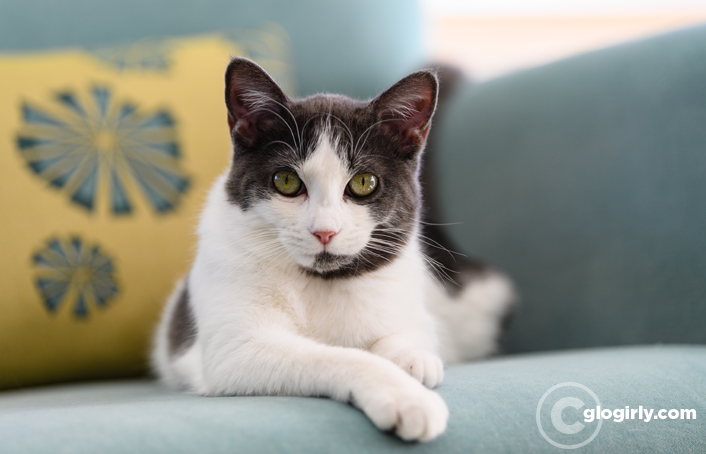 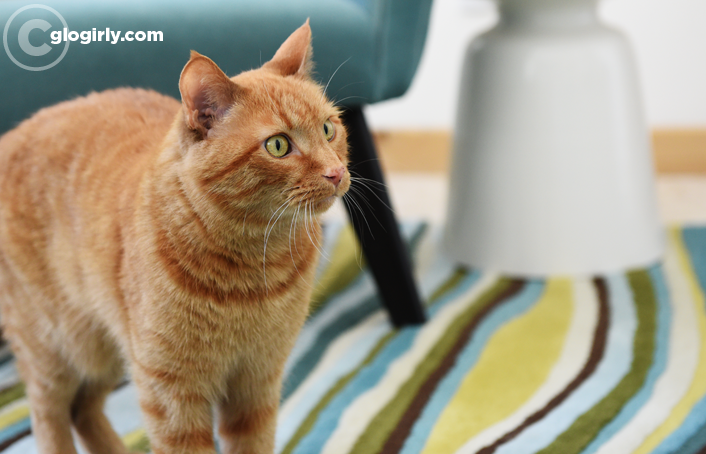 WAFFLES:  Whaddya mean you got a job? I didn't even know you were looking. 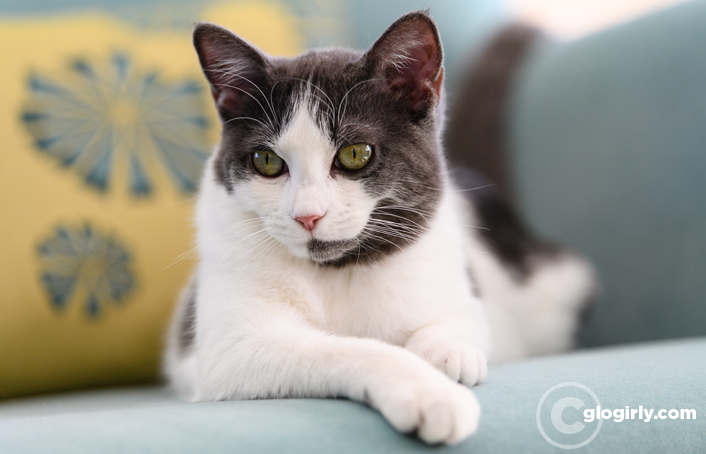 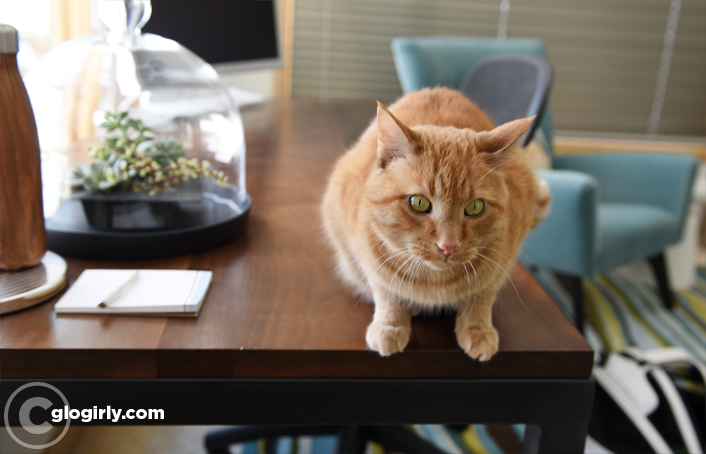 WAFFLES:  I thought *I* was Gloman's office assistant. What, does he need TWO office ow?

ELLIE:  I don't know. He just told me I was his assistant.

WAFFLES:  So this isn't a paid gig.

WAFFLES:  A job. You know, like with a paycheck and stuff.

WAFFLES:  So what do you do all day? ELLIE:  I sit here in the blue chair. Looking cute while he's on his zoomie calls. 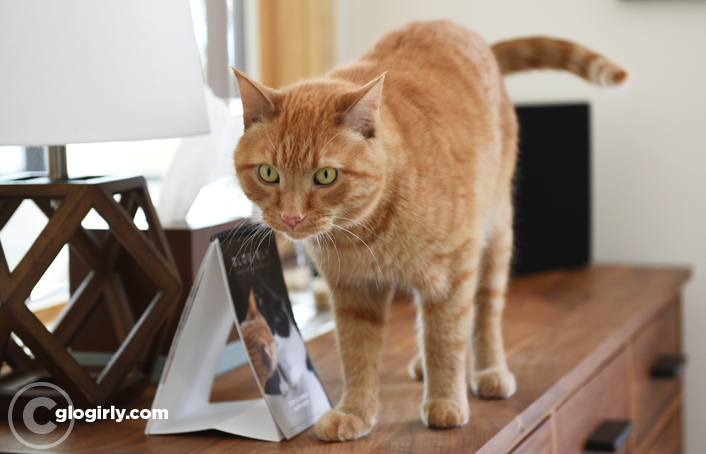 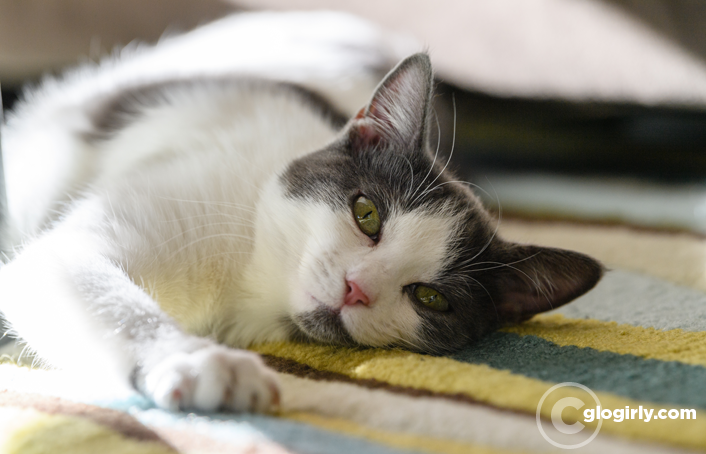 ELLIE:  Sometimes I lay here on the rug looking cute. While he's on his zoomie calls.
About Today's Photos
Gloman's home office is prime real estate when it comes to cats. Between the big windows that let the sunshine pour in, the comfy chair and soft rug, and just the fact that Gloman is there, Ellie and Waffles spend LOTS of time assisting him.
That is until the office shenanigans begin. 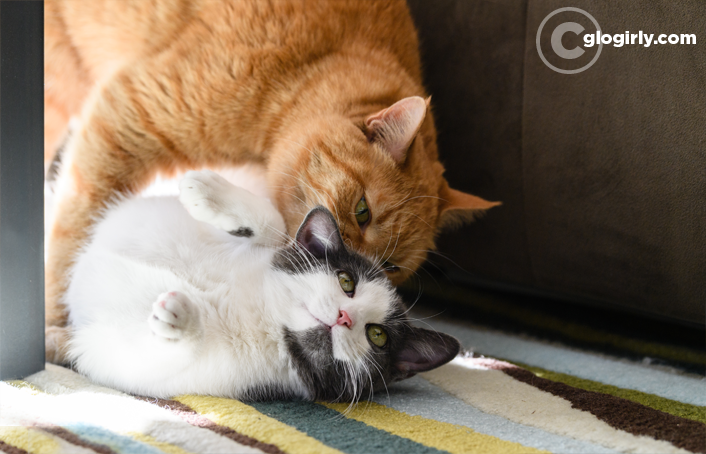