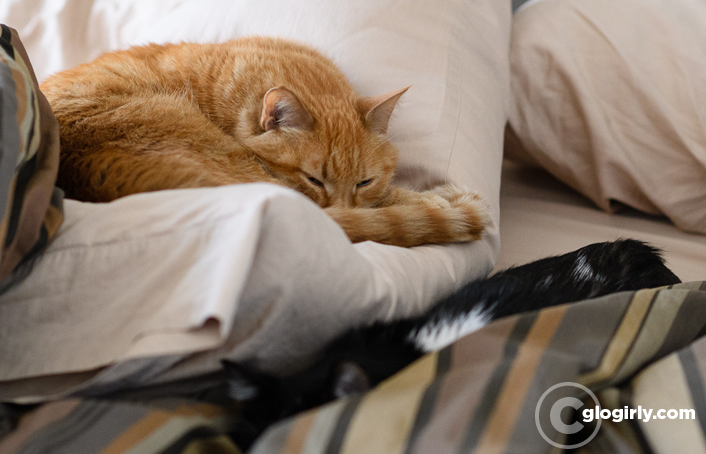 WAFFLES:  Hey Boss, are you sleeping? 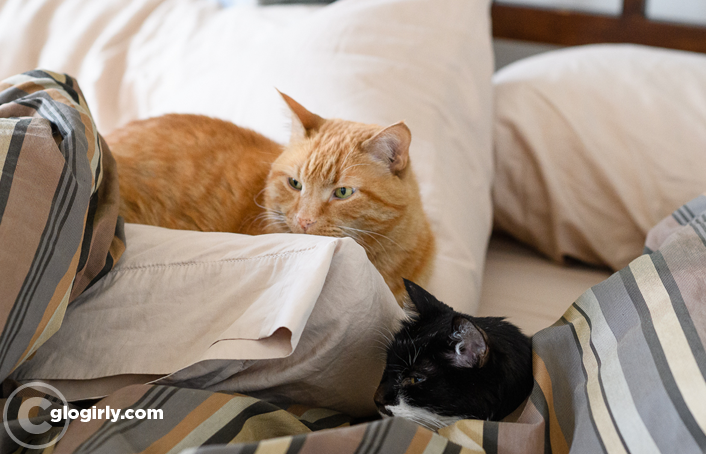 WAFFLES:  What's Gloman going to say if he sees us sleeping together?

KATIE:  Frankly, you should be more concerned about what I'LL say. 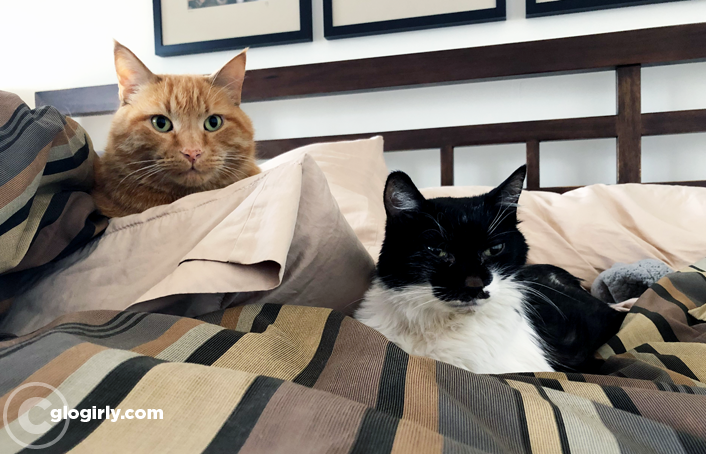 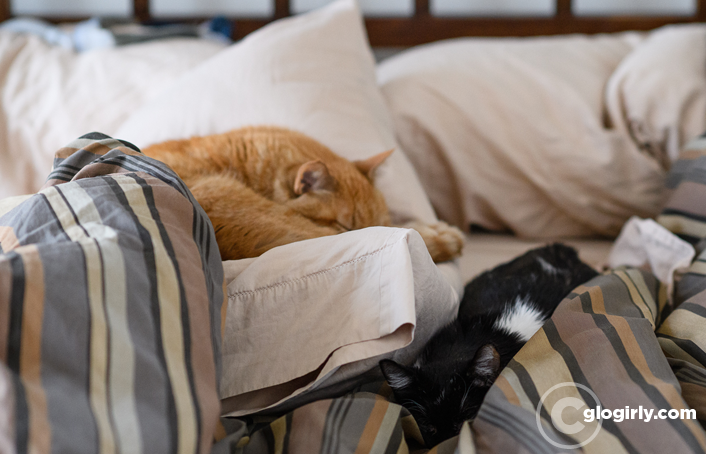 About Today's Photos
When Glogirly woke up the other morning, she couldn't believe her eyes. Both Waffles AND Katie were sleeping soundly side by side, next to her in bed. She actually texted Gloman who was in the living room to tell him he should sneak into the bedroom to take a look. He did. And of course, he grabbed his camera on the way.

Because without photographic evidence, it never happened.