Dis Temper Of Mine 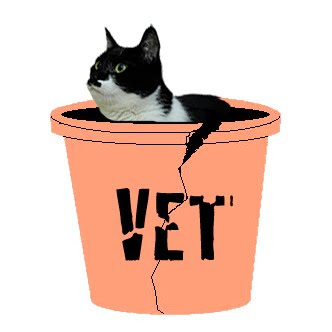 Hi everyone, Katie here.
You are probably wondering why I've been incommunicado for the past few days. Laying low. Well if you stopped by my Facebook Fan Page, you may have gotten wind of the latest. It's not good.
Not good at all.
You see, last week Glogirly brought me to the V-E-T. That's right, the V-E-T. And not just any V-E-T. This V-E-T in apparently went to the same School of V-E-T that Fin's V-E-T went to. The Crackpot School of V-E-T. 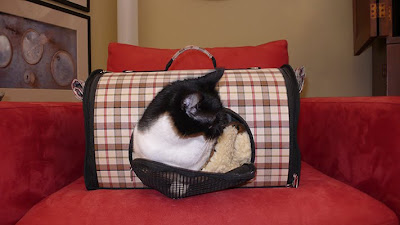 Had I known what was in store, I would have put up a much stronger fight when Glogirly forced me into my plaid carrier. I don't care how cute and fashionable it is. I don't care that it matches her pretty red car or my pretty red chair. It's a wolf in sheep's clothing I tell you. Nothing more than a V-E-T transport system. 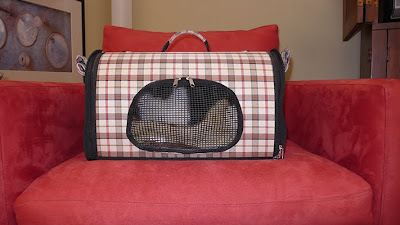 She even had the audacity to put Green Frog in with me. Now he stinks of V-E-T and I can't touch him. 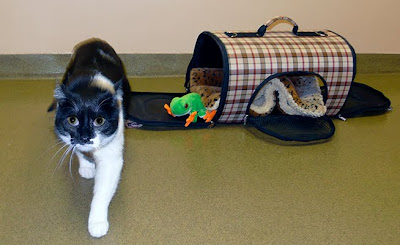 So I had two gigantic shots. One was for rabies. So much for my theory that rabies is a dog's disease. And the second was for my temper. NEWS FLASH: A shot is NOT going to help dis temper of mine. 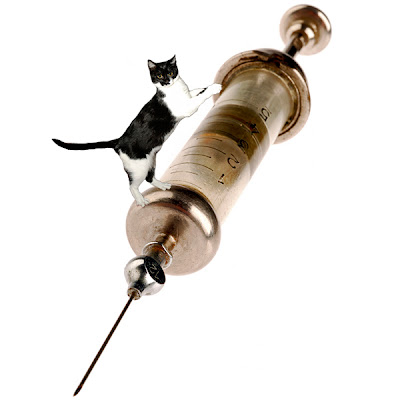 After the two horrific needle incidents the Crackpot V-E-T began using a word no cat wants to hear. DIET. No, not diet as in, "Hey! Let's Eat!!" We're talking diet as in "Food Deprivation." "Weight Loss." "EXERCISE." Apparently my svelte 9 pounds has turned into a tubby 10-plus. If I don't lose the weight, then we're talking low carb. LOW CARB? I bet you any amount of nip that my tasty gingivitis food is anything but low carb. 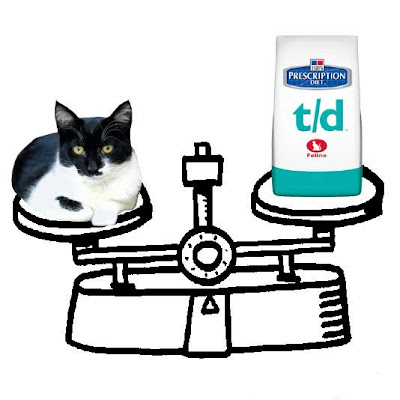 Just as we were getting ready to leave, the Crackpot V-E-T had the nerve to compliment me on my teeth. I've been doing such a good job crunching on my high fat, high calorie gingivitis food that I no longer have gingivitis. Well that's a fine how-do-you-do.
I can't win. 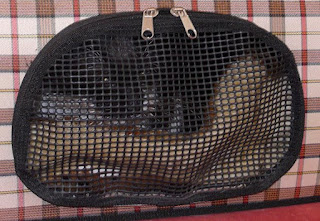