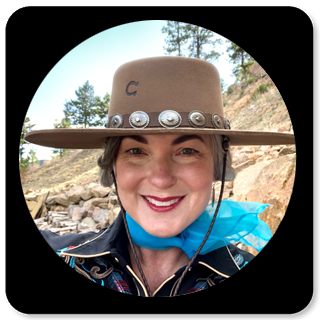 Meet Glogirly
She and her tuxedo-kitty-turned-partner-in-crime Katie started their blogging affair on a whim back in 2009.
You might say , the confident and sharp-tongued of the two, was Glogirly's alter ego. But Katie was always quick to assert that her ego is perfectly fine the way it was and needed no alteration. "Get your own ego, Glogirly."
In June of 2020, Glogirly lost a piece of her heart and voice when Katie passed away at the age of 15. She hopes to find a new voice through a sweet little girl-kitten named Ellie who has just recently joined the family.
An accomplished graphic designer and marketer, Glogirly's work has become instantly recognizable for her whimsical illustrations and often hilarious imagery. Here on the blog, her gorgeous original photography is often sprinkled with a little Photoshop pixie dust.
Glogirly's graphics aren't limited to her own blog. GLOGIRLY DESIGN specializes in logo design, packaging, headers, social media profiles, blog makeovers, biz cards, and media kits. And it's not all about cats. She's has a number of clients who are real dogs too. Goats, rabbits... she even works with people. She says that the right design can help define a blogger's voice, their blog's personality, and their visual brand. That's just fancy marketing-speak for she makes her clients look and feel amazing. 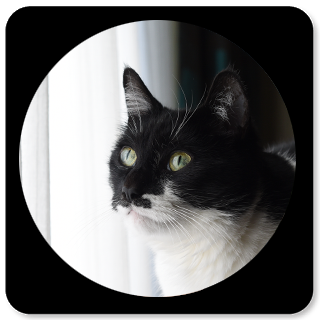 Meet Katie
Katie was the primary voice and inspiration behind the blog for 11 years. With a sarcastic and quick wit, she had something to say about everything...and everyone. She shared accounts of her life from a point of view that seemed to be half cat and .
Katie was a shelter kitty, adopted by Gloman and given to Glogirly on their wedding anniversary. It was and will remain the most special gift and gesture of love of her life. Despite Katie's reputation for avoiding gratuitous public displays of affection, she always held a special place in her little kitty heart for Gloman, the one who chose her and gave her a real forever home.
Katie's career as a blogging cat was a rewarding one. She and her memory hold a stack of AWARDS she hadn't enough paws or toes to count. Through contests, competitions, and sponsored giveaways, she and Glogirly raised over $50,000 in food, supplies, and cash for hundreds of homeless kitties. Even Katie had her soft side.
You can read our moving tribute to Katie here:
Remembering Katie - A Tribute to an Unforgettable Tuxedo Cat 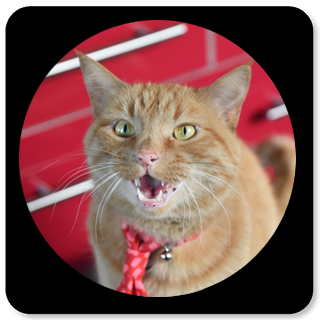 ...and then came Waffles
Up until very recently, Waffles was the youngest member of the GLOGIRLY family. He's a maniac tabby with a severe case of the zoomies. His goofy personality and antics keep us smiling, laughing, and loving life.

Just like Katie, Waffles has something to say about EVERYTHING. Whether he knows what he's talking about or not. And usually, it's the latter. His blogging voice is simple and his vocabulary . He called Katie the *Boss* and now finds himself wondering about the new kitten's role in the house and how he can apply for the position of Boss. Little does he know, there will never be another Katie or another Boss.
Waffles often  up his words and their meanings. He's the master of malapropisms. Though he has NO idea what that means either. He has a long-time chicken obsession that weaves its way into much of what he talks about. When he grows up (though at almost 8 years old he's still ALL kitten) he wants to become a chicken rancher. 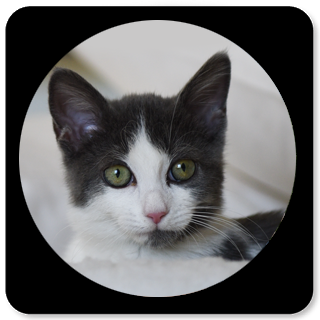 Hello Ellie!
Little did any of us know that when our sweet Katie passed away in June of 2020, the stars had a new plan for our hearts. On a farm in rural Colorado, a beautiful girl kitten was born. A loving woman who lives on the knew that she could not properly care for the wee one or her year-old mother and contacted a local clinic and rescue nonprofit called The Feline Fix.
It broke her heart to place them in the arms of the shelter, but she knew it was the best thing for them. When Glogirly felt her heart was ready, she found sweet Ellie. Or rather, Ellie found her.
It was Glogirly and Gloman's 18th wedding anniversary, so it was . A perfect way to honor the memory of Katie by giving a loving home to a sweet kitten born the same week we said goodbye to our  girl.
Everything is still big and new for Miss Ellie Belly. She's a quick study though! She's already finding her voice and establishing her forever place in our hearts. 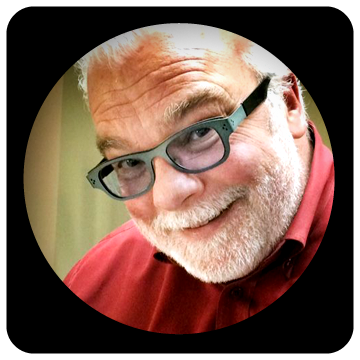 Meet Gloman
If it weren't for Gloman... Glogirly, Katie, the blog,  even Waffles and Ellie may never have happened. In September of 1997, Gloman heard a knock at the front door. He opened it and found himself staring at a cute girl. It was a chance meeting. Still, Gloman joked with his friends, just hours later, that one day he'd marry that girl. Five years later, Gloman proposed to his girl at that same front door and they were married just a few months later. So when the cute girl married Gloman, she automatically became "Glogirly."
A self-professed DOG-person, Gloman always joked with Glogirly about cats. Then one day, on their 3rd wedding anniversary, he came home with a very special gift for his girl. The little black and white kitten darted around the townhouse with a purple ribbon for a collar and a tiny little tag that read, Happy Anniversary, I love you."
Now THAT'S true love. Glogirly named her kitten Katie, and that's where it all began. When she decided she was going to start a  and wasn't sure where to begin or what to write, Gloman suggested, "Why don't you have Katie introduce you?" Well, it stuck. Glogirly has been writing in the voice of Katie, and eventually Waffles, ever since.
Gloman is an extremely skilled and talented photographer. He's taught Glogirly everything she knows about capturing beautiful images. He's the CatDaddy of CatDaddies and had a very special relationship with Katie. And of course, Waffles too. His gentle and giving heart make their house a home. A forever home. 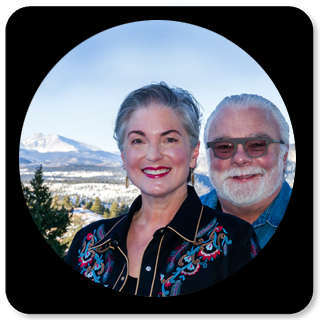 Home
Glogirly, Gloman, and the mountain kitties share their love and their home in the rocky mountains of Colorado. For them, it's like living in a national park paradise.
Their furry and feathered neighbors include deer, fox, chipmunks, and hummingbirds they all enjoy through their windows into the world. 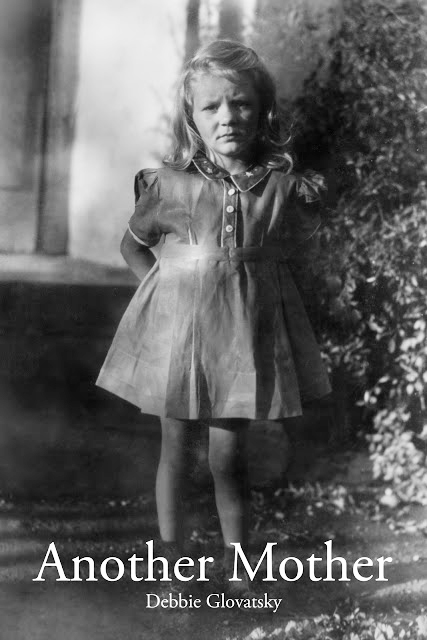 Another Mother
Glogirly and her kitties share something very special... besides living on the pink pages of GLOGIRLY. They were all adopted
er Mother is the story of Glogirly's search for her  and family. Katie narrates this amazing story of love, hope, tenacity, and gratitude. It's a lifechanging journey that Glogirly never dreamed would be possible.
So far, the story lives only here on the pages of our blog. Glogirly hopes to someday publish her story as a memoir.
We invite you to share in her journey. We think you'll find yourself on the edge of your seat, reaching for the Kleenex.
Read ANOTHER MOTHER