Waffles and the 12' Ladder and Smoke Alarm Drama 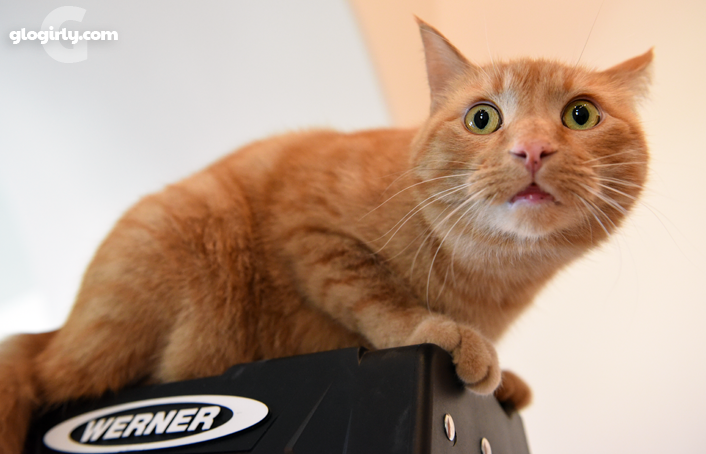 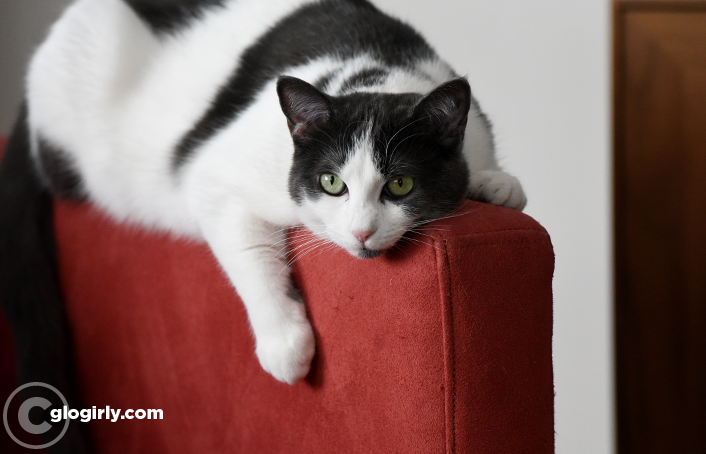 ELLIE:   What are you doing up there, Mr. Waffles? Do you even know how to get down? 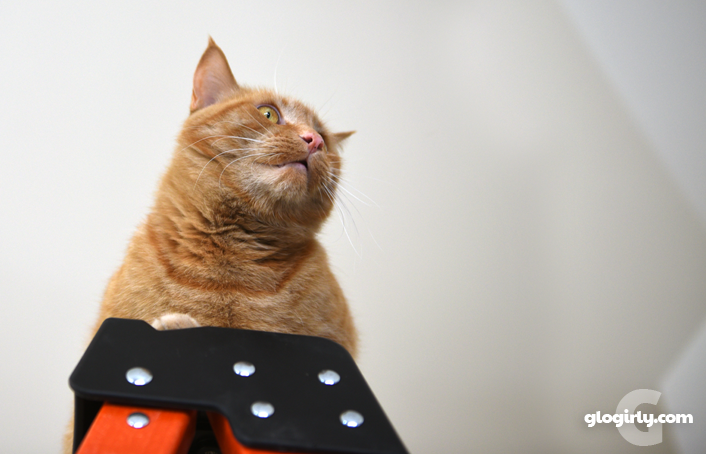 WAFFLES:  Down? Of course I know how to get down. 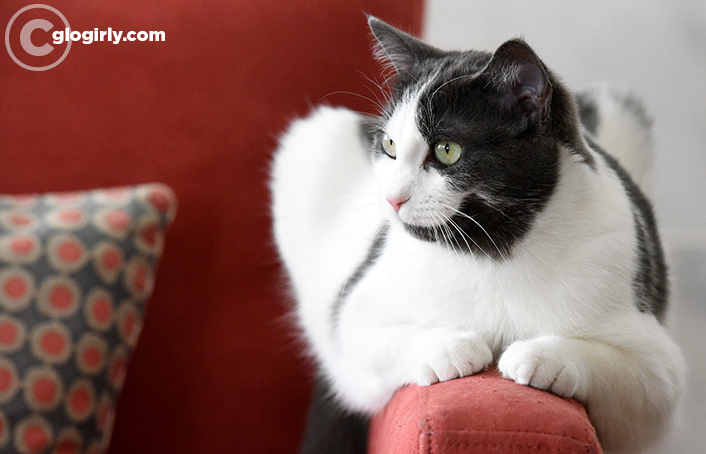 ELLIE:  Are you sure? On account of that looks really, really, super high. 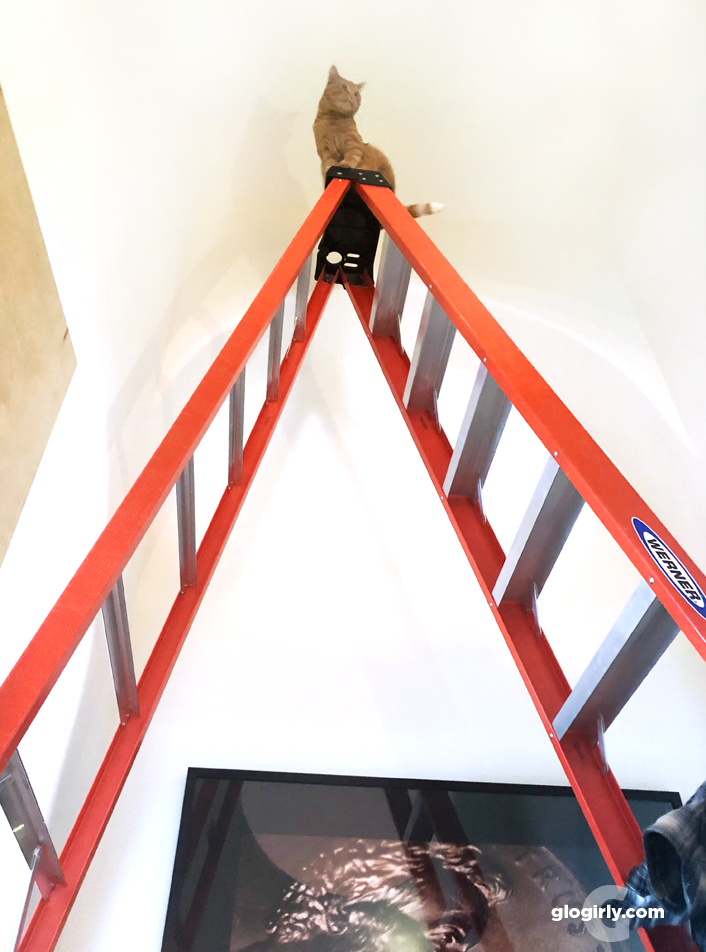 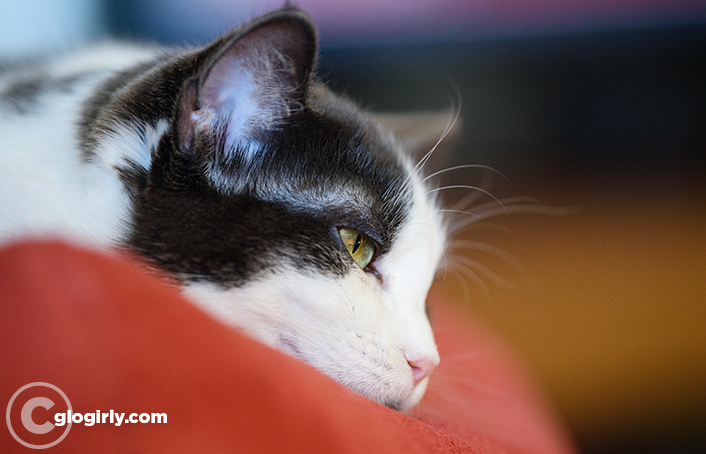 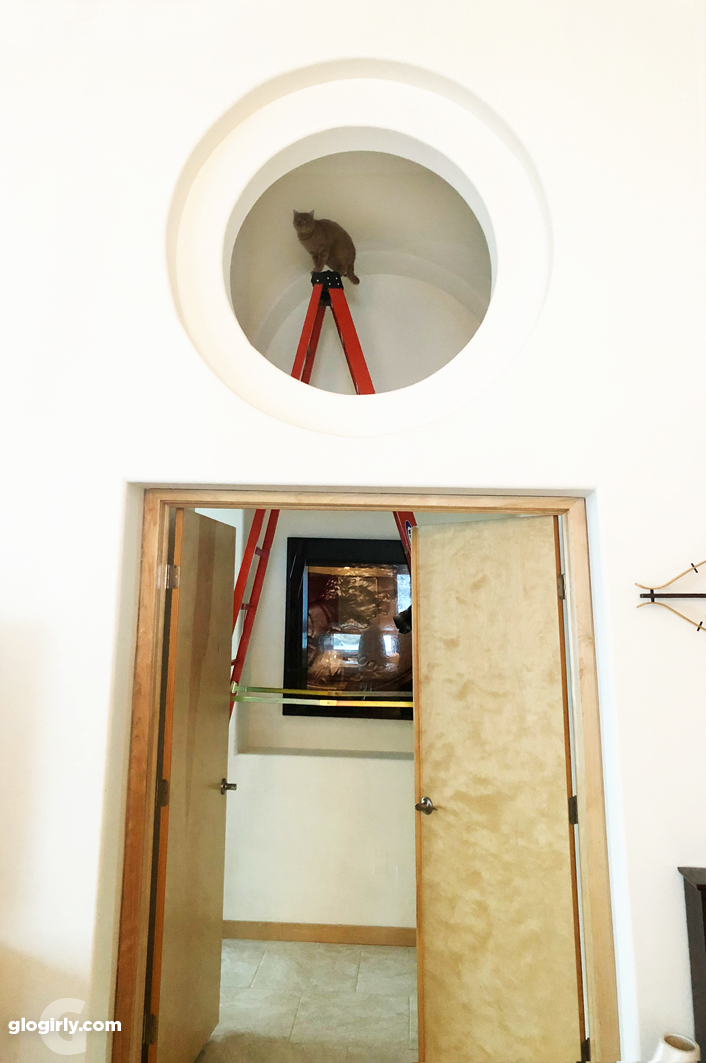 WAFFLES:  Can someone bring me a snack??? GLOGIRLY!! HELP ME, GLOGIRLY!!!!!!!!!!
Waffles and the 12' Ladder
We had a smoke alarm incident over the weekend. It was of course the hardest to reach, 14' up in the air, smoke alarm. Glogirly was using a LOT of HBO words on account of she had this same smoke alarm replaced less than THREE years ago with one of those 10-year smoke alarms that are all self contained and supposed to last for 10 years. That's why they call them a 10-year smoke alarm.
The unsuspecting people at First Alert are going to have some "splaining" to do when she calls them tomorrow.
Gloman was out of town and the alarm was screaming non-stop so it was up to Glogirly to maneuver the enormous 12' ladder into the house. Again, lots of HBO words.
She first tried knocking the smoke alarm down with the big stick she uses for washing the windows outside. She managed to push the button with her stick to make the screaming stop. That worked for about 60 seconds. Finally she inched her way up to reach the beast with her bare hands. Fortunately it came off pretty easily and she found a deactivation button on the back to make the screaming stop. Well, it at least stopped the smoke alarm's screams.
Once the raucous was over, she thought about whether to just leave the ladder up until she could get help taking it down. But Waffles had other plans. So she had to rescue him from the top and then muscle the ladder down and back into the garage.
Good thing this all happened at 2am when she couldn't call for help. 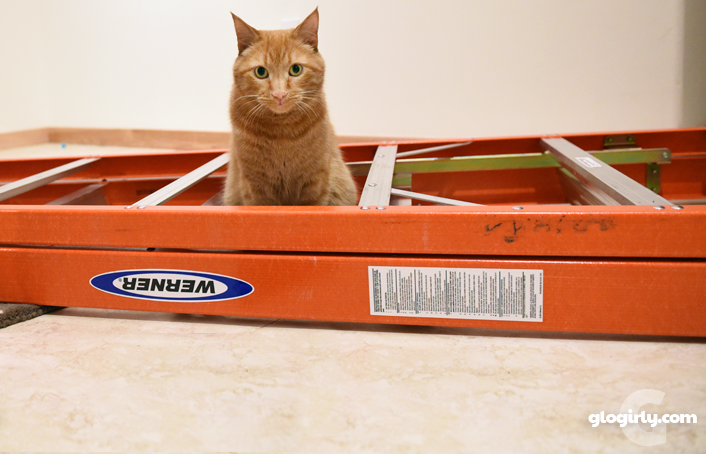 WAFFLES:  Can we do it again? Can we???
Labels: GLOGIRLY-Tails Of A Cat And Her Girl