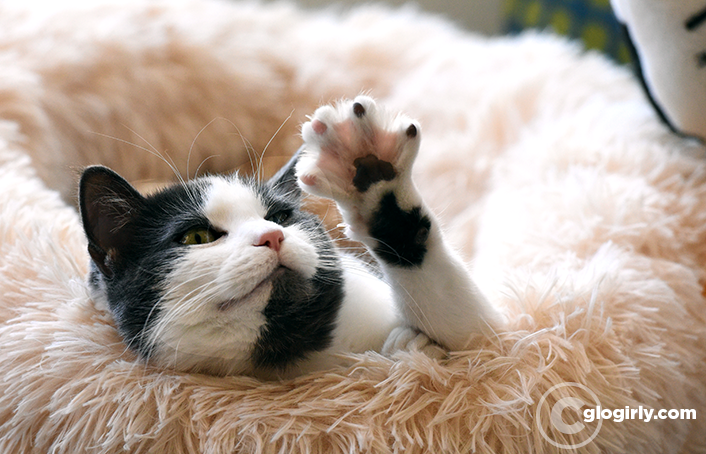 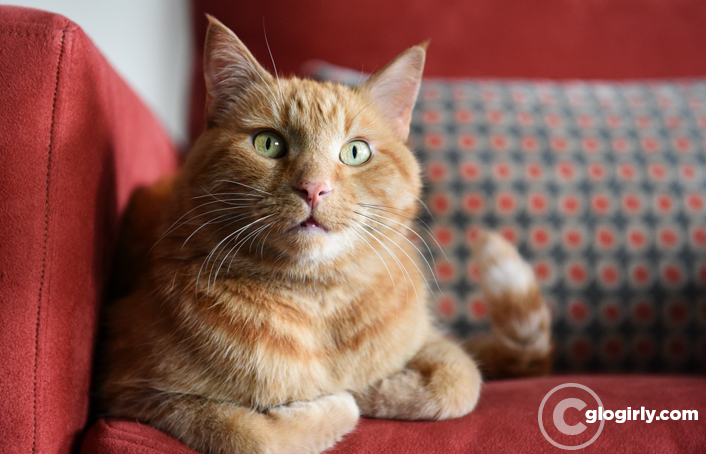 WAFFLES:  I don't know, Ellie. Probably elebenty hundred or so. I prefer to keep mine tucked. 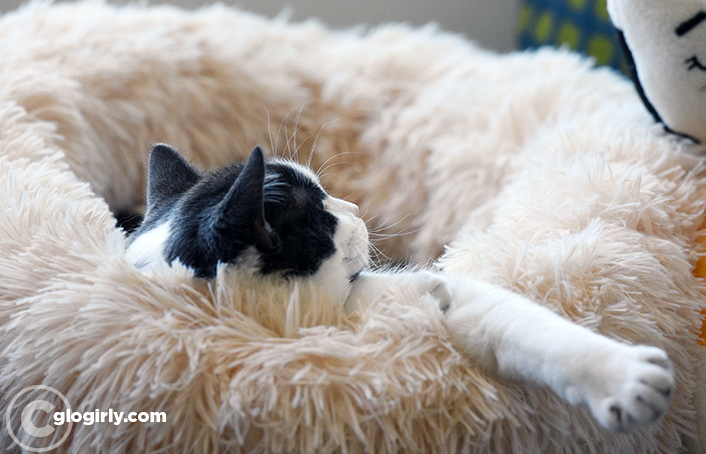 ELLIE:  Elebenty hundred??? That's a lot of toes, isn't it?
WAFFLES:  Standard amount.
ELLIE:  But don't you want to count them?
WAFFLES:  Counting is overrated. 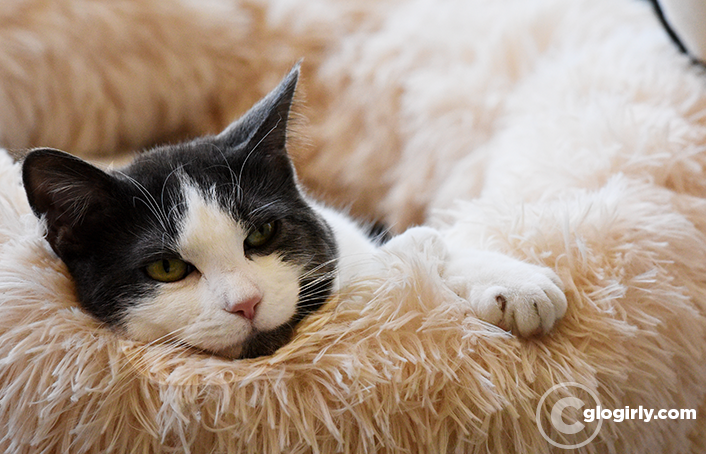 ELLIE:  Don't tell, but I've heard Waffles count before and he thinks seven comes after three. 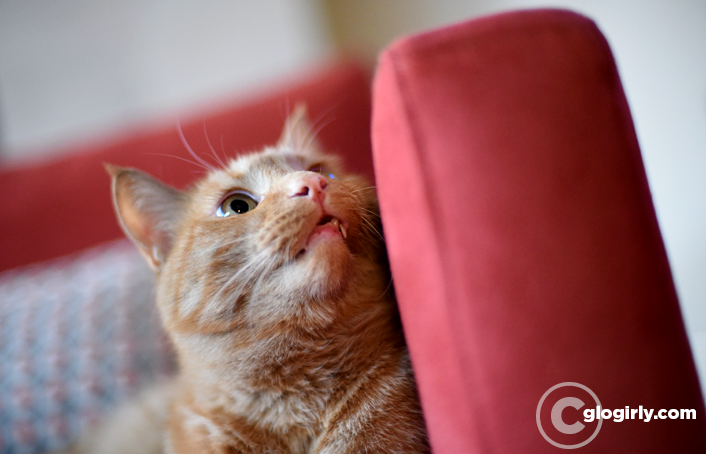 If you've been following our adventures for awhile now, you probably remember Waffles has never been much at counting. Especially when it comes to things like treats and chicken dummies.
And when it comes to paws, Waffles is king of the tucked, catloaf style paw. Every once in awhile Ellie will tuck hers, but much more often she loves to stretch them out and admire them. After all, they are pretty spectacular paws.
Labels: GLOGIRLY-Tails Of A Cat And Her Girl