Vanity and the Orange Mancat 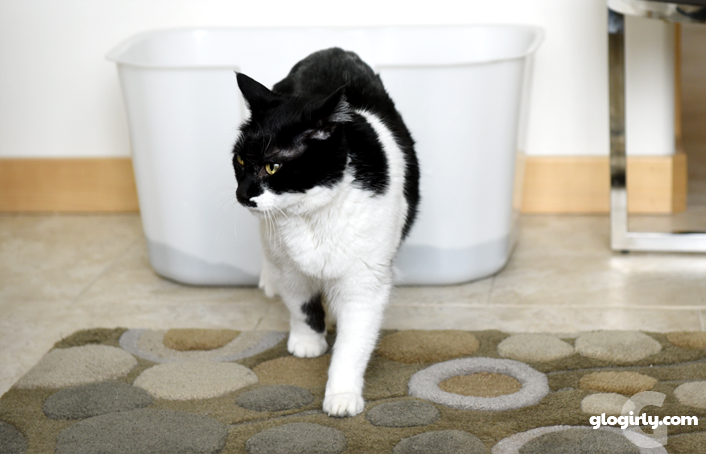 KATIE:  So, Mr. Waffles Wednesday, you know you're not supposed to be on the counter, right?

WAFFLES:  That's the KITCHEN counter, Boss. This is the bathroom, duh.

WAFFLES:  That's like three counters, Boss. You're kind of repeating yourself. 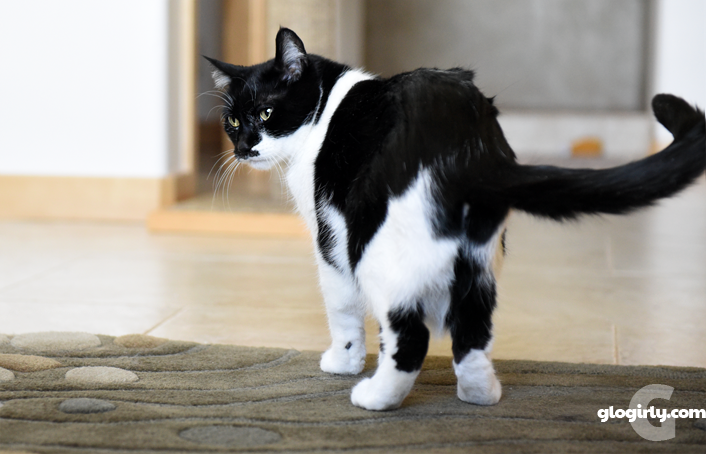 KATIE:  You mean like when Glogirly tells you to get off the counter, again and again? And again?

WAFFLES:  I can't hear you, Boss. I'm busy being handsome.

WAFFLES:  You know, for the ladies.

About Today's Photos
Every once in a while, Waffles tries to help Glogirly put on her makeup in the morning. And then Glogirly helps him off the counter. But today was a no-makeup day for Glogirly. She was just tidying up the house and happened into the bathroom. 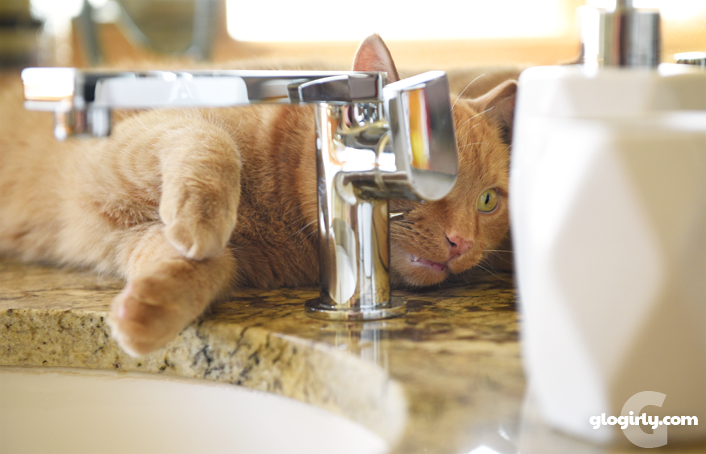 Fortunately, her camera was close by because that first photo at the beginning of today's blog post was exactly what she saw– Waffles looking like he was posing for a centerfold. When she started shooting, the mancat/supermodel started working the camera. He was twirling around the bathroom sink and faucet, totally showing off. A few trills and chortles were heard, then he finished the photo session with a kiss on the mirror.