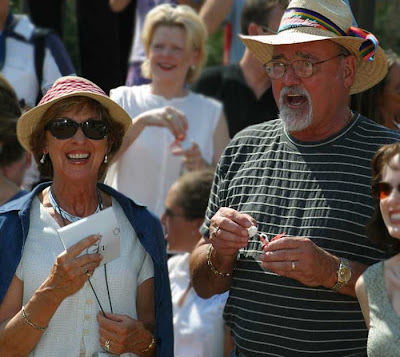 Hi everyone, Katie here.
Well if this just isn't the week of anniversaries and birthdays, I don't know what it is. Today is Muti & Sparky's wedding anniversary.
Muti & Sparky, also known as Sonja & Big Bob, are Glogirly's bestest girlfriend's parents. Glogirly says they are her surrogate mom and dad. She's known them for 34 years. Sheesh, that's 238 in cat years. And she still likes them. Impressive. 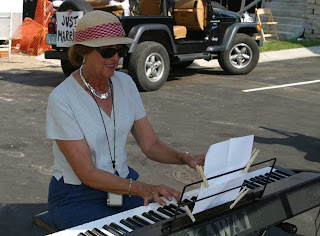 Muti & Sparky are two of Glogirly & Gloman's favoritest people. Muti is an amazing singer, composer and pianist. She has a library of over 10,000 songs stored right inside her head. Sparky is her biggest fan. He's much, much taller than me... over six feet taller to be exact, and he's got a strong, deep voice that would scare most cats, but he's a huge sweetheart. He's super smart and has a library over 10,000 really hard words in his vocabulary. 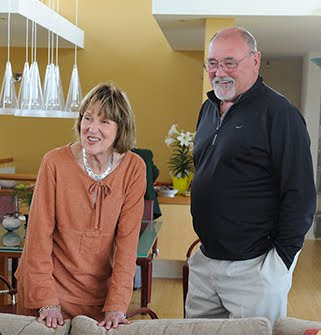 Muti & Sparky have poodles. Two of them. One is small enough for even me to tackle and the other could probably take me down with one paw tied behind her back. Poodles are much louder than cats and they are not smart enough to take care of their bathroom needs inside the house. But I try not to hold that against them. 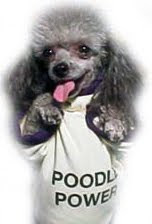 One of Glogirly's favorite memories is of a certain game of Taboo that she played with Muti, Sparky and their daughter Joanna, (Glogirly's bestest girlfriend.) It was right around this time of year up at Gull Lake in northern Minnesota. Glogirly had brought the game with her and the four of them decided to play. Taboo is played with two or more sets of partners. These sets of partners make up teams. Each team takes turns designating one player as the clue giver and one player and the word guesser. The clue giver tries to get the guesser to say a particular word. They give them lots of clues and hints as quickly as possible, trying to get them to say the correct word before the time runs out. The hard part is that certain words are off limits and cannot be used as clues. They are, of course, Taboo.

The competition was fierce. It was the young best friends versus the slightly older married couple. Joanna and Glogirly were laughing their you-know-what's off because they were kicking Muti and Sparky's you-know-what's. Joanna and Glogirly had an almost private shorthand way of communicating with each other that allowed them to guess each other's words instantly with only the most minimal and obscure of clues. For example, if the word to guess was "sweater," all either of them would have to say to the other as a clue would be "tones of blue." They didn't have to worry about the Taboo words they couldn't say, like cardigan, pullover, knitted or clothing. Just "tones of blue" and in less than one second the other would yell "sweater!" You see when they were in 7th grade they had matching sweaters from the Sears catalog. The sweaters had horizontal blue stripes ranging from light to dark, a gradation of blue tones. They called them their "Tones of Blue Sweaters."

The winning point that brought everyone to their knees went something like this. Sparky needed to get Muti to say "Candy Cane." He couldn't say the obvious words like Christmas, Candy, Santa Claus, even December because they were all Taboo. So he thought long and hard, wasting precious time, and finally in his careful and deliberate tone he slowly spoke, "A sweet confection consumed during the winter solstice." Muti was dumbfounded. Glogirly and Joanna nearly wet themselves they were laughing so hard.

And that's how it is with Muti & Sparky. Laughter, good times and lots of love. Sweet.
Happy Anniversary, Muti & Sparky.
For a couple of dog-people you are all right.