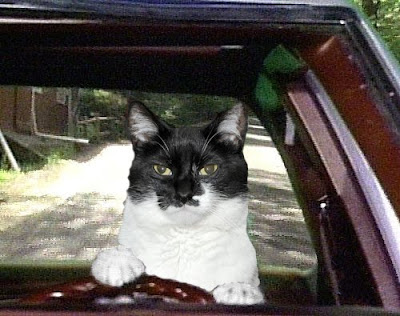 Hi everyone, Katie here,
Glogirly and Gloman are crazy. And they're now driving ME crazy. Glogirly is all about having a shiny red car. 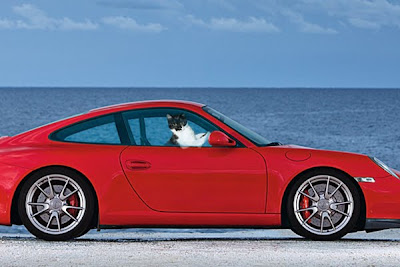 She even got me a carrier that matches her car. Not a fan of carriers, but as long as it's fashionable (and unzipped) I suppose I can live with that. 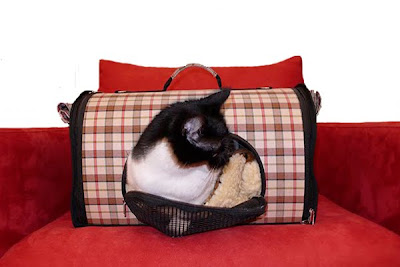 Gloman's has an insatiable need for speed. He's got this noisy box that sits in the window. It's called an escort. I thought prostitution was illegal, but whatever. To each his own. When I'm in his car (not often, but often enough) this escort hooker thingy makes a terrible piercing noise. Every time it screams, he slams on the breaks and mumbles something about pork and fuzz. 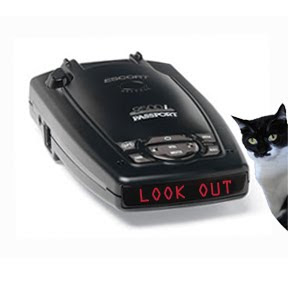 Although I'm not a fan of pork or any other bacon derivative, I do like fuzz. But frankly I just don't get the connection...speed, hookers, pork, fuzz...sounds quite unsavory, not to mention ILLEGAL. This whole thing leaves me confused.
Glogirly says that when Gloman gets too old to drive a car, he's going to need a really souped up hoveround. 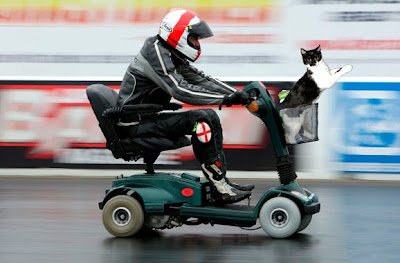